Cultural sightseeing in Saudi Arabia. What to visit - museums, temples, castles and palaces 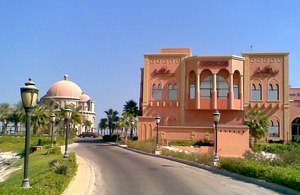 Historically, Arab tribes lived on the territory of the Arabian Peninsula. Many of them led a nomadic lifestyle. The prophet Muhammad, the founder of Islam, was born in the VI century in Mecca. He started preaching there. Therefore, the city is still a center of attraction for Muslims around the world. Millions of pilgrims visit the Great Mosque of Mecca every year during the Hajj. The first building was built in the VI century. But the existing building belongs to the XVI century. The building has become able to accommodate more than a million visitors at a time after several renovations, including the recent one carried out in the XXI century. You can get in through one of the 95 gates. There are 9 minarets in the mosque. This is the largest number in the world. The cubic structure, which is the main Muslim Shrine, is located in the courtyard of the mosque. This is the Kaaba or "Holy House". The black stone is embedded in the corner of the structure. Scientists consider it a meteorite. Muslims believe that this stone was brought from Paradise. Only Muslims are allowed access to Mecca.
National traditions and mentality of people in Saudi Arabia
Saudi Arabia is a peculiar country. It was closed to tourists until recently. The crown Prince started taking steps to develop tourism, building …
Read further
Mount Arafat is located 20 kilometers from Mecca. This is the place where the prophet delivered his last sermon. It is also included in one of the stages of the Hajj along with the Mina and Muzdalifa valleys. The Jamarat pedestrian bridge is located in the Mina valley. It is used by pilgrims during the ritual of Stoning Devil. The largest architectural complex in the world by mass is located in Mecca. This is Abraj al-Bait. The tallest clock tower in the world is included in the complex.
The Medina is also closed to adherents of religions other than Islam. This is due to the fact that Medina is the second Holy City of Muslims. The prophet Muhammad also lived and preached here. The al-Masjid al-Nabawi Mosque is the place of his burial. The style in which the mosque is built has become canonical for mosques around the world. Muhammad settled in this place after performing the Hijra. He started the construction of the mosque. The first mosque was open. It was a large courtyard that was a place of prayer, a religious school, and a community center. This building was subsequently rebuilt several times. Copyright www.orangesmile.com
Things to do in Saudi Arabia - active leisure
Strict observance of religious dogmas affects the lives of citizens of Saudi Arabia. Many things that are common to Europeans are considered depraved …
Read further
Quba Mosque is the oldest mosque in the world. It was also laid down by the Prophet. However, the construction of the mosque was completed by his supporters. Unfortunately, nothing remains of this mosque. The new mosque was built on its foundation in the XX century. 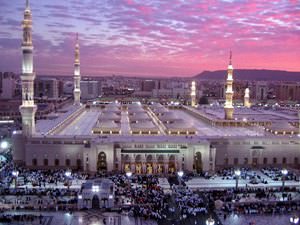 The ancient city of Ta'if was the center of worship of the goddess of the eponymous tribes. Its sanctuary was destroyed by Muhammad, who converted the inhabitants to Islam. Local tribes tried to stone Muhammad here in a place called Wadi Mitna. The famous Damask rose, which has 30 petals grow on the rose plantations of Ta'if. Peak flowering occurs in April. Rose petals are used in the perfume industry. Ta'if is a popular summer resort where foreigners are allowed.
What you need to know about Saudi Arabia prior to visit - advices
1. Saudi Arabia is a country of strict rules. The norms of behavior are subject to religious dogmas here. Even if a rule is not legally established …
Read further
Riyadh is the capital of Saudi Arabia. The city is quite young. But it is developing rapidly. Only 160,000 people lived here in the 60s of the last century. The population is more than 7 million people today. You can see the oldest buildings in the city in the historical center of Batha. The National Museum is located here. Masmak fort is located near the museum. It was built in the XIX century. The tallest building in the capital is the Kingdom Center (Burj al-Mamlaka). This is a 90-story skyscraper. There are a hotel, mosque, offices, and apartments here. Murabba Palace was built as a country residence near the city at the beginning of the XX century. The palace is open to the public today. 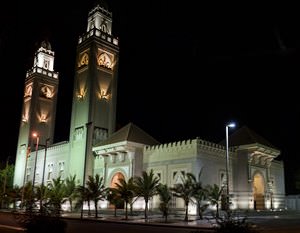 The city of Al-Hofuf is located in Al-Ahsa Oasis. It is considered the cultural center of Saudi Arabia. According to legend, Leyla and Majnun died here. The ruins of the fortress walls and Ibrahim Palace are preserved in the city. The palace was built more than 500 years ago under the Ottoman Empire.
What to see and what to visit in Saudi Arabia with children
The best resorts and beaches in Saudi Arabia are located on the Red Sea coast. Infrastructure is being created and tourist access to the region is …
Read further
Jeddah in the district of Mecca was founded in the VII century. It began to develop rapidly when it became one of the points of the Hajj. The City Museum is full of interesting collections. It is located in a building of amazing beauty, which is more than 200 years old. You should take a walk around the Old Town in Jeddah. This is El-Balad, built up with old houses and mosques in a mixed Arab-Turkish style. The White Floating Mosque in Jeddah is located off the Red Sea coast. It is harmoniously integrated into the surrounding landscape. The building stands on stilts driven into the seafloor. The Fahd’s Fountain throws water to a height of 120 meters. It is a magnificent sight. The fountain is illuminated at night. Mada'in Saleh is a complex of rock burials. Their age is about 2000 years. Famous residents of the city of Hegra, which belonged to the Nabataean Kingdom with its capital in Petra, were buried here. Pre-Islamic rock inscriptions were found on the territory of the complex. Foreign tourists can visit the complex. However, they must get permission to do this. The most convenient way to do this is through a travel agency.

This article about cultural sites of Saudi Arabia is protected by the copyright law. You can re-use the content, but only under the condition of placement of an active link to www.orangesmile.com.
Saudi Arabia guide chapters 1 2 3 4 5 6 7 8 9 10 11 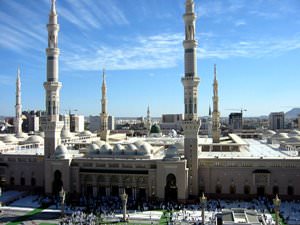 The largest mosque in the world is located in Mecca. On the territory of the Al-Masjid al-Haram Mosque is the most important Islamic sanctuary - the Kaaba. As the legend tells, the construction of the first mosque near the great sanctuary began in 638. The mosque, which is visited by millions of believers today, was mentioned in the historical documents for the first time in 1570. The mosque area is 357 000 sqm, and the height of the minarets reaches 95 meters. Four huge gates serve as an entrance into the mosque. In addition, the mosque was equipped with 44 entrances all round.

Apart from the Kaaba, the mosque also preserves many other religious sanctuaries, including the stone 'makan Ibrahim' and the holy source Zam-zam. The last major reconstruction of the mosque was completed in … Read all 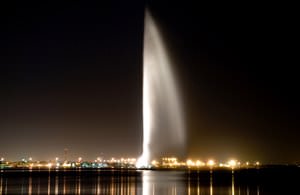 In Jeddah is the beautiful fountain, which was named in honor of King Fahd and opened in 1983. After opening, the unique fountain threw the water jet at the height of 120 meters and was recognized as the highest fountain in the world in 1983. Already two years later, the fountain was modernized and the height of the water jet reached 312 meters, thanks to the new mechanical constructions, which is still a world record. The grand fountain was built during the reign of King Fahd ibn Abd al-Aziz, whose honor he was named.

Although the age of the fountain is more than 30 years, he is not only surprised by the impressive shape, but also by the technical characteristics. Every second, 18.8 tons of water are found above the fountain, which is pushed out of the only powerful nozzle. The speed … Read all
All unique sightseeing Saudi Arabia

Famous sites of culture and history of Saudi Arabia in photoset

Culture and monuments in popular cities of Saudi Arabia

Riyadh
The Al Masmak fort is a remarkable site of the city, it was built in 1865. It has been well preserved till present days. The grand building of the fort still impresses its visitors, the height of the fort tower is 18 meters. Tourists have an opportunity to walk along the fort halls and get up to its observation tower providing a breath taking panoramic view of the city. The heritage center is hosted in the halls of the fort, inviting tourists to explore priceless historical artifacts. The … Read more

Jeddah
Without a doubt, Nasif and Sharbatly mansions are the most striking architectural monuments of the city. Several centuries ago they belonged to families of noble merchants. These magnificent palaces simply amaze visitors with their unique architectural style and rich decoration of the inner premises. The historic district of Jeddah is surrounded by modern quarters with high-rise office centers and shopping complexes. Such a contrast makes the city even more original. The modern part of Jeddah … Read more

Mecca
The last extensive reconstruction of the mosque took place more than 30 years ago. Thanks to a series of renovation works, the Al-Haram complex was extended and two minarets appeared there. The size of the modern mosque is 309,000 square meters, and the height of the construction is 95 meters. For the convenience of guests, Al-Haram has escalators and a modern air-conditioning system in the halls. Al-Haram Mosque is a unique religious building that can provide space for up to 700,000 people … Read more

Medina
All other Muslim temples in the world were built in the likeness of the main mosque, which has a lot of interesting architectural features. In total, the construction has 10 minarets, the maximum height of which is 104 meters. Many people recognize the world's main Muslim temple by its original green dome. This dome has a very interesting meaning: according to historical data, the prophet's tomb is located under it. Besides the Prophet Muhammad, the mosque became a burial place for some Muslim … Read more