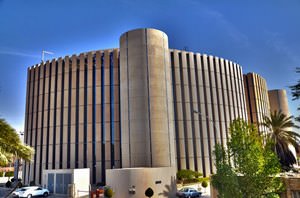 1. Saudi Arabia is a country of strict rules. The norms of behavior are subject to religious dogmas here. Even if a rule is not legally established but it is provided by Sharia law (Muslim law) it must be observed. The religious police "mutawa" monitors the observance of these dogmas. There are plain-clothes employees in public places constantly. A foreigner can be deported from the country for non-compliance with the rules.
2. The State has been opened to tourists relatively recently. However, non-Muslims are still not allowed in many places. It was possible to obtain only a business visa, a working visa or a visa for the pilgrimage previously. The tourism infrastructure is being developed with the support of the current ruling Sultan. Today, it is possible to obtain a tourist visa but only for a group of tourists and through an agency. An independent traveler will not be allowed into the country. The visa will not be given to a tourist who has an Israeli visa in their passport. All women over 12 years of age should be dressed in strict clothing, preferably an Abaya. Men are also not allowed to expose their arms and legs above the elbows and knees.
3. The ban on photography in public places was abolished in 2006. However, permission is still required for shooting certain objects. Men can be photographed with their permission. Women should not be photographed at all. All buildings belonging to the Royal family are not allowed to be photographed.
Shopping in Saudi Arabia - best shopping places, what to buy?
Shopping in Saudi Arabia is one of the main attractions due to the lack of sufficient other entertainment. The country's religiosity affects all areas …
Read further
4. It is strictly forbidden to drink alcohol in Saudi Arabia. You won't find it in stores or restaurants. Severe penalties are provided for its use. This is a punishment with rods for the locals. The locals are more tolerant of smoking. But the ban on smoking in public places has been introduced in recent years. Hookah bars are also closed.
5. If adult tourists do not perform Hajj they do not have to be vaccinated. Young children should be vaccinated against polio, whooping cough, and tetanus. Pilgrims performing the Hajj must provide certificates of vaccination against viral meningitis. Believers coming from certain countries must also be vaccinated against diphtheria and yellow fever.
6. If you plan a trip to the country you should know in advance the time when the Holy Month of Ramadan begins. Restrictions are imposed not only on Muslims but also on tourists at this time. You will have to give up eating and drinking during daylight hours. It should also be taken into account that residents do pray several times a day in this country, unlike all other Muslim countries. Therefore, it is not possible to perform any actions at this time. Friday is a Holy Day for Muslims. It is a day off.
7. You should start the conversations from afar to demonstrate politeness. You should not talk on the subject of women's rights, politics, and religion. Do not put your hands in your pockets. You should not touch the person you are talking to. You should greet men with a handshake. You can say Hello to women only with permission. You need to take off your shoes when entering houses and mosques. You can't sit cross-legged and point your foot at the other person. You should give something to the other person only with your right hand. Copyright www.orangesmile.com
8. The public transport system is poorly developed. Buses run through the cities. But stops are not even announced in them. Most residents travel by taxi and their own cars. You can pay using the meter in a taxi. You can also agree on the price before getting into the car. Official taxis are white. But there are numerous illegal taxis at airports. You should not use their services. The man sits next to the driver in the taxi, and the woman – in the back. Unmarried women are allowed to use the services of official taxi drivers.
9. Summers are extremely hot and dry in Saudi Arabia. The temperature reaches 50°C. Winters are quite cold and windy. The temperature drops to 0°C in some areas. It is better to plan trips for spring and autumn.
10. The level of security is very high in the country. The traveler has almost nothing to fear, except disorderly drivers. Traffic rules are almost not observed here. Drivers drive at high speeds. They don't look in mirrors. You should be careful when driving and crossing the road.
11. You should always have your identity documents with you. You can go to jail if you can't show your documents to the police.
Saudi Arabia sightseeing - top places to visit
Saudi Arabia has always been a large centre of pilgrimage. Despite the fact that this country doesn't do much to promote its tourism industry, every …
Read further
12. English is very poorly spoken. You should have a vocabulary or phone with Internet access. You should also learn the name of your destination when traveling by taxi.
13. Access to some cities is restricted to non-Muslims. You should get permission to visit some attractions. It is best to do this through a local travel agency.
14. Private beaches are considered the best in the country. They are less conservative. Women don't have to swim in a burkini or Abaya there. Places on these beaches must be booked in advance.
15. Tips are 10 % of the amount. But it is customary to leave a tip of 15 % in luxury hotels.

This collection of travel tips for Saudi Arabia is protected by the copyright law. You can re-use the content, but only under the condition of placement of an active link to www.orangesmile.com.
Saudi Arabia guide chapters 1 2 3 4 5 6 7 8 9 10 11 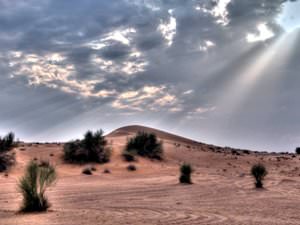 Almost a third of the Arabian Peninsula is occupied by Rub al-Khali Desert, and its hottest area is situated in Saudi Arabia. Temperature record, which was placed in the desert, was 56°C. Taking into account that no more than 35 mm of rainfall fall in the desert yearly, this fact doesn’t seem surprising. Rub al-Khali Desert is considered one of the most inclement on the planet; foot researchers succeeded to overcome it for the first time only in 2013. Desert area of 650,000 km² is situated in four different states: Saudi Arabia, Yemen, UAE and Oman.

Main attractions of the desert are sand dunes, which can reach a height of 250 meters. Sand contains a significant portion of the iron oxide, that’s why it has orange and red hues. Literally, Rub al-Khali can be translated from Arabic … Read all
All unique sightseeing Saudi Arabia

Riyadh
1. Foreign guests should keep in mind specific aspects of behavior during a vacation in the city. It is not recommended to appear in the streets in too bright and provoking clothes as it will be interpreted rather negatively. Tourists are as well recommended to avoid sentiments in any form in public, even married couples should avoid hand in hand walking in the city. 2. Local people have a rather strict attitude to alcohol too, being drunk in public is considered to be one of the most serious … Read more

Jeddah
1. Do not forget to take the national currency when you plan to visit local markets and shopping centers. Money can be exchanged at banks or one of private exchange offices. Tourists should pay attention not only to the proposed exchange rate, but also to the amount of commission charged. 2. Payments by credit cards are accepted in all major shopping centers, restaurants and gas stations. Local markets are better to be visited with a lot of money in small denominations. This way it will be … Read more

Medina
1. If exploring religious shrines is not the only purpose of your trip, the best time to visit Medina is between November and February. During this period, there is the lowest concentration of pilgrims in the city. 2. Most tourists visit the city during major religious holidays. It is recommended to book hotels for such periods well in advance. There may not be any free rooms for the required period even a month before the holiday. 3. According to the traditions prevailing in the city, … Read more