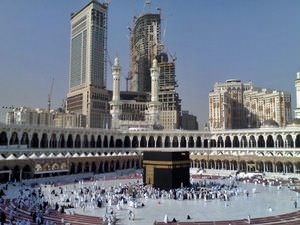 Saudi Arabia has always been a large centre of pilgrimage. Despite the fact that this country doesn't do much to promote its tourism industry, every year the country is visited by thousands of travelers, who want to see beautiful ancient cities and internationally famous sanctuaries.
Shopping in Saudi Arabia - best shopping places, what to buy?
Shopping in Saudi Arabia is one of the main attractions due to the lack of sufficient other entertainment. The country's religiosity affects all areas …
Read further
Several important tourist objects are located in the capital of country, the city of Riyadh. Here travellers are recommended to visit the Masmak Fortress that was built in the middle of the 19th century. The fortress was a witness of many important historic events, and since its building it changed owners several times. Initially, the fortress was used as a warehouse, and later a museum was opened in it.
Diriyah is a very interesting and old city located not far away from the capital. Travelers are recommended visit this place as they will find many fascinating attractions there. Beautiful palaces, mosques and a thick protective wall remind of the past glory of this place. Diriyah was founded in 1446 and for more than three centuries the city was the most prosperous settlement of the Middle East. In the beginning of the 19th century, the city was completely destroyed by the Turks. After that, Diriyah was carefully restored during many years, and nowadays it's a very interesting research center for scientists and archaeologists. There are also modern buildings in the capital, and they deserve close attention. Kingdom Centre is considered one of the most famous skyscrapers in Riyadh. The height of the building is 311 metres, and its 47 floors have become home for numerous offices, conference halls, sports clubs, restaurants and a five-star hotel. Copyright www.orangesmile.com
When and where to 'hang out' in Saudi Arabia - festivals and celebrations
Saudi Arabia is a country where everything is subject to religious dogmas. There are not many official holidays here. All of them are religious in …
Read further
However, Medina has remained the most famous destination for pilgrims for several hundred years. There are many beautiful mosques in the city, but the Quba Mosque remains one of the most famous of them all. This is one of the oldest mosques in the world, and first stones of the mosque were positioned by the Prophet Muhammad. The building attracts not only pilgrims, but also architects as this mosque is a great example of first Islamic buildings. Al-Masjid an-Nabawī is the second most important religious shrine for Muslims. This mosque is also known as the Mosque of the Prophet. There are many legends and tales connected with the mosque. It has changed its original look greatly as every epoch added new features to its design and architecture. 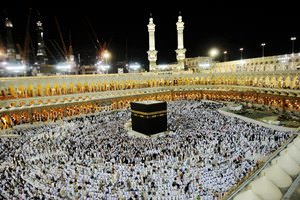 The Great Mosque, Masjid al-Haram, remains of the most famous destination in Mecca. This mosque hosts a priceless religious artifact of all Muslims - the Black Stone. According to a legend, this stone was gifted by God to Adam and Eve as a symbol of forgiveness. The mosque amazes visitors with its size and beautiful design.
For active traveler - national parks, landscapes and nature of Saudi Arabia
The climate of Saudi Arabia is harsh and arid. The air temperature rises to 50 degrees in many regions in summer. The animal world is quite diverse at …
Read further

Saudi Arabia is famous not only for its religious attractions. Its guests also have an opportunity to enjoy different entertainments. Food traditions of the country deserve to be mentioned. At national restaurants, dishes are still cooked by special old recipes. Main values of the national cuisine are beef and lamb dishes. Poultry is cooked here in a special way too. A famous national dish is corn porridge called burgul. Another masterpiece of the national cuisine is guzi, i.e. baked lamb that is filled with spices and nuts when being cooked. 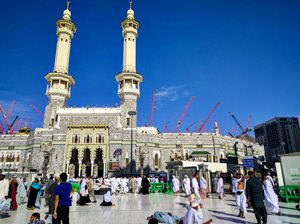 The people of Saudi Arabia are one of the world leaders in consuming coffee. Making and drinking coffee is a real ceremony for the locals. On the market, tourists can choose different types of coffee and popular supplements to them. The locals have coffee with spices. The most popular supplements are cardamom and cloves. In gift shops, visitors can buy beautiful accessories for preparing and having this popular national drink.
Unique sights of Saudi Arabia from our series 'Extreme places on Earth'
These spots really worth the attention of a real traveler-researcher. …
Read further
Beach recreation and entertainments deserve a special attention. There is one of the most beautiful coral reefs in the world at the coast of the country. Both experienced divers and beginners will find here dive sites. Not so far from the coast are beautiful islands with wild beaches and pristine nature located. You will diversify your beach recreation by visiting them. 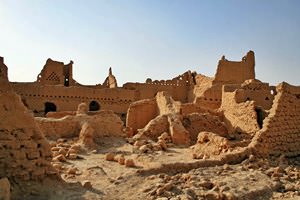 Shopping enthusiasts will not be disappointed too, as they will have an opportunity to walk along picturesque eastern markets. When walking along colorful market rows, you can buy popular national spices, clothes in the national style and jewels at attractive prices. Visitors of local markets and small private shops should remember that it is accustomed to bargain here. For local sellers, the bargaining has long become an old kind rite that lets lower prices of many products significantly. Friday is a day off in the country, so most of the markets and shops do not work on this day.

This article about iconic landmarks and sights of Saudi Arabia is protected by the copyright law. You can re-use the content, but only under the condition of placement of an active link to www.orangesmile.com.
Saudi Arabia guide chapters 1 2 3 4 5 6 7 8 9 10 11

Famous and uniques places in Saudi Arabia from our review series 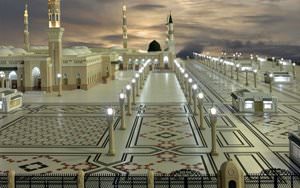 Al-Masjid an-Nabawi mosque, where the Prophet Muhammad is buried, is the major religious symbol for Muslims. According to the history, the first mosque was built here at the times of the prophet’s life. Later the modest holy place was set up enormously under the authority of Islamic rulers. Today the mosque stands out not only by the enormous size but also by the adorable design. This effect was made due to the usage of noble marble breeds and precious stones.

There is no accurate date of the mosque building that we see now. The first references to it are unknown but the first mentions of it date from the 12th century. Apart from the Prophet Muhammad, two first Muslim Khalifa - Umar and Abu Baker, were buried here. At the beginning, the mosque has executed a wide range of functions: … Read all 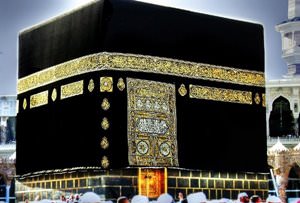 The Kaaba is the main Muslim shrine, which during hadj, gathers pilgrims all over the world. The Kaaba is an unusual and very harmonious temple of a cubic form, the walls of the temple are painted in black and adorned with elaborate painting with gilding. The height of the main Islamic shrine is 13.1 meters. For Muslims Kaaba is a kind of reference point, it is just the side, to which they turn their eyes every day during prayer. Until now, the exact date of the construction of the temple, as well as its founder, is for certain unknown.

At the beginning of the 7th century, the Kaaba underwent the first major reconstruction, each year the number of pilgrims became larger, so the area around the church gradually expanded. The shrine repeatedly suffered from floods and fires, after which … Read all 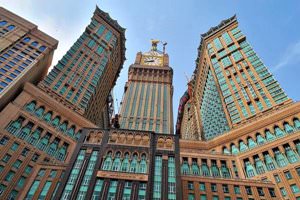 The most recognizable architectural landmark of Saudi Arabia is a complex Abraj Al Bait. That’s the world's heaviest network of buildings. This complex also features impressive height; it’s the highest in the country. Towers stream upwards for 558.7 meters. Abraj Al Bait is in Mecca, in the vicinity of Al-Haram and other Islamic shrines. The complex of buildings houses several hotels that each year welcome more than 5 million pilgrims from around the world. In addition, there is a large shopping mall and various dining places.

Among the main design features of the architectural complex it’s worth noting helipads on the roof. The highest in the complex is the Royal Tower, it is decorated with a huge clock face. The dial diameter is 43 meters. A huge clock is located at an altitude … Read all
All unique sightseeing Saudi Arabia 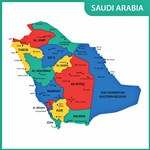 Riyadh
The National Museum of Saudi Arabia is considered the main state museum of the country. Its extensive collection of exhibits has no equal. For the convenience of visitors, the exhibits are divided into eight thematic sections. The hall with archaeological exhibits is of greatest interest. Unique scientific artifacts are kept there. A separate collection is devoted to the history of the formation of Islam. The most beautiful religious monument is Al-Madi Mosque built of red brick. Its walls … Read more

Jeddah
One of the highest fountains in the world, which was named after King Fahd, is located in Jeddah. The height of the fountain is 312 meters. With the onset of darkness, this fountain highlights 500 floodlights. This gorgeous fountain can be admired endlessly. It is one of the most photographed places in the city. The Al-Rahma Mosque, which is also known to many travelers as the Floating Mosque, is considered to be the most beautiful architectural monument. The thing is that it is located … Read more

Medina
An original historical site is the ancient cemetery Jannat al-Baqi. It is believed that in this cemetery many rich and famous inhabitants of Medina buried. It is now impossible to find the tombs. From many tombstones there were only fragments of old stones covered with cracks because, for many years the cemetery was in desolation. Not long ago, a tourist center was built on its territory. Excursions to the alleged graves of the great prophets are organized for pilgrims and tourists. Fans … Read more

Al Khobar
Those who love relaxing in picturesque places on a hot day should visit the park called Oasis Garden. It is very big and beautiful. In it, you can always find a comfortable place for peaceful recreation. The park is distinguished by the diversity of plants, so it is quite cool even on a hot day. The most unusual attraction is King Abdulaziz Air Base. Now, it is used as intended, so non-authorized people are not allowed to enter the base. Despite this, tourists can take interesting … Read more