National traditions of Saudi Arabia. Habits, mentality and the way of living 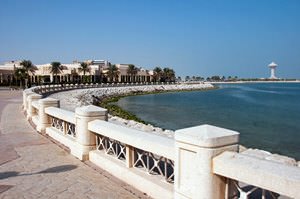 Saudi Arabia is a peculiar country. It was closed to tourists until recently. The crown Prince started taking steps to develop tourism, building hotels on the Red Sea and the Persian Gulf a few years ago. Access to the country is still quite difficult. A visa is required to enter the country. It is forbidden to travel alone, especially for women. Only Muslims can visit Mecca and Medina.
Unique sights of Saudi Arabia from our series 'Extreme places on Earth'
These spots really worth the attention of a real traveler-researcher. …
Read further
Religion is not separate from the state. Sharia law takes precedence over secular laws. There's religious police here. Even a Prince can be punished by it. The law does not require women to be in closed clothing, with their head covered, and their faces covered outside the home. But the religious police strictly enforce this rule and severely punish those who are guilty. Previously, the Abaya (closed garment) could only be black. It was also necessary to cover the face and the eyes. Abayas with embroidery and different colors have appeared in recent years. But they are still not widespread. Many women leave their eyes open. Tourists do not have to wear an Abaya. But their clothing should be closed and their head covered. Clothing should not be transparent and emphasize the silhouette. Traditional dress, shirt or trousers, or fashionable modern designer clothing can be under the Abaya.
Women are restricted in their rights. They were allowed to drive, attend sporting events, and leave the house without a male escort only recently. The rule that a woman must have a male guardian was recently abolished. Women were able to have passports. The woman was entered in the passport of the father, and then the husband’s passport before that. A single woman without a male escort may not be allowed into the country. Women can vote only in municipal elections. They can't communicate with strange men. All public places and establishments are divided into women's and men's zones. Women were not able to work until recently. This led to the fact that the sellers in women's clothing stores were also men. This meant that women could not try on clothes even in the changing room. Copyright www.orangesmile.com
Saudi Arabia sightseeing - top places to visit
Saudi Arabia has always been a large centre of pilgrimage. Despite the fact that this country doesn't do much to promote its tourism industry, every …
Read further
The man is the head of the family. He may have several wives. Religion also imposes certain restrictions on men. But their number is incomparably less than that of women. Gambling and alcohol are prohibited. The penalty for violation will be very significant. Revealing men's clothing is also not welcome. Men wear traditional closed attire. This is a long wool or silk shirt to the ankles, a handkerchief "gutra" on the head, which is attached with a cord tied around the head. 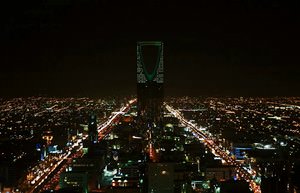 An invitation to visit is very rare, especially for foreigners. It is customary to give a small gift to the owner and children in such cases. Women will not be present at the table since they are forbidden to communicate with strange men. It is considered normal to be late. There may be situations when guests arrive before the hosts. It is not customary to keep dogs in the house. They are considered dirty animals, unlike the cats favored by the prophet Muhammad.
National cuisine of Saudi Arabia - specialties, recipes and restaurants
The cuisine of Saudi Arabia was formed under the influence of the nomadic lifestyle of the peoples inhabiting the Arabian Peninsula, the climatic …
Read further
Families are deeply patriarchal. A husband can divorce his wife at any time by uttering the sacramental phrase "you are divorced". As a rule, children stay with their father. A woman can also file for divorce. But she will need 6 witnesses for this. The reason may be a lack of financial support or neglect of marital duties. 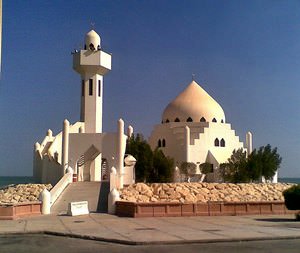 Dancing with members of the opposite sex is strictly prohibited in Saudi Arabia. Many other modern dances are also forbidden. It is believed that they undermine the moral foundations. National dances performed by men are allowed. Cinemas opened in 2108 after a break of almost forty years.
Saudi Arabia cultural sights. What to see?
Historically, Arab tribes lived on the territory of the Arabian Peninsula. Many of them led a nomadic lifestyle. The prophet Muhammad, the founder of …
Read further
Some rules of communication are unusual and strange for Europeans. The left hand is considered unclean. It is forbidden to direct your feet in the direction of the interlocutor, keep your hands in your pockets, actively gesticulate, and touch the interlocutor. You can't talk about religious or political issues. 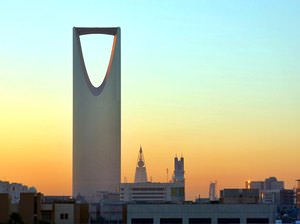 You should be careful when photographing people and objects. Permission is often required for this. It is strictly forbidden to photograph buildings belonging to the Royal family. You can photograph men with their permission. It is forbidden to photograph women. Street photography was only allowed in 2006. It was not possible to buy a smartphone with a camera in the country until recently.
Things to do in Saudi Arabia - active leisure
Strict observance of religious dogmas affects the lives of citizens of Saudi Arabia. Many things that are common to Europeans are considered depraved …
Read further
Sharia is intolerant of any other religion. It is forbidden to publicly preach, build temples or even pray. This can be done only in private homes only by representatives of those faiths that are officially allowed. Their list is approved by the Ministry of labor. Any public meetings other than Muslim prayer meetings are prohibited, even if it is a normal picnic.

This article about national traditions in Saudi Arabia is protected by the copyright law. You can re-use the content, but only under the condition of placement of an active link to www.orangesmile.com.
Saudi Arabia guide chapters 1 2 3 4 5 6 7 8 9 10 11

Riyadh
Often female clothing is decorated with gold threads and precious gems, under loose clothes women often wear elegant dresses and jewelries. As many years ago so now local women can’t come out into the street without a male relative. Their main duties are children upbringing and house holding. But at the same time local women have got some liberties for the past dozen years. Now they can get one of the most needed jobs and work, however there is a single sex education in the country so local … Read more

Jeddah
The concept of "family" is also of particular importance for indigenous inhabitants. As a rule, a family consists of representatives of several generations, who continue living together and have a shared household. The oldest man is considered the main member of the family. In future he will transfer this duty to his sons. According to a tradition the youngest son must continue living in his parents' house even after making his own family in order to help parents and care for them. One of … Read more

Mecca
All major Hajj events take place at the end of the first seven days of the month of Dhu al -Hijjah in Mecca. The rite of worship of the Kaaba is performed first. Hundreds of thousands of people perform this ritual every day, arriving in Mecca not for the Hajj, but for Umrah. This is a small pilgrimage that is not limited by time frames. The Kaaba is revered as the stone that Allah gave to Adam. This happened when Adam, banished from Paradise, arrived at the place where Mecca is located now. … Read more

Medina
Locals consider their hometown to be clean in every sense of the word, any manifestations of destruction are prohibited here. In Medina, you cannot pick flowers and break tree branches, as well as show a negative attitude towards animals. If the purpose of the trip is not major religious holidays, it is recommended to avoid them. Many pilgrims always flock to Medina on such days, so it may be not very comfortable to admire the local historic sights and monuments of modern architecture. The … Read more