Family holidays with children in Saudi Arabia - attractions and entertainment 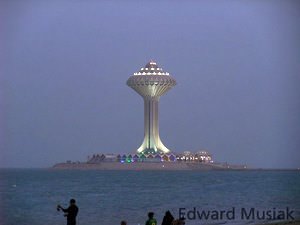 The best resorts and beaches in Saudi Arabia are located on the Red Sea coast. Infrastructure is being created and tourist access to the region is being facilitated today. The air temperature is quite high even in winter. The water temperature ranges from 25-30 °C all year round. You can spend time with children on the country's beaches at almost any time of the year. You can find the best beaches in Jeddah. Bhandari Resort is a private beach. Conditions for families with children are created here. Water Park and game rooms will give children an opportunity to spend time in an interesting way. Parents can relax. Half Moon beach on the Persian Gulf coast is equipped with playgrounds and an amusement park. Durrat Al Arous in Jeddah has its own theme park.
Saudi Arabia cultural sights. What to see?
Historically, Arab tribes lived on the territory of the Arabian Peninsula. Many of them led a nomadic lifestyle. The prophet Muhammad, the founder of …
Read further
There are also a couple of theme parks in Jeddah. You can visit them with children. Atallah Happy Land is an amusement park where you can also go rollerblading, play video games and bowling, skate, and visit a 6D cinema. Al-Shallal theme park is a two-story building. There are a skating rink and roller-drome here. The tracks have different themes. For example, the Amazon Track is equipped with lagoons, waterfalls, and animal figures. There are also zones that imitate the European village and the Far East. Al Rawda, Al Barajon, and Al Hokair Land are huge amusement parks in Riyadh. King Fahd is an outdoor adventure park in Dammam. You can visit the tourist village of Al Kar near Ta’if. One of the most interesting attractions here is the cable car. A water park is also located nearby. Chuck E. Cheese's is a new two-story entertainment center in Jeddah. The center is equipped with a variety of attractions for children of all ages. Fun Times is the entertainment center for the little ones in the shopping center Red Sea Mall.
The Stationery Fantasies Water Park (Royal Maktabat) in Jeddah is designed exclusively for children. There are many pools and slides here. The service staff looks after the children while the parents go shopping or sit in restaurants, from the windows of which they can watch the child. Intenso is a play center for teenagers in the Serafi Mega Mall. There is a food court, recreation area, bowling, and various games here. Cafe Ceramique in Jeddah conducts master-classes for children on painting and creating various ceramic products. Copyright www.orangesmile.com
Things to do in Saudi Arabia - active leisure
Strict observance of religious dogmas affects the lives of citizens of Saudi Arabia. Many things that are common to Europeans are considered depraved …
Read further
The National Zoo was opened in Riyadh in 1987. More than 1,500 animals live here. You can see both typical animals for the country and exotic ones there. This is the largest zoo in the country. There is also a zoo in the city of Ta’if. Al Rafia Wildlife Reserve & Sanctuary are opened in Jeddah. You can see the animals there in their natural habitat. You can get acquainted with the rich animal world of the Red Sea in one of the aquariums of the country. Fakieh Aquarium in Jeddah is equipped with huge aquariums and an underwater tunnel. Dolphin shows are held here. You can see the seals. Fayfa Garden in Jeddah is a small zoo with a garden and a cafeteria. 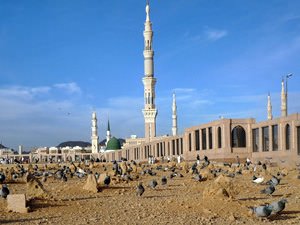 An unusual children's interactive museum opened in Riyadh recently. Its modern design was conceived by the architect as the embodiment of a treehouse. Houses of different styles are located in different halls of the museum. Children will be able to climb into each of them and touch everything there. The exterior walls of the museum are covered with mosaics that glow from the inside in the evenings. Children can not only learn to explore the world in the form of a game but also experience exciting adventures here. Children will also be interested in the King Abdulaziz Center for World Culture (Ithra). It was opened in 2017. The center is built in a modern style. It combines architectural concepts of the past and future. In addition to the children's museum, there is a cinema, library, and Tower of Knowledge in the center. The Mishkat Interactive Science Center will appeal to future young scientists. In addition to interesting scientific exhibitions, there are special training programs for children in the center. All programs and projects are focused on the theme of energy. The main idea is to explain to children why energy is so important. Children will also learn about the need to search for alternative sources of information. There are special family days, training, programs for students, and courses for schoolchildren.
What you need to know about Saudi Arabia prior to visit - advices
1. Saudi Arabia is a country of strict rules. The norms of behavior are subject to religious dogmas here. Even if a rule is not legally established …
Read further
The Aviation Museum in Riyadh has an impressive collection of civil and military aircraft models. Children will be able to climb on some of them. Sail-Island Water Park in Jeddah is equipped not only with a huge number of water rides but also has sand rides. The sandy area is equipped with playgrounds where it is convenient to build sandcastles and dig in the sand. 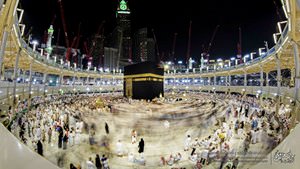 The opportunity to ride a camel is one of the most interesting and unusual children's entertainment in Saudi Arabia.

This article about vactions in Saudi Arabia with children is protected by the copyright law. You can re-use the content, but only under the condition of placement of an active link to www.orangesmile.com.
Saudi Arabia guide chapters 1 2 3 4 5 6 7 8 9 10 11

Aquariums in Saudi Arabia
♥   Aquarium 'Fakieh Aquarium' . On the map

Jeddah
With older children, you can go to the entertainment center IN10SO. It is indoors, so you can relax comfortably even in the heat of a hot day. The choice of entertainment for visitors to this center is huge. There is a bowling alley, an excellent carting center and even a hall in which you can learn how to shoot arrows. There are also special halls for the gaining popular laser games. One of the gaming halls is designed for the youngest visitors. In the center, there is a climbing wall. For … Read more

Mecca
However, it should be noted that there is a fairly large entertainment center in Mecca. You can go with the whole family there. It is located in Al Hijaz Mall. This is a major shopping center. It is the second most popular center after Makkah Mall. The shopping center is famous for comfort especially for visitors with children. The entertainment center is located on the top floor. There are standard slot machines designed for kids, teenagers and adults. There are also arcades like "hit the … Read more

Medina
Among the museums to be visited with kids, the outstanding one is the Madina Media Museum that tells about the history and heritage of the city. Here, the history of Al-Masjid an-Nabawī from the Hegira to the present is presented in great detail, and also colorfully shown through the model of old cities, on the site of which Medina was built. Another museum tells about the Hejaz Railway built during the reign of Abdul Hamid II. Its name is Al Hejaz Railway Museum. Apart from that, you can … Read more

Map of Saudi Arabia cities for family trip with kids