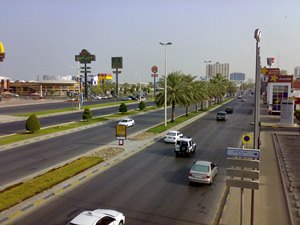 Saudi Arabia is a country where everything is subject to religious dogmas. There are not many official holidays here. All of them are religious in nature. New Year is not celebrated in Saudi Arabia. Moreover, the religious police forbade foreigners and tourists living in the country to celebrate the New Year. This is due to the fact that the country lives on a different calendar. The Muslim New Year (Muharram) is not celebrated in a special way. Valentine's Day is also banned as a holiday that is alien to Islam and undermines morals.
Saudi Arabia cultural sights. What to see?
Historically, Arab tribes lived on the territory of the Arabian Peninsula. Many of them led a nomadic lifestyle. The prophet Muhammad, the founder of …
Read further
The beginning and end of the Holy month of Ramadan is the main event in Saudi Arabia. The inhabitants of the country are very serious about Ramadan. According to the tenets of Islam, Allah sent the first pages of the Qur'an to the prophet Muhammad through the Archangel Jibrīl this month. The start date of the Holy month is determined by the lunar calendar. It shifts by 11 days every year. It was allowed to use telescopes recently. Muslims refuse to drink, eat, smoke, and other carnal pleasures in the daytime. Only certain categories of believers have the right not to follow a strict fast. For example, these are young children and pregnant women. One more prayer is added to 5 prayers. A lot of time is devoted to works of piety. Believers get up before sunset to eat. It is considered that it is better to eat light food.
The end of Ramadan is celebrated for several days. The holiday is called Eid al-Fitr. The thorough cleaning of houses and streets is carried out for this day. Muslims also buy new clothes. A sumptuous festive feast is prepared. Men go to visit. It is considered that it is necessary to visit at least 7 houses. Copyright www.orangesmile.com
Things to do in Saudi Arabia - active leisure
Strict observance of religious dogmas affects the lives of citizens of Saudi Arabia. Many things that are common to Europeans are considered depraved …
Read further
Eid al-Adha (Feast of sacrifice) is celebrated at the end of the Hajj. The date of the event changes every year. It is celebrated 70 days after the end of Ramadan. The festival is associated with an event described in the Quran: Allah ordered Ibrahim to sacrifice his son. He was replaced with a ram at the last moment. The selected animal (cow, ram, camel) must be an adult, healthy, and have no physical disabilities. The animal must be killed without suffering. The meat of a slaughtered animal is consumed during a joint meal. 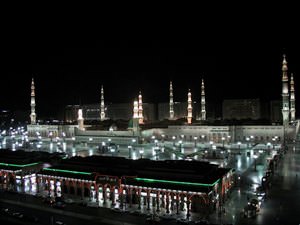 One of the few secular holidays is celebrated on September 23. This is the Saudi Arabian National Day. Abdulaziz of the Saud family captured Riyadh and then the entire Nejd region in 1902. The date is timed to coincide with the unification of Nejd and Hejaz under the rule of Abdulaziz al Saud. This happened in 1932. The operetta was shown for the first time in the Kingdom's history on this day in 2018. Women were allowed access to stadiums.
What you need to know about Saudi Arabia prior to visit - advices
1. Saudi Arabia is a country of strict rules. The norms of behavior are subject to religious dogmas here. Even if a rule is not legally established …
Read further
The birthday of the Prophet Muhammad is also a date that depends on the lunar calendar. This day is dedicated to prayers and God-pleasing deeds. Holiday dishes are also prepared. Residents of the country invite guests and go to visit. 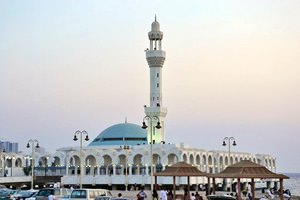 Wild fun, peculiar to the countries of South America, is not accepted in Saudi Arabia. But still, several festivals are held here. Janadriyah is a folk festival dedicated to the cultural heritage of the country. It was held in 1985 for the first time. The Royal family patronizes the holiday. The National Guard is organizing it. Camel races and concerts of national music are held during the holiday. This is one of the few places where you can see public dancing. Ardah is a national dance performed only by men. Two rows of men, armed with sticks or swords, stand opposite each other. They dance to the sound of drums. The dancers are dressed in traditional costumes. Mizmar is an African dance to the sound of drums. Horse races, exhibitions, and fairs of national crafts are also held. The festival is usually held in February-March. It attracts millions of visitors. However, it is almost impossible for foreigners to get on it.
What to see and what to visit in Saudi Arabia with children
The best resorts and beaches in Saudi Arabia are located on the Red Sea coast. Infrastructure is being created and tourist access to the region is …
Read further
Souq Okadh is held for two weeks in Ta’if. The fair was held in the VI century for the first time. It was a cultural event. Various Arab tribes gathered during it. They made agreements, exchanged news, held courts and religious meetings. Historical poetry readings were also held at the fair. Different poets are honored at the fair every year in our time. Sports competitions and lectures are also held. National masters sell their products at the fair. 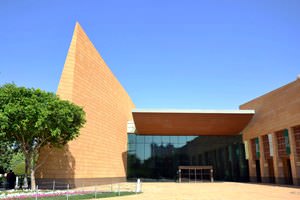 The festival is also held in Jeddah in the summer. You can see theatrical performances, various shows, enjoy poetry evenings and fireworks, and take part in sports competitions during it. The 30-day festival is supported by 10 major shopping centers in Jeddah.
Shopping in Saudi Arabia - best shopping places, what to buy?
Shopping in Saudi Arabia is one of the main attractions due to the lack of sufficient other entertainment. The country's religiosity affects all areas …
Read further
Hayya Jeddah is a festival for children in Jeddah. It is held in winter. Different performances are shown during the festival. Competitions and games are also held in the shopping centers of Jeddah.

This article about national fests and celebrations of Saudi Arabia is protected by the copyright law. You can re-use the content, but only under the condition of placement of an active link to www.orangesmile.com.
Saudi Arabia guide chapters 1 2 3 4 5 6 7 8 9 10 11

Attractions and entertainment in top cities of Saudi Arabia

Riyadh
Active leisure enthusiasts will like the 1st Paintball center providing the best facilities to enjoy this popular entertainment. Excellent grounds and a good assortment of equipment and gears are available for its visitors. People giving preference to horse riding should visit the Equestrian Club. The club has its own horse riding school, moreover regular tours to the most interesting and scenic nature areas of the Riyadh resort are organized there. The club hosts on its territory a cozy café, … Read more

Mecca
You have to understand that it is not easy to get to Mecca. You can't just enter Saudi Arabia on a tourist visa. There is no such type of visa for this country. You will definitely need a visa in order to enter the city. This can be a work, student or guest visa in case you are not a pilgrim. Please note that if you are an unmarried girl, you can only travel with a group and with permission from a guardian. However, the same applies to married ladies under the age of 45. But they will have to … Read more

Medina
In the midst of a hot day, you will have a good time in Rashed Mall. It is remarkable for its original snow-white design and decoration of public spaces with living plants and flowers. Once inside the mall, customers find themselves in an incredibly beautiful and cool oasis. Besides stores, there are many other interesting things in the shopping center. It offers a cafe with affordable prices where you can relax with the whole family, several children's playgrounds, and frequent children's … Read more

Map of fun in Saudi Arabia