Active vacation in Saudi Arabia - things to do, entertainment and nightlife 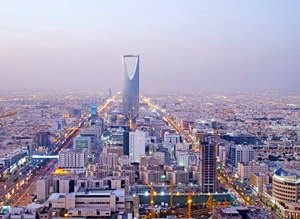 Strict observance of religious dogmas affects the lives of citizens of Saudi Arabia. Many things that are common to Europeans are considered depraved and undermining the foundations of faith. Alcohol is completely prohibited. It is not possible to legally buy alcoholic beverages. The religious police enforce this rule. Modern dancing and dancing with members of the opposite sex is prohibited. A woman cannot communicate with a strange man who is not her relative. All this makes the existence of bars and night clubs impossible. There are coffee shops and restaurants divided into zones instead. Couples or only women can stay in the family zone. Interesting night programs are often arranged in restaurants. Visit a hookah bar was one of the most popular entertainments in the country until recently. But hookah smoking has been banned since 2012.
Shopping in Saudi Arabia - best shopping places, what to buy?
Shopping in Saudi Arabia is one of the main attractions due to the lack of sufficient other entertainment. The country's religiosity affects all areas …
Read further
Cinema has been banned in the country since the 80s of the last century. The first cinema was opened only in 2018. However, films are strictly censored. For example, all films from the Harry Potter franchise are banned because magic and witchcraft are forbidden in the Kingdom. Theaters are still banned.
Alternative entertainment is popular due to numerous prohibitions. Side-riding is popular in the desert. Skilled drivers make the car goes on two side wheels. Sometimes even the two side wheels are removed from the car while driving. Sometimes passengers or even the driver get out of the car and stand on the roof. Some adrenaline fans sit down so that the car passes over them. Illegal racing and drifting are also common. Even the death penalty for street racing doesn't stop riders. Copyright www.orangesmile.com
When and where to 'hang out' in Saudi Arabia - festivals and celebrations
Saudi Arabia is a country where everything is subject to religious dogmas. There are not many official holidays here. All of them are religious in …
Read further
Different game rooms and quests are common. You can solve various puzzles or search for keys to get out of locked rooms in Escape Arabia. You can go karting at IN10SO in Jeddah and at GP Karting in Dammam. 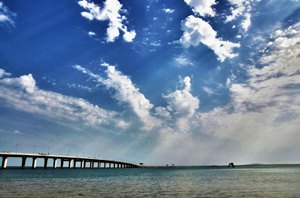 There are many beautiful beaches, both private and public in Saudi Arabia. Both men and women must comply with the dress code on public beaches. A woman can swim only in a burkini or Abaya. Al Fanateer beach in Jubail is popular with tourists and locals. Durrat Al Arus is a private beach in Jeddah available to villa tenants. There are a diving school and a theme park on the beach. Silver Sands is the least conservative beach in the country. Women in Abayas are not allowed on it. A place on the beach must be reserved in advance.
For active traveler - national parks, landscapes and nature of Saudi Arabia
The climate of Saudi Arabia is harsh and arid. The air temperature rises to 50 degrees in many regions in summer. The animal world is quite diverse at …
Read further
You can go windsurfing and scuba diving at Silver Sands beach. Oia Beach Resort is stylized as a Greek beach. Many water sports, including kayaking, are available here. There is a diving school at Bhadur Resort beach in Jeddah. This is a private beach where you need to book places in advance. 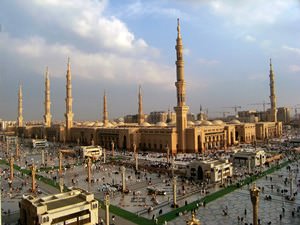 Saudi Arabia has the longest coastline among the countries surrounding the Red Sea. Diving is very exciting here. You can find corals with lots of colorful fish just below the surface. There are about 200 species of corals in total. A large population of sharks lives near the coast. The bottom of the Red Sea off the coast is almost not studied. The number of reefs near the coast is the same as in the rest of the Red Sea. The lifeless desert mostly stretches along the coastline. But you can go diving in the cities of Jeddah, Yanbu al-Bahr, and Jizan. Commercial fishing is almost not developed. Therefore, the reefs are untouched even in large cities. The water temperature near the shore ranges from 27-35 degrees.
Unique sights of Saudi Arabia from our series 'Extreme places on Earth'
These spots really worth the attention of a real traveler-researcher. …
Read further
Golf and football are very popular in the country. Women have recently been admitted to mass sporting events. Golf courses are available in many cities. Local Golf courses are famous for their high quality. 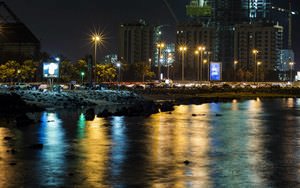 Deserts cover most of the country. But the Hijaz mountain range with the highest point Jabal al-Lawz (2400 meters) stretches to the west. Unique geological formations rising above the flat surface make Saudi Arabia an interesting country for trekking and hiking. One of the most difficult routes leads from Jeddah to the Al Wahbah Crater. The crater is located on a lava plateau. It reaches 250 meters in depth. The highest volcano in the Kingdom, Jabal Abyad, and the volcano with a white caldera, Jebel Bayda attract attention on the same plateau. There is a sheer cliff 96 kilometers away to the north of Riyadh. It is impossible to get down from it. The views are striking in their harsh beauty. Jabal Dakkā is a high peak near Ta'if. Special climbing equipment is not required.

This article about active leaisure, entertainment, recreation and attractions in Saudi Arabia is protected by the copyright law. You can re-use the content, but only under the condition of placement of an active link to www.orangesmile.com.
Saudi Arabia guide chapters 1 2 3 4 5 6 7 8 9 10 11 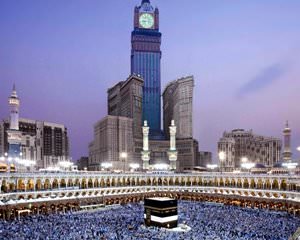 The world's tallest hotel is located in Mecca. The location of the Raffles Makkah Palace Hotel is the 120-storey skyscraper complex Abraj Al-Bait Towers, whose height is 601 meters. The Abraj Al-Bait Towers complex includes some tall and beautiful buildings. The tallest and largest clock in the world is mounted on the main tower. The hotel offers its services exceptionally to the supporters of the Muslim faith, annually visited by thousands of pilgrims from all over the world.

The hotel is located very close to the Masjid Al Haram mosque. Guests can admire the rooms with the panoramic view of the Kaabu. The whole-wall panoramic windows are the mandatory attributes of all the rooms of the hotel. In addition, there are separate gym rooms for men and women. While sporting, it is also … Read all 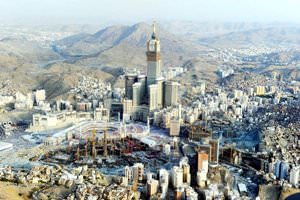 Mecca can boast the heaviest skyscraper in the world and the tallest building in Saudi Arabia, Abraj Al Bait. It’s an intricate and incredibly beautiful architectural complex of 601 meters height. The main decoration of the facade is the clock set at a height of over 400 meters; the diameter of the dial is 43 meters.

This unique skyscraper was completed in 2012. It became the world champion on a number of parameters. First of all, the complex is the heaviest in the world and … Read all
All unique sightseeing Saudi Arabia

Entertainment, recreation and attractions in cities of Saudi Arabia

Riyadh
The zoo visitors will have a chance to observe animals living in their natural environment. Graceful antelopes, bears and tigers live there in open air enclosures. A small lake in the heart of the zoo will be a good place to rest. The youngest visitors will have a chance to feed an elephant being the friendliest resident of the zoo, and to take fancy photos of this friendly giant. Active leisure enthusiasts will like the 1st Paintball center providing the best facilities to enjoy this popular … Read more

Jeddah
Many travelers who come to have rest in Jeddah prefer to go to the beaches located in the nearby town of Obhur. It will take approximately an hour by car to get to Obhur from Jeddah. The town has simply excellent facilities for comfortable beach rest and diving. Tourists who want to learn the basics of diving are recommended to get several lessons in the diving school called Desert Sea. During classes beginner divers will find out all the most important rules, and experienced divers are able to … Read more

Mecca
If you are interested in pilgrimage, you will need a visa to travel here. However, it is worth warning that non-Muslims are not allowed in the city. If pilgrimage is the purpose of your visit to Mecca, it is worth paying attention to the requirements of the Ministry of Hajj to incoming pilgrims. For example, pilgrims who have already been to the city in recent years will not be able to visit Mecca again. The restrictions were imposed because of the constant overcrowding of the streets and … Read more

Medina
The main visitors to the shopping center are tourists, while the old market is still a favorite leisure destination for locals. People come here not only to do shopping but also to visit their favorite restaurants and cafes. All the market's restaurants are aimed specifically at local residents. They serve traditional dishes, you can always buy fresh pastries and have a cup of coffee. At the market, it will be interesting to pick up some souvenirs, many craft stalls welcome all comers. In … Read more