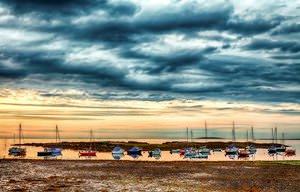 Bangor is an old historic city, so sightseeing enthusiasts will definitely not get bored here. Its main symbol is the 19th-century Penrhyn Castle, which is considered a striking example of neo-Norman architecture. The castle houses several museums and most of its halls are currently open for guided tours. Beautiful historic finishes and interior elements have been preserved in some halls. Wonderful carved ceilings and colorful stained-glass windows deserve special attention here.
Family holidays with kids in Bangor. How to entertain your child, things to show to children.
In Bangor, travelers with children are offered a decent choice of entertainment. The city has great entertainment centers, beautiful parks, as well as some family-friendly museums. A very …

Open
An interesting collection of artworks is kept within the castle walls. One of the most unusual exhibits is an antique bed that weighs a ton. It was carved from a large solid stone by local craftsmen in the middle of the 19th century. The Dolls' Museum can be found on the ground floor of the castle. On the same floor, you can also check out an exposition dedicated to the history of railway development.
A very interesting historical site is the old Eisenhower Pier that was opened in 1896. The length of 450 meters makes it the second-longest pier in Wales. In 1974, the city government was close to demolishing the pier, as it has become badly dilapidated and lost its former relevance. However, during that same period, its historical significance was recognized by the state, so it was decided to completely restore the pier. Fully renovated in 1988, the historic pier is now one of the favorite spots of both tourists and locals. You can always see fishermen catching not only fish but also crabs from the pier. Copyright www.orangesmile.com
Your active city break in Bangor. Attractions, recreation and entertainment - best places to spend your day and night here
Interesting natural attractions and a variety of entertainment centers make Bangor an attractive tourist destination at any time of the year. To the south of the town is Snowdonia National …

Open
One of the city's main museums, Storiel, occupies a beautiful historic building. Its collections are dedicated to Welsh history and culture. The museum halls present incredibly diverse exhibits of all kinds. Here you can see archaeological artifacts discovered in the region, as well as unique works of art belonging to different eras. You'll also have a chance to see collections of old black and white photographs showing the city in the first half of the 20th century. This historical museum serves as a permanent venue for various art workshops. It also houses a souvenir shop selling the best crafts of local craftsmen. 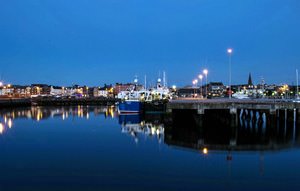 One of the city’s oldest buildings is Bangor Cathedral. The very first church was built on its site back in the 6th century. Over the centuries, the cathedral has been rebuilt several times. It was completely destroyed by fire in the early 15th century. The religious monument greeting guests of the city today was built in the 16th century, and since then its appearance has not changed much.
Shopping in Bangor - main shopping streets, outlets and boutiques
Most of the shopping centers and shops are concentrated in the central part of Bangor. Here you can find not only original souvenirs but also stylish clothes from leading European and …

Open
Many unique elements of 15th-century decoration including oak-carved fragments have been preserved within the cathedral walls. On Sundays, you can listen to one of the oldest organs in the region here. A historic garden located next to the cathedral is of great interest too. Interestingly, all plants mentioned in the Bible were planted here. 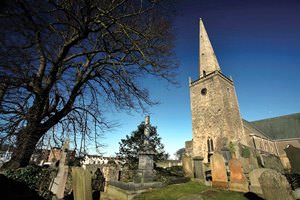 Not far from the cathedral is the Gwynedd Museum & Art Gallery, which besides artworks displays an interesting collection of historical exhibits. You’ll have a chance to see antique household items and textiles, beautiful old handmade furniture. Among the most valuable are archaeological artifacts belonging to the Roman period.
Guide to Bangor sightseeing - things to see and to visit
Bangor is the third largest town in Northern Ireland. This is a resort town with direct access to the Irish Sea. Bangor is an important port town with an active social and economic life. …

Open
Among the ancient buildings that have survived in the city, there are also quite unusual ones. A vivid example is the McKee Clock Tower. It was built in 1886 and is located in the very center of the city. Its appearance has remained pretty much the same after more than a hundred years. The clock tower is one of the most popular meeting points among the townspeople. 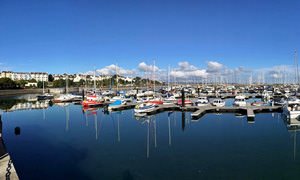 When it comes to Bangor’s historic defensive structures, Helen's Tower is of the greatest interest. Today, the tower built of dark stone houses one of the most amazing local hotels. Historic finishes have been preserved in it as much as possible. The tower is designed to look more like a historical museum. Inside, you can see beautiful antique furniture, paintings, and other interior items that wouldn’t surprise you if you'd see them a hundred years ago. On certain days, the tower is available for tours. Everyone can stay here for a few days. The tower's upper level offers a stunning view of the mountains and the forests. The ancient tower is a starting point for many interesting hiking trails. Of course, most tourists visit these places in the warm season.

This guide to cultural sights Bangor is protected by the copyright law. You can re-publish this content with mandatory attribution: direct and active hyperlink to www.orangesmile.com.
Bangor - guide chapters 1 2 3 4 5

Ireland is one of the most popular countries for sightseeing tours. There is an unimaginable number of historical sights in the country. Its capital, Dublin, is one of the oldest cities in the world. Almost all counties of Ireland have preserved ancient castles. These are Klothen, Bunratty, Donsoghlai, Carrickfergus, Clonony, Blarney, and the rock castle of Cashel. Some of them turned into high-class hotels, which are very popular among tourists. Seats and castles of the Vikings are even more ancient. One of the cities built by the Vikings in the 10th century is Waterford. It is located in the south-eastern part of Ireland. … Open 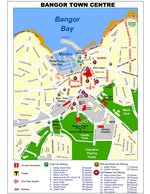 Photogallery of cultural heritage of Bangor

Excursions over cultural sights of neighbours of Bangor

Quebec City
The Parliament building is another important architectural monument. Its construction was completed in 1886. The ancient building strikes visitors not only by its really impressive look, but also by tastefully decorated interior, which is made in best traditions of French culture. Beautiful furniture decorated with red velvet, gilt and antique works of art – visitors are ... Open »
Boston
The Parliament building, which was built in the middle of the 18th century, is one of the most striking architectural places of interest of the whole city. Here tourists have an opportunity to inspect the inner decoration of halls and corridors and participate in excursions that are held here every day. The buildings of old universities are also among most remarkable houses of ... Open »
Cambridge
Cambridge has prepared a wonderful program of excursions to its guests. The city is rich in architectural landmarks, important historical sites, and interesting museums. The Harvard Museum of Natural History greeted its first visitors in 1995. The new museum is built on the basis of three pre-existing museums, the exhibitions of which were devoted to mineralogy, zoology, and ... Open »
Massachusetts
The population density in Massachusetts is low compared to other states; however, the concentration of attractions is quite high. There are world-famous natural landmarks, such as the Berkshire Hills and Bash Bish Falls. Fans of educative activities could get acquainted with outstanding cultural landmarks. Massachusetts is characterized by an abundance of art schools and ... Open »
Montreal
Being one of the oldest cities of Canada, Montreal safe keeps the historical heritage and proudly demonstrates numerous historical landmarks and sights to the city visitors. A sightseeing platform equipped on the top of the mountain of the Mont Royal offers a bird’s eye panorama of the majestic city. All the city districts are perfectly seen from the platform. A walk through ... Open »
Ottawa
Ottawa is a rich in landmarks and sighs tourist destination offering thousands of tours and excursion programs to explore unique objects and interesting cultural establishments. The city of Ottawa has preserved several ancient religious buildings, the most interesting among which is considered to be the Notre Dame Cathedral Basilica. The construction of the religious building ... Open »

Culture guide to Bangor. Which fascinating sights to visit once you are in Bangor: temples, churches, museums, theaters and castles. Recommendations (with addresses, phone numbers and links) on the places 'must visit' in Bangor. Plan your own city excursion by using this page info!