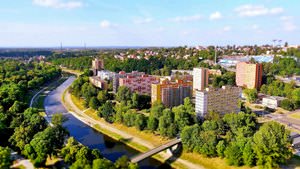 Slezskoostravsky Castle was built at the junction of the Luzhnitsa and Ostravice rivers for defensive purposes in the second half of the 13th century. It was reconstructed in 1979. It was turned into a tourist attraction. You can take a tour here to visit the Witches Museum, see medieval clothing, torture tools, and a blacksmith shop. You should take a walk through the mysterious underground. According to legend, the treasure is located there. You will be able to walk along the corridor. A meeting with a White Lady is possible there. You can also go up to the observation deck. It is equipped in the castle tower. A beautiful view of Ostrava opens from there.
Advices to travellers: what you should know while being in Ostrava
1. Ostrava has a small international airport that regularly takes flights from Milan, London, and Dubai. The city can be reached by high-speed trains from Prague, Brno, Vienna, Bratislava, …

Ostrava is known as a city whose inhabitants were engaged in mining. The Anselm Mine was founded in the 18th century. Coal was obtained from it until 1993. The Landek Park Mining Museum is open there today. You will have the opportunity to visit it. You can see an exhibition dedicated to mining. It is called "the miner's way to the bottom". The exhibition consists of 3 parts.
The first part is located on the surface of the earth. It is a complex of special structures. The second part shows mining and rescue equipment. The third part is an underground exhibition. You will be able to make the descent into the tunnel. It is located at a depth of 5 meters. You can not only learn about the history of the mine but also feel like a miner by taking part in coal mining. Copyright www.orangesmile.com
Shopping in Ostrava - main shopping streets, outlets and boutiques
Ostrava presents stores of various categories and profiles. These are large shopping malls, specialized stores, craft workshops, as well as colorful markets with a huge selection of fresh …

Visit the Observation Deck of the New Town Hall

The hallmark of Ostrava is the new town hall. It was built in the 20s of the XX century. The building is considered the tallest in the country. The attraction is located at the address Prokešovo náměstí 8. It is open to the public daily from 9 am to 5 pm in December and January. You can visit it until 7 pm in the other months. You can enter the town hall. You will get to the observation deck using a high-speed elevator. It is located in a tower at a height of 72 meters. A great view of the entire city opens from it. You can even see its surroundings in good weather. 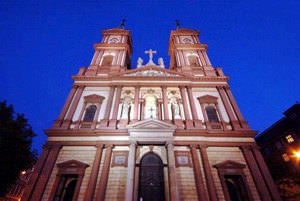 Travel to the Vitkovice District

You will most likely be intrigued by the opportunity to visit one of the most unusual places in Ostrava. This is the Vitkovice district. It was an industrial area in the past. It is a peculiar landmark of the city today. This district is even included in the list of European cultural heritage. You can visit the concert hall while traveling around the district. It is made of a gas-meter. You can also see the blast furnace. It was used in the XIX century. You will also have the opportunity to take the industrial elevator to the observation deck. It is located at an altitude of 60 meters.
Guide to Ostrava sightseeing - things to see and to visit
Ostrava is one of the oldest cities in the country, first mentions of which appeared in 1267. Ostrava was located on the crossroads of important trade routes, so until the 18th century it …

Climb the Tower of the Stramberk Castle

Štramberk is located on the Castle hill, 25 km from Ostrava. There are many wooden buildings there. They were built in the 17th and 18th centuries. You will have the opportunity to come here to see its main attraction. This is the Stramberk Castle. You can climb to the top of the tower. You can enjoy a wonderful view of the entire city and its surroundings while standing on it. 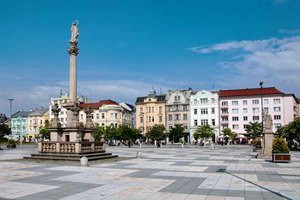 Hiking on the Landek Hill and Skiing in the Beskid Mountains

You can go trekking during your stay in Ostrava. The national natural monument is located near the city. It is a hill with a height of 280 meters. Settlements of ancient people were found on it. You will have the opportunity to walk along its many hiking trails. You can look at the mammoth statue and enjoy the picturesque landscape of the deciduous forest while traveling.
Family holidays with kids in Ostrava. How to entertain your child, things to show to children.
In Ostrava, you can arrange an exciting family vacation. The city has many natural attractions and entertainment centers to offer its guests. Many tourists start their acquaintance with the …

Open
If you decide to go skiing, you should drive 70 kilometers from the city. You will reach the Beskid Mountains. Pustevny Resort was opened there at an altitude of about 1000 meters between the peaks of Radhošť and Tanečnice. The tracks are equipped there. They have different levels of difficulty. Their total length is 8 kilometers. A ski school and equipment rental facilities are also available at the resort.

This article about ideas on extraordinary weekend in Ostrava is protected by the copyright law. You can re-publish this content with mandatory attribution: direct and active hyperlink to www.orangesmile.com.
Ostrava - guide chapters 1 2 3 4 5 6 7 8 9

Survived castles around Ostrava
♥   Castle 'Súľov Castle' , 76.4 km from the center. On the map

Krakow
In order to admire the panorama of Krakow, one doesn’t necessarily need to head to a paid observation deck. There’s a good way to save and make your exploration of the city more exciting by making an unusual walk. All you need to do is to reach Waszyngtona Avenue and walk till its end. The avenue ends with a stone wall that surrounds Kopiec Kosciuszki. The entrance to ... Open »
Brno
Dominican Square (Dominikánské náměsti) also has its own little secret. From the square, you can easily get into two inner courtyards of the New Town Hall (Nová radnice). If you visit them in the evening, you will hardly meet other people in the picturesque yards. These courtyards are incredibly beautiful, here you can enjoy the beauty of exotic plants, take pictures of ... Open »
Bratislava
Do you like walking? If yes, be sure to find the narrowest street in Bratislava - Bastova Street (Bastova ulica). The street passes next to St. Michael's Tower and at the narrowest point its width reaches two meters. If you spread your hands in this place, you can touch houses on both sides of the street. It's quite easy to recognize the narrowest part of the street, as it is ... Open »
Budapest
Sweet tooth travelers have more places to visit in Budapest. Don’t skip Szamos Gourmet, a famous historic confectionary that is loved and frequently visited by locals. Here it’s possible to try dozens of signature candy types and traditional Austro-Hungarian desserts that were popular hundreds of years ago. However, the chocolatier school remains the calling card of this ... Open »
Prague
An ordinary walk on Prague streets can leave many unforgettable memories because there are many amazing monuments and sculptures everywhere. One unusual monument is located close to the German embassy, the incredible monument is called Quo vadis and looks like a bronze car with legs. There is one more unusual monument on Resslova Street – a “dancing house”. Don’t ... Open »
Warsaw
If guided tours accompanied by a boring guide are no longer seem attractive, go on an independent walk through one of the picturesque districts of Warsaw. An ideal option would be the district of Zoliborz. Admirers of Oriental culture will be happy to find a Chinese pagoda with a Buddha statue inside in this picturesque area. If you can find this unusual monument, be sure to ... Open »

Walk through hidden local streets, sneak to a small cafe, breathe and enjoy Ostrava from inside. Stay out from the beaten track during your city weekend, discover the soul of Ostrava as a real travel gourment. Follow our guide, take one of the exclusive services and spend your time in Ostrava unforgettably and with a full passion!