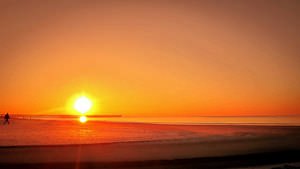 The local cuisine of Lithuania is the personification of the culture and history of this country. Many centuries ago, it was conditionally divided into two types - peasant and aristocratic. The first consisted of simple and inexpensive dishes with maximum satiety. Aristocrats could afford intricate recipes and unique tastes. So, local dishes include stroganina, bovine meat with berries sauces, and pheasant with juniper. The main vegetable in Lithuania is still the potato. It is served as an independent dish and added to other. In general, the Lithuanian cuisine is similar to the cuisine of other Baltic countries. It was strongly influenced by the traditions of the eastern countries like Poland or Belarus. For a long time, Lithuania was the leader of gastronomic trends throughout Europe. Lithuanians were the first to serve snacks to the table.
What you need to know about Lithuania prior to visit - advices
1.Lithuania is a member of the EU. Citizens of other states will require a Schengen visa to visit the country. 2. The official currency in Lithuania …
Read further
The most popular meat in Lithuania is pork. Lamb and beef are less used. One of the most famous Lithuanian meat dishes is zrazy, which is a meatloaf with stuffing. They are cooked from tenderized beef. Vegetable filling, eggs, and sometimes porridge is put inside. A garnish is a porridge or mashed potatoes. Another popular dish is shyupinis is cooked of potato and peas. It is served along with fried pork. Potatoes in Lithuania are often cooked in a sauce of sour cream and milk with the addition of spices. A unique potato dish is cepelinai, which are large dumplings of raw and boiled potatoes with a filling of meat or cottage cheese. They are served with sour cream and fried bacon. It is interesting that the name of the dish was obtained thanks to a form similar to the German Zeppelin aircraft.
The Lithuanian cuisine has a wide variety of soups. The most famous of them is a cold borscht, cooked on kefir or beet broth. It is cooked with pickled beet, which gives the dish a beautiful violet color, and fresh vegetables. The dish is served cold with the addition of boiled potatoes. This borscht is not the only one in the Lithuanian cuisine. There is mushroom borscht with dough, soup with smoked meat, and cold tomato soup. Lithuanian cuisine pays much attention to flour dishes. That’s why dumplings with different fillings are very popular. Pancakes are most often cooked in Lithuania with the addition of potatoes. There are different fillings and sauces. Copyright www.orangesmile.com
What to see and what to visit in Lithuania with children
Lithuania is an incredibly cozy and quiet country, which is a great place for a family holiday. Due to the compact size of the state, traveling …
Read further
It is necessary to try the local seafood and dishes of it. Eels are caught in the Couronian Lagoon. This fish can be tasted at local restaurants. Herring in Lithuania is marinated following a special recipe with sour cream and fried onion. Smelt in fried in breadcrumbs. Lithuanian rye bread has an excellent taste. It can be stored for a very long time, without losing its qualities. It’s not accepted to throw bread away. The old one is fried in oil, rubbed with garlic and sprinkled with grated cheese. So, it becomes an excellent snack for beer. The main dessert of Lithuania is Sakotis, which is the local Lithuanian cake. It is cooked with whipped eggs with the addition of flour and sugar on an open fire on a spit. The heat deforms the dough, creating a bizarre shape reminiscent of a branchy tree. Sakotis is one of the most popular souvenirs among tourist. It is often served as a main wedding cake. 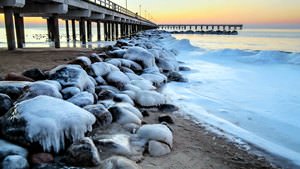 Various milk drinks and milk-based products are very popular in Lithuania. Besides milk, the inhabitants of the country like curdled milk, cottage cheese, and kefir. The most popular non-alcoholic drink in Lithuania is kvass. Tinctures are popular among alcoholic beverages. The most famous of them are 999 and Zubrowka. One of the traditional drinks is Krupnik, which is made on the basis of alcohol with the addition of honey and spices. Excellent beer is brewed in Lithuania. It has already been recognized throughout the world. The most popular brands are Utenos Alus, Taurus, and Gubernia. The best and strongest beer in the country is produced in the Biržai area.

Cuisine and restaurants in popular cities of Lithuania

Vilnius
Lakstingala restaurant is notable for dishes from European cuisine. This restaurant is located in Vingis Park. If you want to try Lithuanian cuisine, the best restaurant for this purpose is Ritos Smukle, near which is located the tavern with the same name. The restaurant serves excellent homemade cuisine, and the tavern is the place where you can order best beer, meat dishes and snacks. Tores restaurant is a unique place that is well-known as either a wine cellar or a famous art gallery. Its … Read more

Palanga
Soups are an integral part of ethnic cuisine. Soup with dumplings is one of the everyday foods of local people. Those tourists, wishing to try even more exotic treats of ethnic cuisine, are recommended a beetroot soup added with kefir. Ethnic menu will be of great interest and pleasure for fish treats fans as well. Original treats made of sea foods are served almost in every eating house of the city. Smoked fish is a genuine traditional treat of Lithuanian cuisine. Gourmands will love smoked … Read more

Kaunas
Sporto Baras is considered the most popular bar in Kaunas. Every evening the bar attracts numerous fans of beer and delicious food. Of course, people, who are keen on sports, are also among frequent visitors of the bar. Sporto Baras is equipped with large plasma screens that broadcast the most exciting sporting events, and a large selection of delicious food will make your stay here even more enjoyable. Small visitors will be delighted to know there is a special playroom for children in the … Read more

Klaipeda
Among the budget places locals and tourists admit Čili Kaimas restaurant. It will surprise guests not only with an abundance of national food, but with nice prices too. During the day, the restaurant always operates a special menu; a tasty three-course dinner will cost visitors a very modest sum. In Klaipeda cafes and restaurants that specialize in European dishes are common. In Morena café it is always possible to find a large selection of entrees and fresh salads, as well as soft drinks … Read more