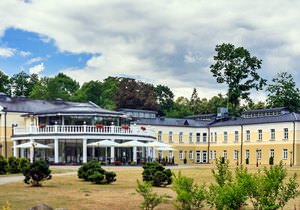 Lithuania is a republic of mixed type. The Constitution in the country was adopted in 1992, and after that, it has at several times been subjected to reviews and amendments. New laws have also been incorporated into it during the process. According to the Constitution, the Republic is simultaneously governed by three arms of power. They include the President, the Seimas and the Parliament. The head of the Republic is the President. He is chosen by universal direct voting of all citizens of the country who have reached majority. The term of office of the President is five years. The same candidate cannot be elected to the Presidency more than twice. It should be noted that despite the fact that the President is the Head of the Republic of Lithuania, he does not have much power. His powers include representing the Republic on the world stage. The President also has the right to dissolve the Seimas. It is the President who is mostly responsible in drawing up strategies and solutions on the most important issues especially those relating to the Country’s foreign policy. At the same time, he is obliged to cooperate with the other arms of government.
Overview of the optimal transportation means in Lithuania
Lithuania is a developed country which has a fairly high-quality and extensive transport infrastructure. You can move around the country using …
Read further
The head of the legislative branch is the Seimas. It consists of one hundred and forty-one deputies. It is worth noting that they are elected through a mixed system, in other words, under the proportional system (71 members) and under the majority system (70 members). Each deputy is elected for a term of four years. The Seimas’ powers include the adoption of legislative acts for various purposes. Also, the Seimas publishes all laws once they are passed. Its duties also include confirming or rejecting the candidacy of the Prime Minister which the President himself puts forward. The Seimas must monitor the expediency and legitimacy of the work of the Government, regulate the taxation system, conduct elections in regions with local self-government, ratify international treaties, and so on. If the Seimas is not satisfied with the work of the President, then with a majority vote in the ratio of 3:5, early presidential elections can be conducted.
The representative of the top executive is the government. It should be noted that each deputy of the government swears before the Seimas, an oath of loyalty to his State. The head of the government is traditionally the Prime Minister. The Cabinet of Ministers itself may be dissolved, if the Seimas does not trust it. If however the President himself does not agree with the representatives of the Seimas and does not want to dissolve the Parliament, then it is within his right to dissolve the members of the Seimas. The party-political sphere is still in an active stage of development. If in the first years of the country’s independence only seven parties took part in the elections, then as of now, that number has climbed to almost three dozen. The largest parties are the Democratic Labor Party, the Newest Union of Liberals, the Fatherland Union which is headed by conservative adherents, and the Social Democratic Party which is still in coalition with the Democratic Labor Party of Lithuania. Copyright www.orangesmile.com
The soul of Lithuania - religions and languages
At present, Catholicism prevails in Lithuania. According to the last census, at least 85% of the general population consider themselves Catholics. It …
Read further
The Judiciary in Lithuania is represented by local, district and specialized courts. The Supreme Court is at the head of the judicial branch. The Court of Appeal also functions successfully. The implementation of the Constitution is monitored by the relevant Constitutional Court. It consists of only nine judges whose nominations are conducted by the equal participation of the President, the Seimas and the Supreme Court. However, only the Seimas is entitled to approve judges. The term of each elected person is nine years. The election system is structured in such a way that every third of the Constitutional Court is re-elected once in three years. Lithuania’s foreign policy is aimed at maintaining the friendliest relations with all countries of the world. The policy is aimed at European integration so the State supports all decisions of the EU countries. Russia is considered to be the main trading partner in addition to the countries of the Eurozone. In 1991, Lithuania joined the United Nations and is still at present an active member. 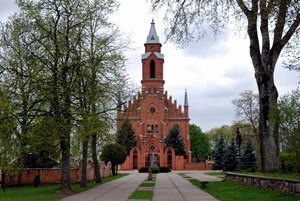 Membership into NATO is now the dominant direction in foreign defense policy. More than two percent of the country’s GDP is allocated to Defense annually. The training of the Lithuanian Armed Forces together with its reform is carried out in strict accordance with the norms and standards of NATO. Three military districts operate in the country today. The regular armed forces number more than thirteen thousand personnel. There are representatives of land and air forces, motorized infantry, engineering and artillery units, as well as peacekeeping operatives. The military arsenal itself is regularly updated and modernized. On a regular basis, various international military exercises are conducted not only with NATO, but also with other Scandinavian states. The Commander-In-Chief of the troops is the President of the country. Moreover, the special Defense Council which includes the President, the Prime Minister, as well as several representatives of the acting Seimas, controls the armed forces.

Photogallery of famous places of Lithuania

Vilnius
In Lithuania and especially in Vilnius, it is strictly forbidden to cross the private premises, marked by special tablets. Lithuanians, though hospitable, do not like unexpected guests. Note that, because this situation can turn into a conflict situation, which can unpleasantly affect the offender. Lithuanians are incredibly polite, cultured, they always show a high level of tolerance. They do not allow themselves to interrupt interlocutors and expect the same from them. Locals are very calm, … Read more

Palanga
Travelers wishing to learn local folk traditions and customs better should visit the city of Palanga in the second part of April. Each year on the 23 of April the city invites its residents and guests to enjoy a bright spring holiday named “Jurgines” which is forerun by an impressive folk festival. Apart from sports, local folks are characterized with passionate love to music as well. The second part of May features several original holidays and fests. A music festival named “Lygus … Read more

Kaunas
This colorful carnival is particularly loved by children, because delicious pancakes and sweets are the main treat of this wonderful event. The carnival is held on the last days of February. Saying “goodbye” to winter is always accompanied by parades, musical performances and funny activities for children. Collective performances remain one of the main features of local culture. Performances of choirs and various dance groups during holidays and celebrations have become a tradition. … Read more

Klaipeda
The modern holiday is impossible to imagine without educational activities. Everyone is welcome to visit fascinating lectures on the most acute problems related to the sea. Events dedicated to the protection of the sea and its inhabitants are also very popular and always find the response from both local residents and tourists. Several museums and exhibitions devoted to the sea theme have opened in Klaipeda. Typically, on the Marine Day entrance to all cultural places of the city is open. … Read more