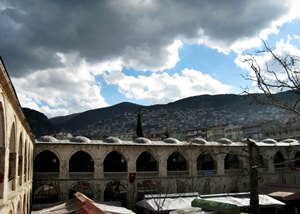 There are a lot of unique religious monuments among outstanding attractions of Bursa. The most interesting of them is Yeşil Cami, or the Green Mosque. It is a classic example of national architecture and has quite a symbolic name. The matter is that the major gem of the mosque is aqua tiles which you can admire forever. The founder of the mosque is Sultan Mehmed I. It started to be built at the turn of the 14th – 15th centuries. To finish the mosque, rare white marbles were used. Some elements, for example, the carved front door, were made of wood.
Your active city break in Bursa. Attractions, recreation and entertainment - best places to spend your day and night here
You can diversify your walks along historical places and familiarity with cultural sites of the city by visiting interesting entertainment venues. Tourists with children should certainly …

Open
The mosque is located in the vicinity of the shrine of its founder, the Green Tomb. This construction is of great interest in terms of architecture. This unusual octagonal building has a big dome on its top and builds up a large and very harmonious architectural complex with the Green Mosque.
One of the most important monuments of the Ottoman Empire’s times is the Orhan Camii that was also built in the 15th century. This mosque is quite a large and interesting complex including various constructions. So, on the territory of the mosque, there is an old bathhouse, an inn and a small kitchen where meals were prepared for the poor hundreds of years ago. There are also several tombs. The old mosque is often called a complex of Sultan Orhan, as its size is really impressive. Copyright www.orangesmile.com
Top hotels in Bursa for business trip or short vacation
In Bursa, there is a worthy choice of hotels and guesthouses of different levels. Upscale venues deserve a special attention of tourists. Near the Ataturk Museum, there is the fashionable …

Open
Another enchanting religious attraction is the Emir Sultan Mosque. It was seriously affected by the earthquake about a hundred years ago but experienced architects quickly restored it. The Mosque of Murad II is a unique architectural complex in all respects. It is an only religious monument in the city, the rooms of which were fully finished with faience. 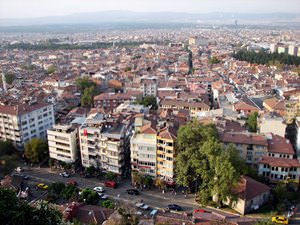 There are several interesting culture centers that all tour enthusiasts should visit. Near the Green Mosque, there is the Bursa Museum of Turkish and Islamic Arts, which collection includes invaluable masterpieces of local artists and craftsmen.
Guide to Bursa sightseeing - things to see and to visit
Bursa is one of the biggest and most populous cities of Turkey. More than 1.2 million people permanently reside in the city. Bursa was first mentioned in the second half of the 4th century. …

Open
The most visited cultural center in Bursa is the Archaeological Museum, which collection started to be formed in 1904. The collection of archaeological artifacts was initially kept in the building of the old man’s lyceum but then was moved to the Madrasah Yeshil

. The modern museum is situated on the territory of the magnificent park that was officially opened in 1972. The collection of exhibits consists of thousands of unique artifacts and the age of some is more than 5 000 years. 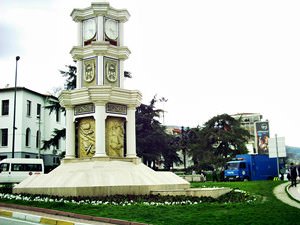 is no less interesting and remarkable cultural center. The museum is located on the territory of the picturesque district of Çekirge

and occupies a luxurious mansion with a snow-white facade built in the 19th century. This magnificent mansion was presented to Ataturk by representatives of the city authority. The great leader stayed exactly at this building during a visit to the city. After the Ataturk’s death, the mansion was transferred into the ownership of the city property. It was decided to use it as a museum that was opened in 1973. The picturesque attractions of the city are fabulous squares and gardens that can be seen in different parts of Bursa. They are a perfect place for relaxing after multiple sightseeing tours.

In the section below, you can get one of our excursion, activities or city discovery tours over Bursa and surroundings. Our website offers 10-30% lower ticket prices, when compared to the offline purchase on the spot.

City tours, excursions and tickets in Bursa and surroundings

This guide to cultural sights Bursa is protected by the copyright law. You can re-publish this content with mandatory attribution: direct and active hyperlink to www.orangesmile.com.
Bursa - guide chapters 1 2 3 4
Reference information
Map of all art museums

Art galleries in Bursa and around
♥   Art museum 'Bursa Museum of Turkish and Islamic Art' Bursa, 1.6 km from the center. On the map

Photogallery of cultural heritage of Bursa

Excursions over cultural sights of neighbours of Bursa

Istanbul
The mosque of Sultanahmet is a more recent religious monument. The building of the masque was completed in 1616. This is one of the most beautiful mosques of the city, which is famous not only by its elegant architecture, but also by carefully selected interior decoration. Travelers should also not forget to visit Sultanahmet Meydanı – the most famous square of the city and ... Open »
Mitilini
Fans of unusual excursions should visit the museum dedicated to the production of olive oil. It started to be produced here over 500 years ago. The museum houses the interesting collection of old pieces of equipment used at local factories many years ago. Here, visitors can learn everything about the production of oil that is valued all over the world for its high quality. ... Open »
Pamukkale
Despite the fact that there are no outstanding historical sites and cultural centers at the resort, this territory cannot be called boring in terms of sightseeing tours. Just a couple of minutes by car separate Pamukkale from notable historical sites and archaeological discoveries that will be certainly of tour enthusiasts’ interest. The most visited attraction in Pamukkale ... Open »
Lesvos
The main symbol of the island is beautiful Genoese castle built on a high hill. After the recent renovation, fortress was made available for public access; today it hosts music concerts and theatrical performances. Tour participants will certainly be able to visit the nearby ancient theater; it has a unique room acoustics. No less striking historical monument is the Byzantine ... Open »
Burgas
The ruins of Phoros Fortress are a no less interesting historic landmark of the region. According to a theory, the fortress was built in the early medieval period. The protective facility was almost completely destroyed by Turkish invaders, so nowadays visitors can see only a small part of the surviving constructions. The history of Phoros Fortress is full of secrets and ... Open »
Nessebar
One of the oldest buildings on the territory of the peninsula is considered to be the Church of St Stephen or the New Bishopric. The church was established in the 11th century and presents an architectural landmark of ultimate beauty. Built of stone church survived in its initial look through many centuries. Its walls keep a priceless collection of religious artifacts. The ... Open »

Culture guide to Bursa. Which fascinating sights to visit once you are in Bursa: temples, churches, museums, theaters and castles. Recommendations (with addresses, phone numbers and links) on the places 'must visit' in Bursa. Plan your own city excursion by using this page info!