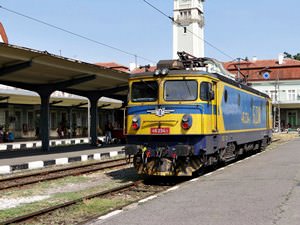 Aquae Calidae or Burgas Baths remain one of the main symbols of the city. These baths were built close to healing mineral springs. Every year, more and more tourists come to the city to enjoy these baths. The baths are also a true historic landmark as their building took place yet during the Roman Empire times. The construction is still in nearly pristine condition, so it is a fantastic place to explore the architecture of ancient times.
Guide to Burgas sightseeing - things to see and to visit
Burgas is one of the most famous Bulgarian resorts. It traditionally attracts guests by spacious beaches and beautiful nature. The Central Beach is considered the biggest one in Burgas. Its …

Open
The ruins of Phoros Fortress are a no less interesting historic landmark of the region. According to a theory, the fortress was built in the early medieval period. The protective facility was almost completely destroyed by Turkish invaders, so nowadays visitors can see only a small part of the surviving constructions. The history of Phoros Fortress is full of secrets and mysteries. Scientists still cannot say for sure what were the building date and purpose of the fortress. Archaeological excavations never stop on the site, and it is possible to see the most precious findings in a local museum.
When it comes to describing religious landmarks of the city, it is important to mention St. Cyril and Methodius Cathedral. These saints are well respected in Burgas. It is believed that Cyril and Methodius worked over the creation of their first alphabet exactly in Burgas. The gorgeous cathedral was built in the first half of the 19th century and has many precious decorations, such as the old wooden altar with skillful carvings. The Sea Garden park is a fantastic place to relax and observe various important landmarks and cultural venues. Copyright www.orangesmile.com
Family holidays with kids in Burgas. How to entertain your child, things to show to children.
There are many interesting places in Burgas that are worth visiting with children. A popular vacation spot for the townspeople and tourists is the Sea Garden - a lively and vibrant place …

Open
In the summer theater, visitors can regularly watch interesting performances, music festivals, and concerts. Vacationers with children will find it interesting to visit the zoo while gamblers will be delighted with the local casino. The length of the park is 7 kilometers, and there are several beautiful monuments and landmarks dedicated to famous residents of Burgas. Natural History Museum is one more fantastic place to visit. It showcases a large exhibition dedicated to plants and animals of the region, as well as minerals found in the city’s suburbs. During an excursion in the museum, visitors will learn more about peculiarities of local flora and fauna and see rare types of plants and minerals. The museum also organizes interesting excursions for children, during which they can learn many interesting facts about the world of plants and animals. 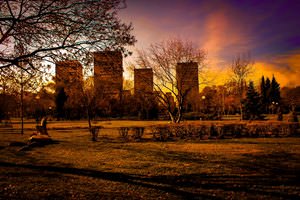 To get acquainted with the historic heritage of the region, don’t forget to visit the Archaeological Museum. The oldest museum in the city is dedicated to the history and development of Burgas, some neighbor towns, and ancient towns that once existed in the country. The museum was established in 1912 as a private museum of the Debelt Archaeological Society. Nowadays, the exhibition is divided into four large expositions. Visitors will see precious findings from the sites of ancient Greek colonies, Thrace, and the Roman Empire.
Cuisine of Burgas for gourmet with top restaurants and cafe
Glosh 3 remains one of the most popular restaurants that specialize in the national cuisine. It never ceases to attract new and regular customers with a rich selection of delicacies, wine, …

Open
There is one more interesting museum just next to the St. Cyril and Methodius Cathedral. The Ethnographic Museum is open in an old mansion that was built in 1873. The museum is divided into several parts. The foyer is used for all kinds of temporary exhibitions. The first floor is dedicated to the lifestyle and interior design of traditional Bulgarian houses in the 19th century. There is also an exhibition about female fashion of that period. However, tourists usually prefer to stay longer on the second floor of the building that is dedicated to traditional costumes of different ethnic groups that once lived in the Burgas area. There are unique costumes and accessories for different purposes, ritual dresses, authentic wedding clothes, and much more. 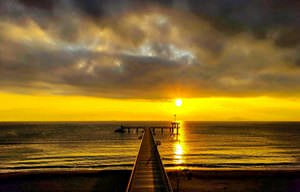 A wonderful architectural and religious monument is the Armenian Church of the Holy Cross. Everything is good here – both the interior furnishing and the exterior. Despite the fact that the place of worship is rather small, it is very spacious inside and a special atmosphere that cannot be confused with anything is reported. It is remarkable that this is the most ancient temple in the city (its construction was started in 1808 and was completed in 1853). In front of the entrance, you can discover one more place of interest, the arch of St. Nicholas Wonderworker. It was built in honor of the Saint, who is considered the protector of Burgas. The place is considered sacred, and it is believed that whoever passes through it will surely find happiness and prosperity.
Authentic traditions, festivals and lifestyle of Burgas inhabitants
Habits and traditions of local people are quite peculiar and so they might look quite strange to some foreign travelers. For example, local people move their head from one side to another as …

Open
Another interesting church in the city bears the name, the Roman Catholic Church of Virgin Mary Theotokos. It is very calm inside here, and you will find the building immediately fascinating because of its interesting architecture. In the interior, you can find many beautiful sculptures. Another part of the building is designated for shops, and for this reason that the church cannot be noticed immediately. That notwithstanding, you should not ignore it on purpose. The Church of the Blessed Virgin Mary is the oldest Orthodox Church in the whole Burgas (it was built in the 1860s). You can find interesting icons inside (made by the monks of Athons) and frescoes (painted by the icon painter N. E. Rostovtsev). 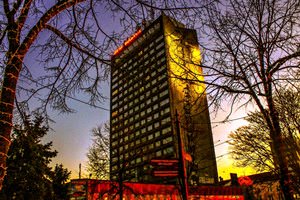 Near the city, in the south-west, you can find a place of archaeological excavations. It is located in Debelt. Not a light wind but a strong breeze of history blows here. There is a museum on the territory, where you can have a look at things found during archaeological excavations. They are also stored in the Archaeological Museum of Burgas, which you should make a point of duty to visit. There is another religious monument which you will find fascinating to visit. It is the Temple of St. Ivan of Rila. This is the largest temple not only in the city but throughout Bulgaria. Besides the scale of the building, you will be amazed by the mixture of colors, which is usually uncharacteristic for Orthodox churches. However, this brings special colors into the interior decoration.
Your active city break in Burgas. Attractions, recreation and entertainment - best places to spend your day and night here
Excursions to picturesque suburban areas are incredibly popular with vacationers. Lake Atanasovsko is surrounded by dense forests that have become home to numerous species of birds and …

Open
Besides the Archaeological Museum of Burgas, it is also remarkable to visit the Historical Museum. Here you will be greeted by photos, documents, household items and works of art; all these introduce you to the history of the region. Burgas has several interesting parks where you can take a walk. Among them, it is worth highlighting the park “Slaveykov”, in the territory of which the church of Sveti Spirit is located. The Sea Garden (Morska Gradina) is the largest park in the city. Along the way here you will meet many interesting sights – from the composition “Eternal Flame” to the museum “Terasata”. There are also many restaurants within its territory where you can relax.

In the section below, you can get one of our excursion, activities or city discovery tours over Burgas and surroundings. Our website offers 10-30% lower ticket prices, when compared to the offline purchase on the spot.

This guide to cultural sights Burgas is protected by the copyright law. You can re-publish this content with mandatory attribution: direct and active hyperlink to www.orangesmile.com.
Burgas - guide chapters 1 2 3 4 5 6 7 8 9 10 11 12
Car rental on OrangeSmile.com

Photogallery of cultural heritage of Burgas

Excursions over cultural sights of neighbours of Burgas

Nessebar
One of the oldest buildings on the territory of the peninsula is considered to be the Church of St Stephen or the New Bishopric. The church was established in the 11th century and presents an architectural landmark of ultimate beauty. Built of stone church survived in its initial look through many centuries. Its walls keep a priceless collection of religious artifacts. The ... Open »
Varna
In Varna travelers will find a wide choice of unique historical monuments. A large part of the city’s attractions has been there since ancient times. The Roman baths, which are located in the southeast part of the city, are a striking example. This is the most massive ancient construction in the country. The total area of the baths is about 7 square kilometers. Among the ... Open »
Golden Sands
Golden Sands is an internationally famous beach resort. In addition to a variety of entertainment this place offers tourists to enjoy exciting sightseeing to various historical sites. Holy Trinity Monastery is known as the most famous ancient monument that should be definitely visited by every traveler. The monastery is often referred to as Aladzha, and this term can be ... Open »
Balchik
A part of the historic building is occupied by a library, which keeps more than 1,500 books. Old ceramics and jewelry collections are of particular interest, as well as copper and wrought iron products made by local artisans. National costumes hand-sewn in full accordance with historical traditions are considered one of the most interesting exhibits. They are decorated with ... Open »
Istanbul
Istanbul is home to numerous old buildings and religious sites. Hagia Sophia Cathedral is one of the most popular places of interest among tourists. It was built in the beginning of the 6th century. After the capture of Constantinople the great cathedral was converted into a mosque. In 1934 the building of the cathedral was turned into a museum. Nowadays visitors can see here ... Open »
Constanta
It takes more than one day of sightseeing to see all landmarks of Constanta. Lots of interesting historical sites are located at the waterfront, which is the starting point for many sightseeing tours. Here you can see models of ancient ships; a vast collection covers a wide historical period from ancient Greece to the late Middle Ages. Near the waterfront there are lots of ... Open »

Culture guide to Burgas. Which fascinating sights to visit once you are in Burgas: temples, churches, museums, theaters and castles. Recommendations (with addresses, phone numbers and links) on the places 'must visit' in Burgas. Plan your own city excursion by using this page info!