Video of flights over top monuments of Beijing in HD format.
Use 'Full Screen' mode.
Of course, in order to feel the magnificent atmosphere of Beijing, one needs to visit this place, walk on charming streets of the historical center, visit local cafes, and enjoy the look of the local landmarks - Forbidden City, Summer Palace, Centre for the Performing Arts, Railway Museum, Beijing West Railway Station and many others. In order to make your virtual tour to the city more interactive, we offer an unusual opportunity to fly over every notable landmark of Beijing. Simply start the video, and use the full-screen mode. Each landmark comes with extra information, containing a collection of interesting facts and a photo gallery. Let’s go! 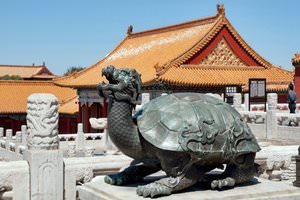 Facts:
» The Forbidden City today is called the Former Palace; that's the main palace complex of the Chinese emperors.
» Only the emperor and his court had the right to be there, and for the rest this part of Beijing was closed. The palace was separated from the city by ditches and red walls.
» The Forbidden City is the largest palace complex. It's considered one of the five most important palaces in the world.
» The Palace Museum is a veritable storehouse of treasures of Chinese history and culture.
» The Forbidden City was built as a copy of the Purple Palace, the heavenly abode of God, and served as the palace of the Emperor deified in the earth. For the rest this divine place was closed, so the palace was called the Forbidden City. 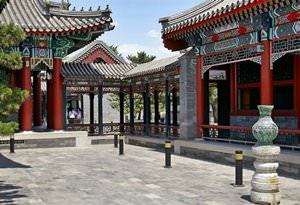 Centre for the Performing Arts, Beijing 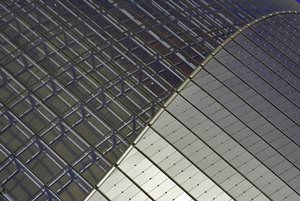 Facts:
» The Centre for the Performing Arts is the modern opera house, which at first was conceived as the National Opera. In common, people call it The Egg for its appearance.
» In the auditorium of Asia there is the largest installed organ with 6,500 pipes.
» The building includes underground and underwater corridors, underground parking, an artificial lake and green spaces.
» Opera House is made of glass and titanium and is completely surrounded by an artificial lake.
» There are just three rooms under the roof: opera, theater and concert hall. Audience gets inside via the underwater gallery. 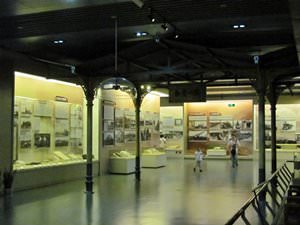 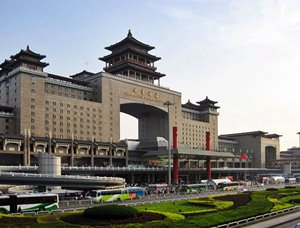 Facts:
» The West Railway Station or Beijing West was built in 1996. The architecture of the railway station has ancient Chinese features and resembles a hieroglyph.
»  It covers an area of 51 hectares. At that time it was the largest railway station in China.
»  After a short time, it was expanded and modernized to increase passenger traffic. Each day, 100 thousand passengers pass through it, and in moments of rush hours - 200 thousand.
»  The station looks very impressive. And it is not so easy to navigate here because of its extreme size.
»  Near the Beijing West there are two squares: North and South. It converges almost all the routes of urban transport, including the metro lines.
»  The West Railway Station is still the most important and used station in Beijing. 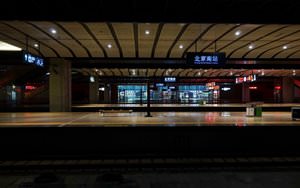 Facts:
» The construction of the Southern Railway Station has started in 2005 on the site of a small railway junction, which has been in operation since 1897.
»  The station was re-built by 4000 people in three years.
»  The station's design can now be called a super modern. This huge oval building was developed by a Hong Kong architectural firm.
»  The Station has five floors, two of which are located underground.
»  Huge solar panels are installed on the roof, which help to cover some of the energy costs.
»  The station has 13 platforms and takes up to 300 trains a day. It serves high-speed trains that reach speeds of 350 km per hour.
»  The Southern Railway Station connects the South Station and the Beijing West railway station, and is considered to be the second largest in Asia.

Facts: » In 1990, Chine has hosted the Asian Games. To this event, locals established the Olympic Sports Complex.
»  This Sports Complex was also included in the list of facilities participating in the 2008 Olympic Games.
»  Specifically for the Olympics the stadium was fully reconstructed. The total area has been increased and the number of seats has doubled.
»  The premises for VIP, journalists, security and other employees were modernized.
»  The complex hosted competitions in modern pentathlon and several kinds of horse riding.
»  The running lines were made of a special material from a red bricks.
»  Here also happened the finish of the Beijing Marathon.

Facts: » The Beijing TV Tower has been built in 1992. The height of the tower is 386 meters. It is part of the International Federation of Great Towers.
»  At an altitude of 238 meters there is an observation deck with a telescope that allows you to check the magnificent view on the city.
»  Below, at 221m there is a revolving restaurant. Within 1.5 hours, it makes one turn around the tower. This enables a great view of the city from all sides. You can get here on a high-speed elevator.
»  An attractive feature of the TV tower is the thing located under it. Under the ground, at a depth of 24 meters, an aquarium "Underwater World of the Pacific" is built. Here you can observe marine life while being inside an 80 m transparent tunnel.
»  An interesting initiative has taken a root here: every year, people run around the tower, and then climb to the observation tower, thereby breaking 1484 steps.

Build your walking routes in Beijing on the landmark map

Architectural landmarks in the regions around Beijing