Sightseeing in Shenzhen - what to see. Complete travel guide

Shenzhen is located in the south of China, near Hong Kong. It is one of the most densely populated cities in the country. The population of the modern metropolis is more than 10 million people. Given that the city was founded in 1979, this fact seems really amazing. The first settlements appeared on the site of Shenzhen much earlier, in the 3rd century. For a long time, these places had been home to the Baiyue people who were known as great fishermen.
Excursion over cultural sights of Shenzhen - 'must visit' points of interest
Amazing theme parks deserve priority attention among the main attractions of the industrial city. The most interesting and picturesque one is the Splendid China Park. Its visitors can see …

Open
Over time, the gracious region attracted Chinese colonists also engaged in fishing who discovered rich salt deposits on the banks of the Pearl river

. It is noteworthy that many salt deposits developed more than 1,500 years ago are actively used even today. At the beginning of the 20th century, the large Bao'an County occupied an area of the present metropolis. It is hard to imagine that the population of these places was just about 30,000 people in the 1970s.
In 1979, Deng Xiaoping chose Shenzhen as the location of the new economic zone as part of large-scale economic reforms. Every year, more and more industrial zones appeared in the city, and the number of its residents grew rapidly. In 1999, the modern city first held a very important event - China Hi-Tech Fair. Since then it has been a permanent venue for the event. Besides large industrial centers, the modern city also accommodates cultural complexes of world importance, as well as first-class shopping and entertainment complexes. Copyright www.orangesmile.com
Your active city break in Shenzhen. Attractions, recreation and entertainment - best places to spend your day and night here
Shenzhen is an ideal destination for active travelers. Thanks to the variety of amusement parks, shopping malls, wonderful gardens and park areas, each and every tourist can choose a …

Open
The megacity's developed infrastructure attracts both business travelers and curious tourists who want to get acquainted with the local culture and appreciate all the beauty of sights presented in Shenzhen. Despite the fact that the city has the status of one of the country's largest industrial centers, it is not deprived of a rich cultural heritage. Distinctive features of the metropolis include a huge number of beautiful parks. 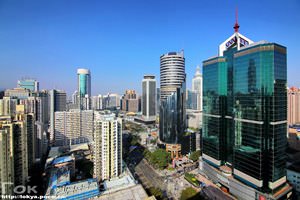 One of the main symbols of the city is the beautiful China Folk Culture Village and Splendid China Park (Splendid China & Folk Culture Village), which together form a single large-scale and incredibly beautiful theme complex. The Window of The World Park offering its guests incredibly interesting and informative walks is extremely popular among visitors to the city. Another important symbol of Shenzhen is beautiful skyscrapers, including the highest one - the Kingkey 100. The 442-meter-tall building has as many as 100 floors.
Best beaches and recreation areas around Shenzhen
Shenzhen will surely satisfy all beach lovers who can relax on its picturesque coast. Although the choice of beaches is not as impressive as that offered by fashionable resorts of global …

Open
The stylish metropolis is sure to impress adherents of gastronomic tourism who have the opportunity to get acquainted with an absolutely unique culinary direction. The local cuisine is an original mix of classical Cantonese traditions and typical trends of nearby Hong Kong. Each national restaurant is ready to offer visitors a chic selection of seafood dishes, as well as poultry and pork cooked in various ways. One of the most popular national treats is "Sungang duck", and exotic lovers are recommended to visit the picturesque Leyuan Road also known as "Seafood Street". Shenzhen is an incredibly beautiful and fascinating city of contrasts where stylish skyscrapers border on vast park areas, and the rich rhythm of life is imbued with a unique harmony. 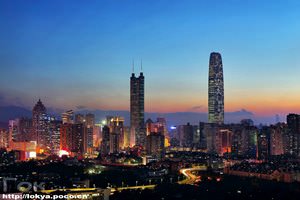 Fans of shopping will never feel bored in Shenzhen. The city is incredibly rich in various shopping centers, shops, and markets. Many of these shops are open not far from the main railway station. It is a great place to purchase locally produced textile. The fabric is of a high quality, but it is inexpensive at local shops. Besides that, there are many shops that sell electronics in Shenzhen, so vacationers will have no problem finding modern gadgets. However, experienced travelers recommend paying attention to the quality of items and purchase electronics only at large shops that specialize in selling electronic appliances.
Top hotels in Shenzhen for business trip or short vacation
The choice of luxury hotels is incredibly wide in Shenzhen, so even experienced tourists can get confused in their diversity. One of the most prestigious hotels is Grand Mercure Oriental …

Open
The city is also famous for its International Commercial Market that offers goods from different countries of the world. It is a great place to shop for new outfits, shoes, accessories, jewelry, and perfumes. Dongjie is one more shopping center that has become a true landmark of the city. It attracts numerous visitors not only with a variety of items for sale but also with its gorgeous design. Inside, the shopping center has a fabulous wooden design, many elements of which are handmade. In order to purchase national delicacies, consider visiting Longgang Street that is famous for its dried seafood and unusual goods.

This guide to iconic landmarks and sights of Shenzhen is protected by the copyright law. You can re-publish this content with mandatory attribution: direct and active hyperlink to www.orangesmile.com.
Shenzhen - guide chapters 1 2 3 4 5

City tours, excursions and tickets in Shenzhen and surroundings

Survived castles around Shenzhen
♥   Castle 'Qiang Castle' , 6.8 km from the center. On the map

Art galleries in Shenzhen and around
♥   Art museum 'M+' Hong Kong, 17 km from the center. On the map

♥   Art museum 'University Museum and Art Gallery' Hong Kong, 29.8 km from the center. On the map

Sights around Shenzhen from our guide 'Extreme places on Earth' 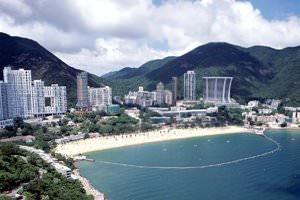 Distance from Shenzhen center - 36.3 km.
Repulse Bay is a shallow beach and therefore attracts many local children. The children who play along the coast often include the tourists who prefer most of them but only walk on the picturesque promenade. One of the most attractive features of the beach is the numerous nearby fish restaurants. Your menu can even impress the experienced gourmets. Many travelers come here specially to enjoy the rare sea food. … Read further 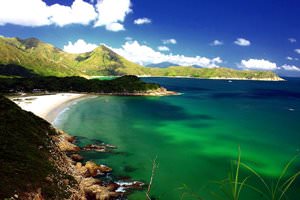 Distance from Shenzhen center - 35.6 km.
There are no trails in the nature reserve, so you can only walk to the coast. The trail through the nature reserve takes at least an hour and a half. On the way, tourists can not only see the unique sights of natural origin, but also the deserted villages. Most holidaymakers prefer the easiest way and go along the coast with the cutter. The experienced tourists also know the beautiful waterfall, which is located next to the beach and is part of the current of the river Scheung Luk. The waterfall forms the magnificent natural pool in which one can also swim. … Read further 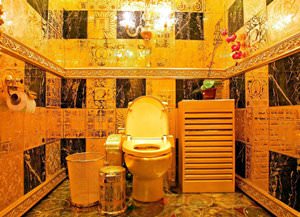 Distance from Shenzhen center - 31.9 km.
The golden toilet can be seen. Before the entrance visitors have to take off the shoes, which can damage the brittle gold cover. For 20 dollars you can put on the golden cloaks with the clothes. The need for the most expensive public toilet in the world can only be paid by those visitors who spent at least 200 dollars in the jewelery business. The author of the unusual Goldtoilette is the well-known Jewelermagnat and owner of the business Lam Sai Wing. For more than ten years impressive the chic golden toilet the rich buyers and the ordinary tourists. … Read further

Search touristic sites on the map of Shenzhen

Sightseeing in regions nearby Shenzhen

Hong Kong City
Hong Kong is often called the New York of Asia, although, the number of skyscrapers in Hong Kong is even more than in American cities. Hong Kong consists of Hong Kong Island, Kowloon, New Territories and a number of small islands. In 1997, the city was returned to China from the UK. After this, Hong Kong was awarded with a special status in China. Hong Kong skyscrapers simply ... Open »
Macau
Cheoc Van is another no less popular beach in Macau. This beach has the usual yellow sand but the sea often has an unpleasant look. The majority of vacationers prefer to swim in the pool here. However, if you enjoy surfing on high waves, it is hard to find a more suitable place. The waves are always high here, so fans of surfing can enjoy their favorite sport. Numerous cafes ... Open »
Guangzhou
At the present time, Guangzhou is also known as a major center of trade. It is famous for its ultra-modern shopping malls and colorful markets. It attracts not only shoppers but also adherents of excursion tourism. The city has managed to preserve its priceless historical monuments that belong to different eras. The territory of Guangzhou is home to more than 120 historical ... Open »
Xiamen
By the middle of the 19th century, many new plants and factories were built in the city. At that times Xiamen survived a series of military clashes. It gained the status of a large industrial and commercial center. The city still has the status of an important shopping center. It attracts many tourists not only with a vast number of historical sights, but also with an ... Open »
Guilin
Airplane is the best means of transport to get to Guilin. The city has its own airport that accommodates flights from neighbor cities and other countries of the world such as Japan, South Korea, and Thailand. Tourists from many European countries may not be able to make a direct flight to Guilin, and so they will need to fly to Beijing, Shanghai or Guangzhou first. The ... Open »
Kaohsiung
Surprisingly, even benches and street lamps in Houtong are shaped like the adorable felines. Local people even made special cat-shaped houses for the main inhabitants of the village. By the way, don’t be surprised to see a dog in the village. Local dogs live in peace with the true owners of Houtong. When you feel tired of a stroll in the village, it is time to visit a local ... Open »

All about Shenzhen, China - sightseeings, attractions, touristic spots, architecture, history, culture and cuisine. Prepare your trip together with OrangeSmile.com - find out the 'must see' things in Shenzhen, which places to visit, which excursions to take, where the breathtaking views are waiting for you. Planning your trip with this travel guide will help your to get the most out of Shenzhen in few days.