Side
Countries navigation
Hotel search in Side

Photogallery of Side, Turkey 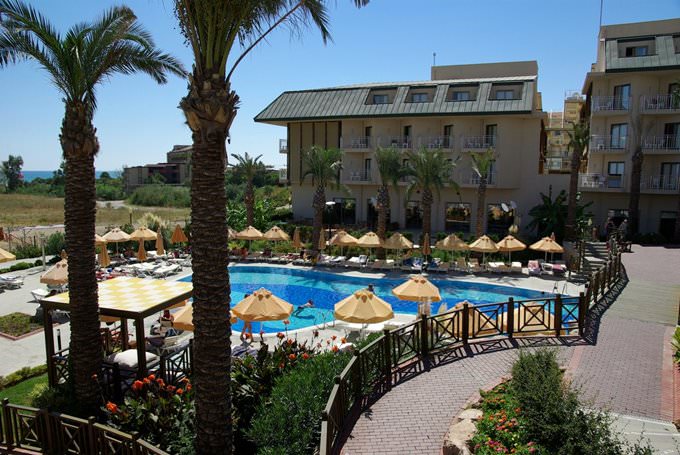 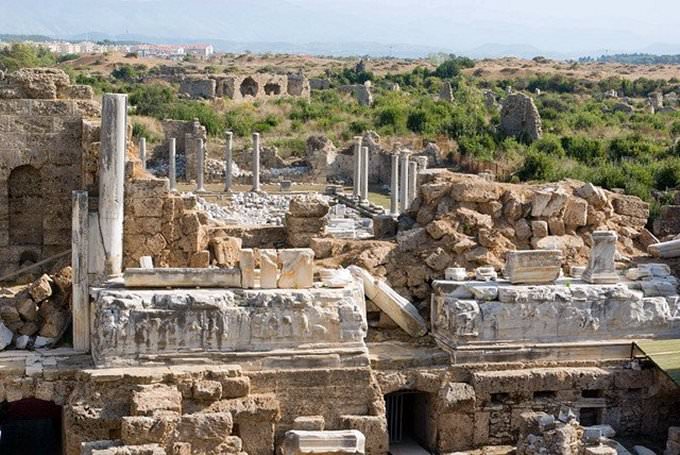 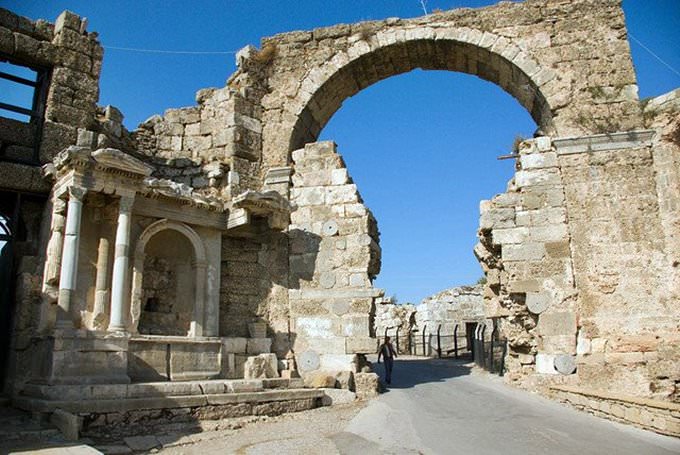 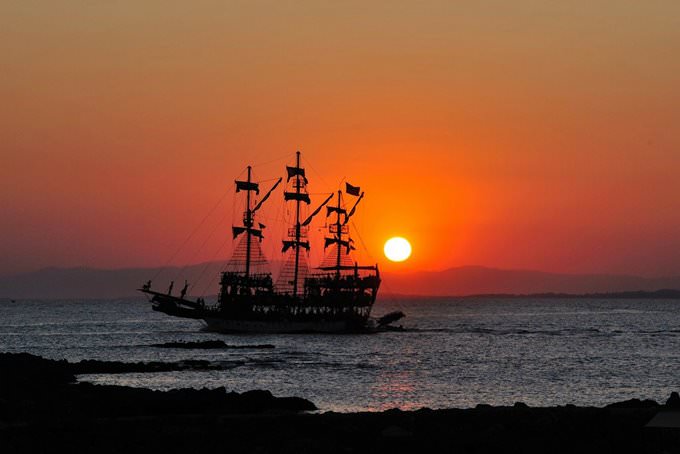 Disco ship in sunset at Side, Turkey by Martin Nikolaj @flickr 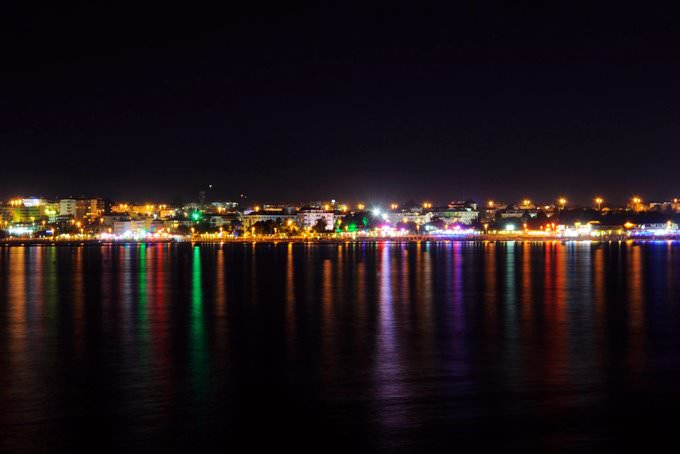 City lights of Side, Turkey by Martin Nikolaj @flickr 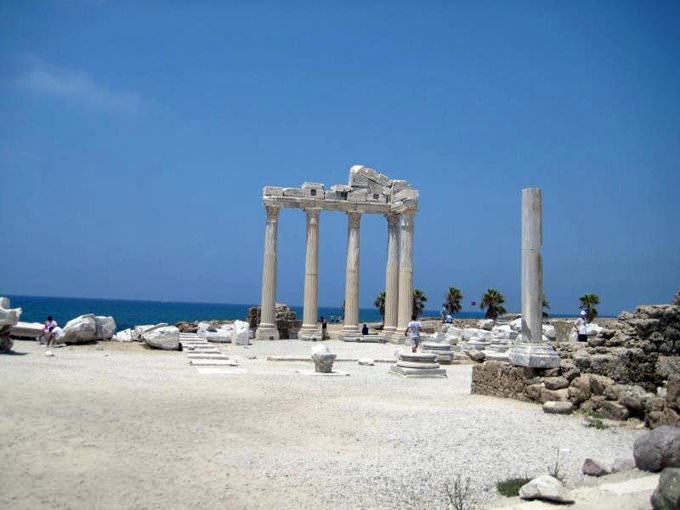 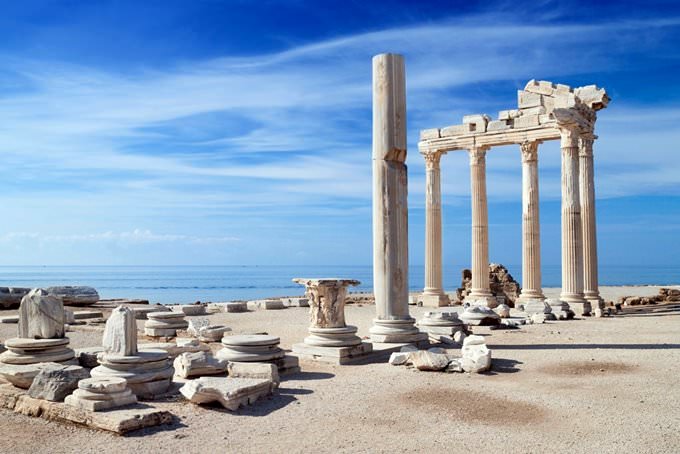 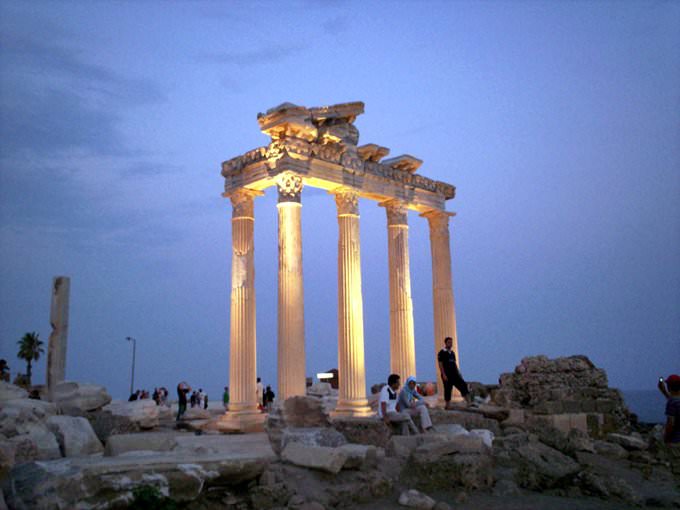 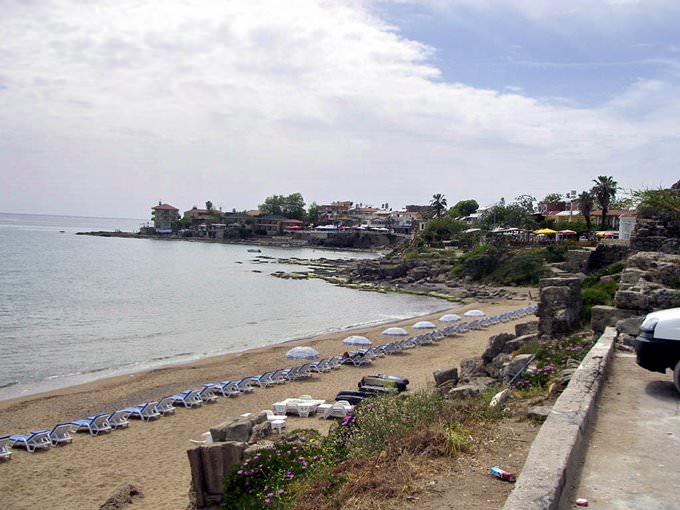 There are many famous old palaces in the city, but Myrelaion Palace is considered one of the most beautiful. It was built by order of Emperor Romanos Lekapenos. When the reign of the emperor was finished, the palace was transformed into a female monastery. The magnificent medieval design of inner premises was lost, but design of the facade has survived to our days in almost original look. Currently, the building is known as Bodrum Mosque. Ciragan Palace is another famous building of the medieval period. Currently the building is known as a luxury hotel. Until the beginning of the 20th century the building was used as a residence of the government. However, in 1910 the building was severely damaged by fire and after reconstruction works it was decided to transform the palace into a hotel. The modern design and furnishing of the hotel are made as close as possible to the original look of the building. … Open

Chapters of the guide to Side

Side is a picturesque town with an abundance of excellent restaurants and cafes. Their menu will impress those who have long wished to try popular dishes of Turkish cuisine and enjoy unique Mediterranean delicacies. The Ocakbasi restaurant specializing on local cuisine serves customers every day. In addition to a cozy room, there is a beautiful terrace available to visitors. The restaurant, which is located in a … Open

Travel guide to Side

An old aqueduct is one of the unique monuments of Roman civilization. It is part of the oldest water system. Today, similar stone structures can be seen in various parts of the Mediterranean. During the reign of Romans, they were used to deliver water to the city. The length of the aqueduct in Side was about 30 km. Its 13 km were tunneled through the mountains. Only a fragment of a once extensive stone structure has … Open

9. Buying goods in street markets one should be very careful, because not all products are of high quality. For expensive clothes, perfumes and jewelry it’s better to go to large shopping centers. 8. Vacationers are advised to buy only purified bottled water to drink; it is sold in all supermarkets and grocery stores. This will make acclimatization easier and will help to protect from feeling bad. 7. … Open

Among the bars and nightclubs that are popular in the Turkish city, it is worth highlighting the “Kiss” bar with its relaxed and soothing atmosphere, thanks to which you can spend your leisure time here surrounded by family members. For this reason, this is one of the most popular places among tourists. You can enjoy the magnificent views of the Mediterranean Sea, feel the touch of serenity. At the same time, … Open

Side is a prosperous resort that is popular among fans of various types of recreation. Various leisure activities are offered to fans of active pastime. Rafting fans should definitely visit the Alpine Rafting center. Every day, professionals are organizing a trip to the most attractive places of recreation. River rafting impresses both experienced athletes and beginners. One of the most popular activities among … Open

Cultural excursion through Side - things to see

It’s worth to start exploring city's sights visiting the Agora square. Several centuries ago, it was the busiest place in the city; there were ​​stalls and a variety of craft workshops next to the square. Only several columns and ruins of an ancient temple have survived to these days; hundreds of tourists come to admire this place every day. Here is also the Museum of Side, the most visited cultural venue … Open

Search touristic sights on the map of Side

Photogalleries of neighbours of Side

Manavgat
There is another interesting ancient monument in the immediate vicinity of Manavgat, reminiscent of the reign of the great Roman Emperor - the triumphal arch of Vespasian. It is located on the outskirts of Side city, the height of the ancient buildings is 13 meters. The luxurious arch with columns is decorated with antique sculptures, next to it is located a developing large ... Open »
Belek
There are several mosques in the city, worthy of at least a cursory glance of tourists. The first one worth highlighting is Mecek Camii – a small but very spacious mosque. The interior of the temple contributes to the peace and tranquility that can be felt here. Kadriye Cami, another interesting religious monument, is distinguished by its simplicity – both interior and ... Open »
Alanya
One of the most interesting and unique places in Turkey is perhaps the shipyard. It is located between the Kızıl Kule (Red Tower) and the Tophane Mescidi. Besides the fact that it will be very informative here, you must admit that the building is extraordinarily majestic. Remember the ships that conquered the oceans long ago were built here. This is the realest touch to the ... Open »
Antalya
Antalya is an ancient city, and therefore you can spot many ruins here. Some of them are deserving of attention. First of all, the ancient city of Pisidia is worth a special visit as it preserves the prehistoric ruins reminiscent of ancient Rome, which are mingled with the monuments of the times of the Ottoman Empire. Among the buildings you can find the ramparts of the upper ... Open »
Kemer
A great option for a walk is Kemer Cumhuriyet Meydanı Square, the very “heart of Kemer”, a wonderful street accommodating fountains, sculptures, cultural attractions. It is nice just to admire them, wander along small bridges, enjoy the fresh sea air, as well as take some pictures in memory of the wonderful time spent in the resort town. And here is a cafe where you can ... Open »
Konya
It is worth noting that the Museum of Ceramics (Karatay Medresesi) attracts both tourists and locals with its architecture, especially with its dome. Inside, besides the collection of ceramics, is the tomb of the founders of the "madrasa" (that is, the school). History buffs would probably be interested in visiting Atatürk Evi Müzesi, a house museum in which the first ... Open »
Kaş
Archaeologists have been working on the territory of the town and its nearby surroundings for many years. They have managed to find new constructions in places when ancient towns were located. The starting point of most of the sightseeing tours is a small square near the port where the monument to Atatürk is situated. There are several popular restaurants, gift shops, tiny ... Open »
OrangeSmile.com - online travel reservation expert providing reliable car rental and hotel booking services. We feature more than 25.000 destinations with 12.000 rental offices and 200.000 hotels worldwide.
Secure Server