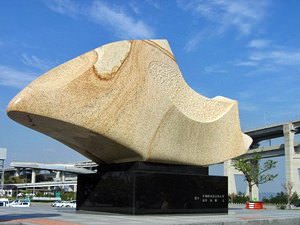 Okayama will be a great vacation destination for travelers who have long dreamed of getting closer to the traditions and culture of Japan. The national color is felt in everything, including the townspeople's love for traditional holidays, cooking, and art. All restaurants specializing in Japanese cuisine are necessarily decorated in keeping with national traditions. They have wooden furniture and traditional Japanese lanterns in the halls.
Shopping in Okayama - main shopping streets, outlets and boutiques
Okayama offers more than a thousand shops and malls, so shopping enthusiasts will not be bored here for sure. It's a good idea to start exploring local stores with a walk through the city's …

Open
Okayama residents also cherish customs associated with national costumes. Traditional clothes are worn on all holidays and special occasions. The national costume is an obligatory attribute of the tea ceremony and many other rituals. Throughout the year, Okayama holds many sumptuous holidays, mostly of religious nature. The most unusual celebration attracting lots of tourists is the annual Hadaka Matsuri Festival held in February. The name of the event can be literally translated as "Naked Festival".
It is celebrated in all cities of Japan, but Okayama's festival is considered to be the biggest one. The history of the festival has more than 500 years, and Saidai-ji Temple serves as the main venue. Here they perform an unusual ritual, in which only men can take part. For this, men put on special loincloths, which become their only piece of clothing. Several hundred men gather in the temple's courtyard in order to literally "catch their luck". The culmination of the festival is catching the special amulets that are thrown into the crowd by the monks. Copyright www.orangesmile.com
Guide to Okayama sightseeing - things to see and to visit
Okayama is an important transportation and education center in Japan, as well as a city with rich cultural heritage and complex history. It was founded in 1889 and was considered a major …

Open
Locals believe that a man who can catch the amulet and put it in a special bowl with rice will ensure himself luck and prosperity for the whole year. The Hadaka Matsuri Festival is held throughout Japan, but Okayama is still considered to be its birthplace. All interested men can join the unusual ritual, but for this, they must first undergo a rite of purification running through the icy waters of a pool located in the temple. It is noteworthy that more and more foreigners join the exotic festival in recent years. Men who have tattoos on their bodies, as well as those under the influence of alcohol, are not allowed to participate. 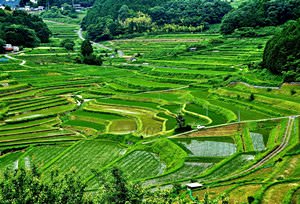 Unusual cultural traditions are reflected in all areas of local people's daily life. Foreigners should take into account that Okayama residents are not used to shaking hands. The main form of greeting for both men and women is a small bow. This is not just a form of greeting, but the main way to show respect for the interlocutor. People say goodbye in the same way. The local tradition of bowing has become so widespread and important that they bow to each other even while riding a bicycle.
Family holidays with kids in Okayama. How to entertain your child, things to show to children.
Okayama is ready to delight families with a variety of entertainment centers, picturesque parks, and interesting places to walk. One of their favorite spots among active tourists is Nichioji …

Open
Another interesting feature is that it is not customary to look into each other's eyes here. Direct eye contact is considered a sign of bad manners. Making a bow, you should slightly lower your eyes down. Even though Okayama has long acquired the status of a popular tourist city, local residents show a rather restrained attitude towards foreigners. They are extremely reluctant to talk to tourists, and during the conversation, they answer specific questions and no more. Such behavior should not be regarded as a sign of disrespect - the townspeople just find it embarrassing to talk to foreigners and experience some discomfort when communicating with them. For hundreds of years, international communication was absolutely limited here, which can be felt even today. 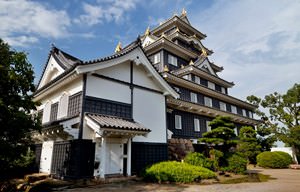 Politeness is another feature of a national character that becomes noticeable from the first days in the city. In shops and other public institutions, sellers and managers will surely smile at the customer and greet him or her with a traditional bow. In the streets and other public places, you won't see people having heated conversations. If you happen to travel by public transport, you can notice that all young people yield seats to the elderly, and such behavior is considered the norm here. Sign language is widely spread among city residents, and some of its elements may not be understood by foreigners. For example, the well-known OK gesture symbolizes money here. When locals take pictures, they often show the popular “V” gesture with their fingers, which indicates a good mood.

This guide to traditions and festivals in Okayama is protected by the copyright law. You can re-publish this content with mandatory attribution: direct and active hyperlink to www.orangesmile.com.
Okayama - guide chapters 1 2 3 4 5 6 7 8 9

City tours, excursions and tickets in Okayama and surroundings

Survived castles around Okayama
♥   Castle 'Shimotsui Castle' Kurashiki, 2.4 km from the center. On the map

Colors of Okayama in photos

Traditions and festivals in cities around Okayama

Kobe
Kobe residents are known for their politeness and hospitality; every tourist will feel like a welcome guest in this city. Citizens have long been accustomed to a large number of tourists. To show your respect for them, you must follow the simple rules of local etiquette. First of all, it is necessary to be polite to everyone, which is always highly appreciated. Locals never ... Open »
Hiroshima
Thus, it is inadmissible to enter the house in shoes for outdoor walking, as it is considered a sign of bad manners. It may seem strange to many foreigners, but it is also unaccepted to bring soap to the bathroom; locals prefer to take a shower. In general we can say that locals are very scrupulous in matters of hygiene, they always want to look neat and keep the house in good ... Open »
Osaka
The festival is celebrated according to lunar calendar and after the Gregorian Calendar the dates of the festival fall on the middle of August. Local people believe that in this period the spirits of their ancestors come back home. To help them find a way home at nightfall doors of the houses are illuminated with bright lanterns. The festival is followed with different ... Open »
Kyoto
In the last days of October, the Festival of the Ages is held that involves a huge number of local residents. The main event of the festival is a colorful parade, where more than 150,000 people take part. Citizens dressed in beautiful old costumes walk along main streets of the city, some of them are riding horses, dressed in festive attire. Solemn national costumes that can ... Open »
Fukuoka
It is a series of several national celebrations; traditionally the most striking and memorable holiday is Hakata Dontaku. The holiday has got its current name in the early 17th century; it is believed that it derives from the German word ‘zondag,’ which means ‘Sunday.’ Celebration begins with a parade taking place on the main avenue of the city. Lots of children are ... Open »
Nagasaki
In late August, the Lantern Festival, one of the largest of its kind in Japan, is held in the surrounding area of Emukaetho. Within the framework of this festival, a huge 25-meter-high tower is built from lanterns. More than 3,000 lanterns are used for its formation. When evening comes, all the lanterns installed on city streets and squares are lit - a truly fantastic sight. ... Open »

Cityguide on traditions, mentality and lifestyle of people in Okayama. Learn the best periods to visit Okayama to discover its soul - authentic festivals, events and celebrations. We will also reveal the interesting habits, attitude towards the world and to tourists in Okayama.