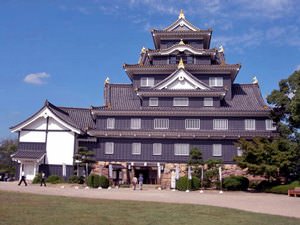 Okayama Castle is considered the main historical and architectural symbol of Okayama. The exact date of its construction remains unknown, while the first official mention of the castle appears in the middle of the 14th century. From the moment of construction, the castle was used for defensive purposes. Originally, it was distinguished by an enormous scale. Besides the donjon, its structure consisted of more than 20 gates and 34 towers. In the 14th century, it was one of the largest castles in the world. Over the centuries, it has gone through many battles and has been repeatedly destroyed and restored.
Cuisine of Okayama for gourmet with top restaurants and cafe
Okayama has many Japanese restaurants where you can try traditional regional dishes. However, tourists are much more interested in food markets and street stalls where they sell exotic local …

Open
Today, the castle houses a museum dedicated to the history and culture of the province. Among the exhibits presented here are archaeological and historical artifacts, art collections, and antique furniture. Visitors to the castle will find many interesting entertainments. They will be able to visit the tea room and try the best varieties of tea brewed in antique ceramics. The castle also houses a souvenir shop where you can buy lovely handicrafts. Okayama Castle is located in a beautiful park, a walk along which is an indispensable part of the tour.
Kōraku-en Park is an outstanding historical attraction itself. It is considered one of the three most famous landscape parks in Japan. The area of the park is 13 hectares, and work on its foundation started back in 1687. The park was opened to the public only at the end of the 19th century. Many of its original elements and decorations have been preserved to our days. Apart from age-old trees and ornamental plants, visitors to the park can see several ponds inhabited by fish and turtles. The well-designed park became home to various bird species, and traditional Japanese-style structures are among its main decorations. The park was badly damaged during the Second World War, but thanks to the preserved ancient mock-ups and drawings, it was possible to restore its original appearance. Copyright www.orangesmile.com
Authentic traditions, festivals and lifestyle of Okayama inhabitants
Okayama will be a great vacation destination for travelers who have long dreamed of getting closer to the traditions and culture of Japan. The national color is felt in everything, including …

Open
Okayama has one of the largest concert halls in Japan - Okayama Symphony Hall. Opened in 1991, the hall can accommodate up to 2,000 visitors at a time. Okayama Symphony Hall hosts all kinds of cultural performances. Here you can watch symphony concerts, performances by local folk groups and contemporary musicians. The Okayama Symphony Hall building is a remarkable monument of modern architecture. Its facade is decorated with mirror tiles making the whole building look especially impressive on a sunny day. The area of the concert hall is very popular among tourists who can choose from a variety of cafes and souvenir shops. 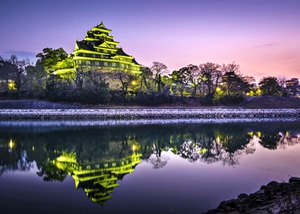 A must-have for fans of unusual tours is the Museum of Pears located within the province. The name of the museum speaks for itself. For over a hundred years, Okayama farmers have grown special varieties of pears, which are the real pride of the local agriculture. Among the museum's main exhibits are samples of various types of pears that were brought here from different parts of the world.
Your active city break in Okayama. Attractions, recreation and entertainment - best places to spend your day and night here
Okayama will appeal to hiking and nature enthusiasts who will have many beautiful gardens to explore in the prefecture. A great place to relax in the fresh air is Omizu en, a historic garden …

Open
The most unusual exhibit is a large pear tree, which grows right in the middle of the museum. It was grown in such a way that visitors could even see its root system. Now the museum has many interactive exhibits and information stands, which makes it ideal for families. In a museum shop, you can buy fresh pears, as well as sweets made from them. Marmalade and sweets made from pears in local factories are popular souvenirs among tourists. 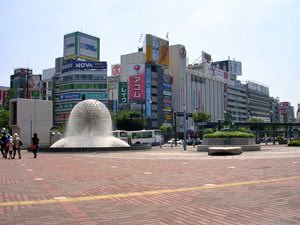 Okayama has some ancient shrines and temples to visit. The Kumano Nachi Taisha built in the middle of the 19th century can be found in a picturesque mountainous area. Lots of valuable religious artifacts are put on display within the walls of the temple. Every year on July 14, it hosts an incredibly beautiful and sumptuous holiday, which is considered one of the most important religious events in the country. The area around is no less attractive to tourists. They can walk in a beautiful forest, which is considered to be sacred, as well as see a wonderful waterfall, the highest in Japan.
Advices to travellers: what you should know while being in Okayama
1. in Okayama, fans of original souvenirs should pay attention to porcelain goods, as well as traditional tatami mats. Unlike other cities in Japan, they are still made by hand here. 2. …

Open
The Okayama Prefectural Museum of Art was opened in 1988. Presenting painting, sculpture, and photo art expositions, the museum often holds temporary exhibitions and presentations. Tourists are also attracted by its regular master classes at which they can learn how to create works of art on their own. Master classes are available only for adults but also for children.

This guide to cultural sights Okayama is protected by the copyright law. You can re-publish this content with mandatory attribution: direct and active hyperlink to www.orangesmile.com.
Okayama - guide chapters 1 2 3 4 5 6 7 8 9
Car rental on OrangeSmile.com

Photogallery of cultural heritage of Okayama

Excursions over cultural sights of neighbours of Okayama

Kobe
The city offers dozens of museums and galleries, and Hakutsuru is among the most unusual ones. This museum occupying a beautiful historic building decorated in the style of past years introduces visitors to sake-making traditions. Local people consider the strong rice drink to be one of their main national symbols. During the tour, visitors will be told a lot of interesting ... Open »
Hiroshima
Another interesting church of the 14th century is Fudoin Temple; it is one of the few sanctuaries that have survived the bombing. The bell tower and the gate of the temple have survived in their original form; now they are of great cultural value. The Hiroshima Museum of Art invites tourists to distract from the tragic history of the city and enjoy the beauty of exquisite ... Open »
Osaka
Among nature attractions the Minoo park is of great interest for tourists and city guests. The park is located in the nearest suburbs of the city. This is a valley of ultimate beauty featuring rarest plants. Annually the park is visited by thousands of thousands of tourists wishing to observe beautiful flowers and rare swamp maples. The unique wildlife preservation is a place ... Open »
Kyoto
In the historic district of Kyoto Imperial Palace is located. The total area of this large-scale construction makes out 84 hectares. It became available for a free visit quite recently, in 1946. Detailed tour of the palace includes a visit to the most beautiful rooms, durbars and cozy patios. The Nijo castle is also important historical object. A powerful defensive structure ... Open »
Nagoya
One of the main peculiarities of Nagoya is a variety of marvelous parks and squares. The Higashiyama Park is among the most interesting places here. The park covers quite a large territory and is conditionally divided into several zones. Here, you can find an exciting amusement park, a small zoological garden and an interesting botanical garden with a rich collection of ... Open »
Fukuoka
Literally every local building is a unique masterpiece of the modern architecture. The height of some skyscrapers is over 200 meters; upper floors of some buildings are equipped with excellent viewing platforms. Travelers who are not enough of local attractions are recommended to visit neighborhoods of the city. Nearby towns of Dazaifu and Hakodzaki are famous because of ... Open »

Culture guide to Okayama. Which fascinating sights to visit once you are in Okayama: temples, churches, museums, theaters and castles. Recommendations (with addresses, phone numbers and links) on the places 'must visit' in Okayama. Plan your own city excursion by using this page info!