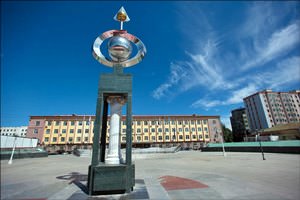 On the territory of Mongolia, continental climate prevails. During a particular season, the weather patterns can be very varied. The amplitude of temperature fluctuations is quite substantial within 24 hours. To characterize the Mongolian climate, we can say that it is fairly harsh. Summer here, is relatively warm and comfortable but it is also characterized by high humidity levels. In winter on the other hand, relatively low temperatures and low air humidity are recorded. Big flurries are one of the main features of Mongolia. Here, the wind blows all year round regardless of the season. In spring, the movement of air masses becomes even more aggressive, thereby causing severe sand and dust storms to be experienced. The locals call it karaburun.
Things to do in Mongolia - active leisure
Mongolia is a country of boundless Steppes and deserts, amongst which small towns, lakes and rivers can occasionally be found. Locals still lead a …
Read further
The harsh and cold winter in the country is known to last for quite a while. Here, practically all the water bodies freeze and the whole area is covered by a thick layer of snow. More often than not, the winter lasts from the middle of November until the end of March. January is considered to be the coldest month of the year in Mongolia, with the temperature dropping down to as low as -40°C. In some cases, it even reaches up to -50°C. Being unaccustomed to such temperature conditions, tourists find it difficult to adapt to this weather. With the beginning of spring, the air temperature rises again, snow gradually melts, and the water bodies defrost. Also, it is worth mentioning that all the vegetation begins to bloom and give off their scent during this season. However, the thunder-gust during spring reaches up to 25 meters per second and is characterized by a huge destructive force. This is why there are various accidents in the country during this period, which are caused by weather conditions.
With the arrival of summer, the weather in the country becomes warmer and more stable. Please note that sharp weather changes can however not be completely ruled out. July is considered one of the hottest months of the year. The air warms up to a temperature of 26°C. However, the temperature can drop to as low as 10-15°C during the night. In the Gobi Desert, scorching heat reigns throughout the summer. There are many clear days in summer and even after it rains, the sun immediately appears. Warm weather in Mongolia lasts until the middle of September. Afterwards, a rainier and cooler season begins. Autumn lasts for about 60 days, because already by the middle of November in Mongolia, severe winter begins. Copyright www.orangesmile.com

Top periods for vacation in Mongolia 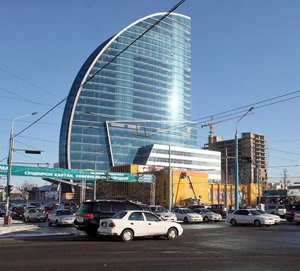 Mongolia is characterized by a fairly harsh climate. It can be best expressed to be comprised of a windy spring, hot summer, rainy autumn and a long, harsh, cold winter. But, despite this fact, there is a significant inflow of tourists to Mongolia annually. Everyone wants to see with their own eyes the land of the “blue sky”, as well as enjoy the high mountain ranges and the purest air of the Atlantic and Pacific Ocean. The most popular types of tourism relate to family relaxation and rehabilitation. It is often enough to simply come here to study the sky in the largest observatories. In general, the time of visiting Mongolia depends on what kind of goal you set for yourself, and what region you want to go to.
When and where to 'hang out' in Mongolia - festivals and celebrations
Of the most revered and respected holiday of Mongolia is Tsagaan Sar, also known as “White Month”. On this day, the New Year is celebrated …
Read further
For example, if you want to get to western Mongolia and enjoy the lakes, then it is worth remembering that up to the middle of July in these territories the lakes are still covered with ice. For excursions, it is best to visit from the end of spring and until the end of September. During this period, the weather is most favorable, as there are no strong gusts of wind, and heavy rains. In other months, you can save a lot on sightseeing tours. If you are a fan of alpine skiing, you should come to Mongolia from the end of November until the beginning of March. Winter in the country lasts more than 110 days, so the abundance of snow and low temperature are guaranteed to everyone. 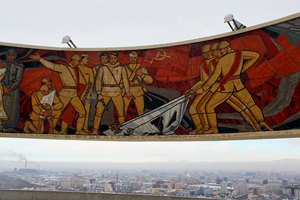 If it is a beach holiday that you are after, then you need to come to Mongolia in July. This is the warmest month of the year and during this period also, the amount of precipitation is at its minimum. In modern times, ecological tours have become very popular. After all, there is a lot of real pristine nature here. You can admire the impressive lakes, deserts with gorgeous oases, grassy steppes, taiga dense forests and even glaciers on mountain peaks. A rather large percentage of tourists come to Mongolia for the sake of fishing.
Overview of the optimal transportation means in Mongolia
To date, the transport infrastructure in Mongolia remains at an underdeveloped level. The total length of roads is only about 50,000 km, and less than …
Read further
If you want to visit the Gobi Desert, then plan your trip within early summer or early autumn. To get closer acquainted with the color and mentality of the local population, it is best to visit Mongolia during any of the national holidays. For example, at the festival on Naadam, which means sports competitions or on the holiday TsagaanSar, as is customary to call the beginning of the lunar New Year in Mongolia. Also worthy of attention is the camel festival in January, the festival of worship in June, the festival of mask dancing in September, and of course the festival of hunting eagles in October.

1. You can zoom in to Mongolia using the '+' button, or check temperatures around the globe by the '-' button.
2. Besides this, you can grab the map by your mouse button and move it to see the temperature in other regions.

This article about climat and travel seasons in Mongolia is protected by the copyright law. You can re-use the content, but only under the condition of placement of an active link to www.orangesmile.com.
Mongolia guide chapters 1 2 3 4 5 6 7 8 9 10 11 12 13 14 15 16
Country maps

Sightseeing of Mongolia in photostream