Religions and languages in Mongolia 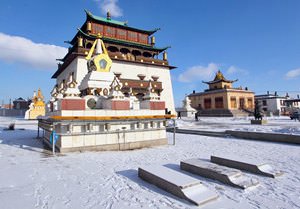 The official language in Mongolia is the Mongolian language. Absolutely every citizen of the country perfectly speaks the national language of his or her state. It is worth noting that the history of this Mongolian language can be traced to the ancient Khalkha dialect. The very name of the Mongolian language implies a merging together of several languages, which, in general, belong to the same linguistic structure. The formation of the Mongolian language was influenced by such linguistic groups as Korean, Manchu-Tungus, Turkic, as well as other dialects.
Best visiting periods - the climate of Mongolia
On the territory of Mongolia, continental climate prevails. During a particular season, the weather patterns can be very varied. The amplitude of …
Read further
Today, the number of inhabitants that speaks Mongolian is recorded to be about 6 million people. At the same time, there are several dialects in the country, including the western and central dialects. In general, these linguistic directions are distinguished only phonetically. Therefore, residents of different regions of the country understand each other perfectly well. The literary language of Mongolia is built on the basis of the Khalkha dialect. Some linguists even call the national language of Mongolia Khalkha-Mongolian. It is in this language that locals communicate in their daily life as well as at work. They also hold business meetings, write, read and publish national literature in it.
It is worth noting that today the government wants the local population to use the old Mongolian writing. However, this program has not been fully implemented yet and it is not met with much approval from the local population. Due to the fact that Mongolia was earlier part of the Union of Soviet Socialist Republics, a fairly large percentage of locals ideally speak the Russian language and transfer the knowledge to future generations. Due to the location of Mongolia near the borders, the population of some border regions has distinctive dialects of the Chinese language. About 5% of all locals, besides the Mongolian language, also speak Kazakh. Education of children is based on the Mongolian language; foreign languages are taught beginning from high school. English has been acknowledged as the first foreign language. Copyright www.orangesmile.com
Overview of the optimal transportation means in Mongolia
To date, the transport infrastructure in Mongolia remains at an underdeveloped level. The total length of roads is only about 50,000 km, and less than …
Read further
Today, the dominant religion in the country is Buddhism. This religious denomination gained its penetration into Mongolia since ancient times. The modern republic professes such a popular Buddhist direction as Lamaism. At the same time, it is estimated that only about half of the local population of the country considers Buddhism to be their religion. At the beginning of the last century, adherents of this religious trend reached 95% of the total number of residents. However, Mongolia’s being in the communist union could not but affect the state of religion in the country. Religious denominations were prosecuted by the law, and their adherents were brutally punished. As a result of such religion persecution, many locals gradually abandoned their faith so as not to incite problems. 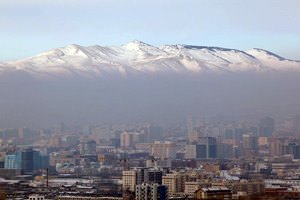 Along with this, various religious monuments, ancient monasteries and temples were actively destroyed. The monks themselves were even exiled for several years to Siberia. Not every clergyman that left came back to their homeland. Most likely, that is why today more than 30% of the local population consider themselves absolute unbelievers. Despite this, in recent times, Mongolia is experiencing a new wave in the rise of religion, and is now gradually restoring all the previously lost temples. Regarding legislation, the Constitution guarantees every Mongolian citizen absolute freedom of religious. At the same time, the Constitution prohibits discriminations against any individual or group based on any religious grounds. It also obliges everyone to respect the churches, as well as other religious faiths. The main thing is that the Church does not contradict the state and its legislation.
State construction and political life of Mongolia
Mongolia is a parliamentary state in which there is local self-government. The country is considered a sovereign and independent state. It is legally …
Read further
In order to regulate the relationship between religious faiths and the state itself, the Constitution even passed a special law regulating against interference. Thus, the state allowed the restoration of the organizational structures of the Mongolian religions, and also actively welcomes the birth and spread of new religious organizations, including Western trends. Modern Mongolia is characterized by religious pluralism, because the variety of different beliefs is increasing every year. In addition to atheists and Buddhists in the country, about 10% of the citizens are followers of the religion Islam. In recent years, Christianity has also been gaining popularity. The total number of Christians according to last year’s data was about 2%. They include Protestants, Baptists, Evangelists, Mormons, even Catholics and Orthodox.

This article about religions and languages in Mongolia is protected by the copyright law. You can re-use the content, but only under the condition of placement of an active link to www.orangesmile.com.
Mongolia guide chapters 1 2 3 4 5 6 7 8 9 10 11 12 13 14 15 16

Photogallery of iconic places of Mongolia