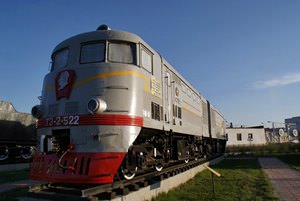 Mongolia is considered an agrarian-industrial country. Despite the fact that several decades ago Mongolia did not have stable international relations, today it has active trade relations with dozens of countries around the world. According to data for the last year, the country’s trade turnover amounted to more than $ 2 billion. Approximately 40% of the country’s total trade is in the exchange of goods with the Russian Federation, China, Japan, the United States of America and even Switzerland. It is worth noting that 12 years ago Mongolia became a member of the world trade development organization. This provided an opportunity for the further strengthening of international trade relations and the subsequent and corresponding improvement of the State’s economy.
National traditions and mentality of people in Mongolia
Mongols are the heirs of the great Mongolian empire, which is the largest in history. They are incredibly freedom-loving, faithful to their ancient …
Read further
Historically, the main development sphere in the country is agriculture and livestock. If we talk about fossils, then on the territory of the country you can find quite large deposits of copper, which are now being actively extracted. In addition, there is also coal, tin, and molybdenum ores. Recently, gold and tungsten ore have been actively mined. After the collapse of the Soviet Union, the Mongolian economy took a significant hit. The situation was further worsened by the ruling political party, which refused to make any drastic changes like focusing more attention on the European and American markets. Only with time was the party able to change its policy and carry out reforms.
The economy has begun to stabilize and improve over the past 15 years. The Country owes much of her developmental strides to the presence of a huge number of mineral deposits. Unfortunately however, Mongolia does not have the necessary manpower and financial resources to achieve full development. If we are to talk about the country’s Agricultural sector, it is this sphere that is the basis of the entire economy today. It employs more than half of the total number of the able-bodied population of the country. Agriculture provides at least 40% of annual GDP. It should be noted that livestock breeding has developed actively. To date, according to international data, the Country is ranked third in the world with regards to the ratio of the number of cattle to every Mongolian citizen, and the figure was discovered to be twelve cattle per person. About 5% of all exports are products from the agricultural sector. Copyright www.orangesmile.com
Mongolia cultural sights. What to see?
Mongolia is an ancient state. The modern country is the heir of the great Mongolian empire. Most of the museums in the country are concentrated in the …
Read further
Agriculture today, plays a secondary role in the country’s economy. The State however continues to finance the sector, with the aim of promoting development. A special program was also put in place to revive agriculture and develop plow-lands. With regards to the economic productivity, much of the Country’s interest is focused on; the processing of minerals that are produced domestically, as well as for the processing of meat, milk, wool, felt and food products. A significant part of the outputs of the Mongolian industry is exported. Some of the leading products in this case include; natural fur, wool, leather, livestock products, molybdenum ore and fluorite. Despite the fact that several decades ago the development and extraction of phosphorite was suspended in favor of the preservation of the environment, the availability of modern technologies has enabled the country to continue to successfully extract and sell this material. 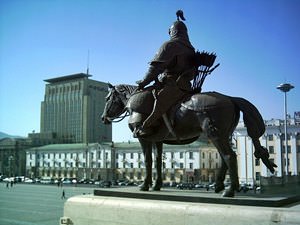 Mechanical engineering came into the scene in Mongolia just 12 years ago. It all began with the development and production of the first real national trolley bus, which was designed by Mongolian engineers. Since then, the factory has expanded considerably and now, it is a pleasure to mention that its products are used not only inside the country, but are exported to Kyrgyzstan and Kazakhstan. In recent years, such countries as the Czech Republic, Uzbekistan, including also some Asian countries, approached Mongolia with the intention to buy transportation machineries. There are specialized factories in the country with highly qualified employees who are focused on the development of gyrocopters and deltaplanes.
Things to do in Mongolia - active leisure
Mongolia is a country of boundless Steppes and deserts, amongst which small towns, lakes and rivers can occasionally be found. Locals still lead a …
Read further
The tourism sector in the country is still at the young stage, but it is gradually developing. According to data from the past year, Mongolia was visited by about five hundred thousand tourists, thereby causing revenue generated from the sector to grow significantly. The standard of living of the local population is gradually growing, but, nevertheless, the problem of poverty and class difference still persists. There is an acute problem with unemployment and the lack of decent social security. The GDP growth as of last year is about 7.5%. At the same time, inflation is about 10%, which is a very good indicator for a country with similar economic development. The unemployment figure is about 9% of the total number of the able-bodied population, and GDP per capita is about 6,781 dollars. About 17% of the local population lives below the poverty level today.