National traditions of Luxemburg. Habits, mentality and the way of living 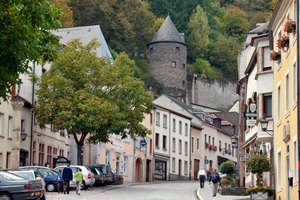 Luxembourg is a very calm country. Locals do not like excessive noise and lead a calm, measured life. It may seem that they are emotionally stingy and reserved, but this behavior is peculiar to the national character. In the country three official languages are spoken: Luxembourgish; which is a special dialect of German with a mixture of words from French, German and French. Nevertheless, the locals communicate with each other precisely in Luxembourgish. This language is similar to German only by the recognizable sound of a group of Germanic languages. Luxembourgers lead a rather closed life. They do not like to go out into the streets or "into the light" after they return home from work.
Best visiting periods - the climate of Luxemburg
In Luxembourg, as in the Benelux countries, there is a mild climate with warm winter and a cool summer. During winter, temperatures rarely fall below …
Read further
In Luxembourg, it is customary to get up early and go to bed early, and therefore disturbing each other in the evenings by calls is considered bad and improper. At the same time, Luxembourgers, when dealing with other people, especially unfamiliar ones, behave extremely restrained and properly, without showing their emotions or demonstrating their true attitude to the person. They are always ready to help, not only close friends or relatives, but also tourists asking for directions and in search of local attractions. Luxembourgers are very good-natured people. However, due to their equanimity and composure, they may appear detached and indifferent. They do not like noisy parties and big companies. They prefer a modest family vacation.
97% of the population of Luxembourg is Catholics. The country is a true pillar of the Catholic faith throughout Europe. Locals are religious enough that they regularly go to church. At the same time, Luxembourgers are extremely tolerant to representatives of other faiths and worldviews. Another important aspect of Luxembourg's life is its national culture. Despite the fact that the country is very small and has been deprived of its independent status for a long time, local people value their national culture and are sincerely proud of it. Luxembourgers honor their traditions in a wide variety of fields: they continue to pass on their historical recipes for preparing national dishes, hold music holidays and festivals, and raffle off grants and award prizes. Copyright www.orangesmile.com
Overview of the optimal transportation means in Luxemburg
Luxembourg is very small but economically developed country. It has an excellent transport system. The railway network connects the country with …
Read further
The music in Luxembourg is treated with special attention and respect. Virtually every local district has its own choir and orchestra playing traditional musical instruments. Many local musicians sing in the national language, using folk motifs. Great influence on local music was rendered by neighboring Germany. In some melodies, one can hear classical German features. In large cities, music festivals are held annually, which are designed to encourage musical culture. Performances of musicians of different genres and directions take place at them. In addition to music, every cultural activity is actively encouraged in the country. Authorities award monetary bonuses for achievements in science and literature. 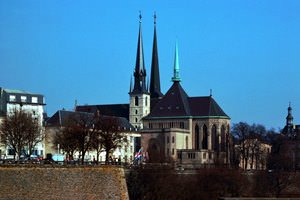 Cultural events are the most discussed topics among locals. They like to talk about classical music, art, literature and sports. Luxembourgers vividly characterize one of the country's mottoes "to be who you are." They really do not aspire to do great things but just enjoy life in their calm and comfortable country. They are extremely careful, attentive and accurate in their work, which makes them excellent employees. Like the Germans, they are used to doing their job qualitatively, so that they do not have to redo it or fix mistakes. The country has an incredibly low level of crime. Even in the dark, it is extremely safe.
State construction and political life of Luxemburg
Luxembourg became a Grand Duchy in 1815. The Country has a system of constitutional monarchy. All legislation is carried out according to the …
Read further
Another important feature of the mentality of locals is the dislike for innovations. They are very wary of everything that can change their settled life. Even novelties of technology are perceived by them with caution. They are much more comfortable to use outdated, but familiar objects. For this reason, Luxembourg has never participated in serious battles. The country hosts a large number of holidays and festivals. Luxembourgers like this kind of recreation. The birthday of the Grand Duke is also celebrated on a grand scale. The locals are very fond of the ruling monarch and his family.

This article about national traditions in Luxemburg is protected by the copyright law. You can re-use the content, but only under the condition of placement of an active link to www.orangesmile.com.
Luxemburg guide chapters 1 2 3 4 5 6 7 8 9 10 11 12 13 14 15 16

Cathedrals and basilicas in Luxemburg
♥   Cathédrale Notre-Dame de Luxembourg, Luxembourg. On the map

♥   Basilique Saint-Willibrord, Echternach. On the map

♥   Abbaye Saint-Maurice, Clervaux. On the map

Castles of Luxemburg
♥   Castle 'Berg Castle' . On the map

♥   Castle 'Bettange-sur-Mess Castle' . On the map

♥   Castle 'Bettembourg Castle' . On the map

♥   Castle 'Bourglinster Castle' . On the map

Famous sites of Luxemburg in pictures

Unique traditions in cities of Luxemburg

Luxembourg
Locals treat travelers with great caution. They are always polite, fellowship, and happy to help. However, local residents also expect travellers to be polite and respectful. Any embarrassing or negligent behavior can greatly offend the townspeople. When it comes to topics for conversations, the locals do not like discussing culture and religion with visitors. In their point of view there are far more interesting subjects, such as literature, art and, of course, sports. Luxembourg is famous … Read more

Dudelange
They can discuss any theme and they are usually curious to hear about life in other countries. So, locals often express genuine interest in dealing with foreigners. Of course, they do that in their own calm manner, but if someone knows them better, he or she will be surprised to see how passionate locals are on the inside. Some discussions can be very emotional, but Dudelange residents are ready to adopt a viewpoint of another person if they get enough facts. That said, there are forbidden … Read more