Fun and festivities in Luxemburg - celebrations, festivals and cultural events 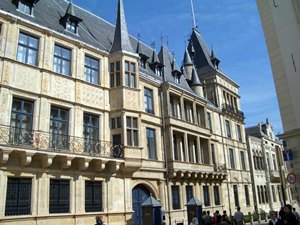 Traditionally, the most cheerful holiday of Luxembourg is Emeshen, held on Monday after the celebration of Easter. It is accompanied by numerous fairs and exhibitions selling items of local craftsmen. Particularly famous, are products made by pottery craftsmen. Locals in advance are stocked with cheerful whistles depicting birds, and then they exchange with each other, making the innermost desires. The whistles symbolize the wish for happiness and prosperity. The holiday is accompanied by mass street festivities and folk dances under the largest tent, set specially for Emeshen.
For active traveler - national parks, landscapes and nature of Luxemburg
The magnificent landscape and incredibly beautiful nature makes Luxembourg attractive for tourists from all over the world. The country has a mild …
Read further
The annual carnival in Luxembourg is the most colorful and significant event of the duchy. Festive processions last three days and the main events take place on the last day of the carnival. The spectacle, presented to the public, is so impressive that it can rightly be called the brightest holiday of Luxembourg. There is no street that does not take part in this enchanting action. The whole country becomes a platform for carnival. Street parades and ubiquitous dances are organized; salutes are fired from sweets and popcorn, which is traditionally caught by an umbrella. Almost all the costumes for the holiday are done by participants with their own hands.
The birthday of the Grand Duke is another significant celebration. Its celebration begins beforehand with torchlight procession and salute. It is interesting that the date of birth is completely different from the day of celebration, every year the holiday is celebrated on June 23. Representatives of the government, accompanied by soldiers of the army of Luxembourg, go to the Cathedral of Notre Dame, where they are expected by members of the royal family and a huge crowd of gathered residents of the duchy. After the collection of all officials, a short service is held, and by tradition, the Minister of Foreign Affairs invites diplomats for breakfast at the National Theater. In the evening, there is a festive dinner at the Palace of the Grand Dukes. In the afternoon, the festivities of locals do not stop even for a minute; there are organized fairs and parades. Copyright www.orangesmile.com
Best visiting periods - the climate of Luxemburg
In Luxembourg, as in the Benelux countries, there is a mild climate with warm winter and a cool summer. During winter, temperatures rarely fall below …
Read further
Burgzondeg - fire festival, is held on March 13 every year before the Day of Repentance. The young people of Luxembourg climb the hill and kindle a large bonfire, symbolizing the new season and the superiority of the sun over the winter. Such bonfires are also called Easter bonfires; they symbolize the revival of nature. The holiday has pagan roots. When the duchy converted to Christianity, the official church changed traditions. Now Burgzondeg is only an entertainment for young people. For the introduction of color, some wear national clothes and sing folk songs, calling spring and rejoicing in the holiday. 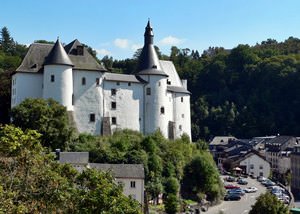 The inhabitants of Luxembourg live in the anticipation of a magical act all week before Christmas. Everywhere there are markets, the main assortment of which is a large assortment of various souvenirs and gifts mainly hand-made. You can buy them only at a certain pre-Christmas time. On the shelves you can find stone and wooden hand-made articles, candles with various flavors, small statuettes of angels and other variety of goods. In addition, local chefs produce homemade honey cakes, candy floss, chestnuts and fried sausages and also sell them. The streets are filled with the sounds of Christmas tunes, performed by a brass band.
Overview of the optimal transportation means in Luxemburg
Luxembourg is very small but economically developed country. It has an excellent transport system. The railway network connects the country with …
Read further
Luxembourg residents are supported by ancient traditions, and therefore the feast of All Saints takes a proud place in their list. It is celebrated at night from October 31 to November 1 with a wide-range of festivities and on a large scale. Preparation for this night is more than one day. Adults together with their children create costumes and come up with the make-up of participants in the masquerade. Residents believe that on this night you can meet with witches, monsters and other dishonesty and this outfit will help them when they meet, without giving out the human nature in them. Furthermore, children together with adults go to the neighbors in the evening and demand sweets and refreshments, in exchange promising not to display dirty tricks. If they are denied food, disguised witches and vampires can shower eggs on a house that has refused or arrange any other curse to greedy persons.

This article about national fests and celebrations of Luxemburg is protected by the copyright law. You can re-use the content, but only under the condition of placement of an active link to www.orangesmile.com.
Luxemburg guide chapters 1 2 3 4 5 6 7 8 9 10 11 12 13 14 15 16

Attractions and entertainment in top cities of Luxemburg

Luxembourg
Make sure you visit the entertainment center, which is located in the district named Kirschberg. Here you will find a modern cinema named Utopolis, a huge shopping center, and wide choice of restaurants. Fans of active rest will surely like club Pidal, which has a large swimming pool, several saunas and a well-equipped gym. Bicycle walks remain one of the most popular entertainments. During such ride you will be able not only to see numerous interesting sights, but also enjoy natural beauty of … Read more

Map of fun in Luxemburg