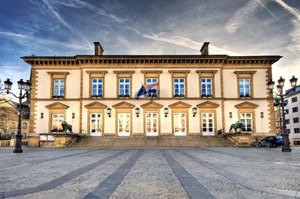 Luxembourg is a dwarfish state in the heart of Europe, bordering Germany, France and Belgium. The cuisine of these countries had a decisive influence on the formation of a local cuisine, for many centuries local chefs adopted traditions and recipes from their neighbors. Nevertheless, Luxembourg‘s cuisine has preserved its unique historical appearance and ancient recipes, which make it unique and inimitable. Because of the location and lack of access to the sea in Luxembourg, meat prevails over fish, it is the main dish. It is difficult to imagine the national cuisine of the Netherlands without cheeses. The locals feel special pride in their desserts; they are considered one of the adornments of local cuisine.
Luxemburg cultural sights. What to see?
Despite the fact that Luxembourg is a small country, there are many historical monuments and historical sites on its territory. Travelers will have …
Read further
Meat dishes are enjoyed in Luxembourg with special respect, local chefs are able to handle different kinds of meat and prepare from it nutritious and incredibly tasty dishes. One of the most popular is ‘Judd Mat Garaboden,’ which is a finely chopped smoked pork roasted in sour cream sauce. As a side dish, puree from beans and potatoes is obligatory for this dish. The giblets in this country are also treated with attention, the veal heart is a no less popular dish, and they are served with a garnish of cabbage. From the liver, dumplings are prepared; the ideal side dish is boiled potatoes. Beef tongue is another local dish with a memorable taste; it is served with a vegetable garnish.
The real exotic will be roast from a hare. The dish has a very unusual, piquant taste and is usually served in restaurants and bars. Another original dish is the pig ears in aspic. Sometimes Luxembourgers prepare whole jellied piglets. Other local delicacies include Arden sausage, bovine soup, liver with vegetables and veal brains. Sausages are very popular in the country, they are made from different meat according to ancient recipes, and some of them echo the recipes of German sausages. It is necessary to try the local pâté; it has a delicate texture and original taste. As side dishes, dishes from vegetables: potatoes, cabbage, beans are usually used. Copyright www.orangesmile.com
Things to do in Luxemburg - active leisure
Luxembourg is a very quiet and peaceful country. The city of Luxembourg has more than once, headed the rating of the safest cities in the world. …
Read further
Luxembourg does not have its own outlet to the sea, and therefore the country mainly uses imported or river fish. Local chefs are great masters in the preparation of crayfish. They meticulously prepare this complex product, serving a dish with surprising taste. They are popular especially in the summer; you can try them at most cafes and restaurants. Fishes are usually cooked on the grill or in the oven with vegetable side dishes and a variety of sauces. Sour-sweet sauce is very popular. Among the most popular species of fish are pike, perch, and trout. Also, fish always goes with different marinades. 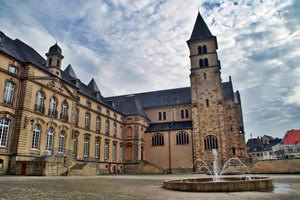 Luxembourg is a real find for lovers of sweet. Local confectioners create real masterpieces from dough, cream and fruits. Recipes of Luxembourgian pastries are passed on from generation to generation. In classic pastry shops, baking is created that is amazing in taste and shape. Very popular in the country are croissants of different sizes, with traditional and unusual fillings, biscuits, rolls, various pies with sweet and not sweet stuffing. Also local chefs offer guests of the country to try a variety of pies, which are real signature dishes of the national cuisine. Pies and cakes are prepared with fruits, jam, chocolate and jam, and have a terrific taste.
What you need to know about Luxemburg prior to visit - advices
1. Luxembourg is a dwarf state. Small distances between cities allow you to plan your vacation such that, it is possible to visit the maximum number …
Read further
The main alcoholic drink of Luxembourg is wine; the most popular are white wines from the Moselle valley. The most famous varieties are Riesling, Rivaner, An, Maetum, Elbling, Oxerua, Beaufort. Luxembourg beer, despite its neighborhood with Germany and close historical ties, is very different in taste and technology of brewing. It belongs to the category of effervescent beer and, by the way it is made, resembles champagne. Also in Luxembourg, they produce liqueurs according to original recipes based on fruits - apple, pear. In stores you can buy liqueurs "Kirsch" and "Ketsh". The famous black currant wine that is made in the Moselle valley is worth a try.

Cuisine and restaurants in popular cities of Luxemburg

Luxembourg
Those, who want to have a quick and inexpensive lunch between excursions, will definitely like La Fontaine bistro. Taj Mahal restaurant is a great place to taste best Indian cuisine, and Mousel Cantine serves numerous meat dishes and excellent beer. The menu of Le Palais D'Asie restaurant is a unique combination of Japanese and Chinese dishes. Many dishes here are prepared in accordance with special chef’s recipes and can be fulyl called unique ones. Besides luxurious restaurants the city … Read more