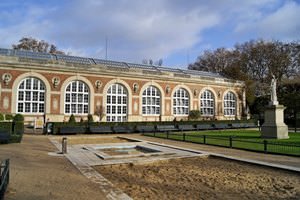 Luxembourg despite its modest territorial size is considered a highly developed country and is included in the top rating of the richest countries in Europe. The main source of GDP comes from profits from the service, trade, and financial sectors. The financial well-being of the population is also due to the fact that more than half of all able-bodied citizens are engaged in the main sectors of the Luxembourg economy. In the middle of the last century, the most important branch of industry in Luxembourg was ferrous metallurgy. This was due to the discovery of many deposits containing huge reserves of iron ore. Based on this, the steel industry flourished. However, by the end of the last century this sector ceased to exist and the most recent blast furnace was shut down.
Luxemburg sightseeing - top places to visit
The Grand Duchy is rich in places of interest. In Luxemburg, tourists will find ancient palaces, museums and unique nature parks, so an excursion …
Read further
One of the most significant problems in Luxembourg's economy is its energy dependence. Virtually all the energy consumed by the duchy is imported, beginning with oil and ending with coal. Also, one of the most important industries in the Country is metal processing. There is also the chemical industry, as well as the woodworking industry. It should be noted that the Country is one of the largest manufacturers of various building materials, including concrete, brick, slate and gypsum. Although, despite the huge amount of finished raw materials, only a small part of it is exported. Much of the produce remains inside the country and is used for erecting structures locally.
Worldwide, the dishes of Luxembourg are also famous; the main production assets are concentrated in Boch. In the north of the country, a lot of small factories are engaged in the manufacture of leather goods. In the last few years, the biggest development has been geared towards the manufacture of paint and varnish products. Thanks to the State’s adapted policy, a lot of foreign investors have appeared in the country, and they have not only been willing to invest their money in setting up new industries, but are also in the manufacture of explosives. For the most part, such a trend of increasing number of investors is associated with the very attractive geographical location of the Country. Copyright www.orangesmile.com
National cuisine of Luxemburg - specialties, recipes and restaurants
Luxembourg is a dwarfish state in the heart of Europe, bordering Germany, France and Belgium. The cuisine of these countries had a decisive influence …
Read further
Agriculture is also well developed in Luxembourg with the main emphasis being animal husbandry. Recently, there has also been a development in the dairy and meat industry, coupled with a rise in domesticated poultry and pigs. Crop production is also represented by large vineyard plantations. It should be noted that almost all the harvest of wheat, potatoes, carrots, and beets is exclusively directed to local consumption. Luxembourg is considered one of the largest international banking and financial centers. Within its small territory, more than 200 major banks successfully function. The Government of the Country attracts foreign financiers with its policy and encourages the registration of large multinational companies. Thus, the country gets the opportunity to withdraw large domestic liberal taxes, and has an offshore. 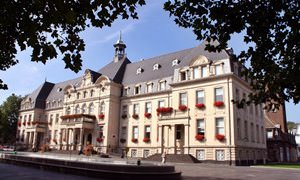 The monetary policy of the State is determined by the Central Bank of Luxembourg. This has been in effect since 1998. Its main policy is not only to attract investors from outside, but also to maintain economic prosperity within the country. The level of taxation is constantly decreasing. For example, over the last 10 years, corporate taxes have decreased from 37% to 29%. Under such conditions, the most favorable climate for massive capital inflows is created, and due to the high quality of education of the citizens of the country, a highly skilled workforce has been developed. The standard of living in Luxembourg is considered to be one of the highest in the European Union. Public debt is only 7% of GDP. Annual growth rates stands at about 2.3%, although the rate of growth of indicators has taken a hit because of the global economic crisis. Unemployment in the country is also at a rather low level, with the official number of unemployed citizens less than 4% of the total number of able-bodied citizens.

Luxembourg
There are several magnificent markets in Luxembourg, a visit to which would certainly excite tourists. Several times a month, a flea market is open on the central square, Place d’Armes. A visit to the market will be interesting for experienced antiquity collectors and for tourists who simply want to buy unusual and memorable souvenirs. On this market, it is possible to find old furniture, books, vintage jewelry, handcrafted items, retro tableware, coins, and other items that would be … Read more