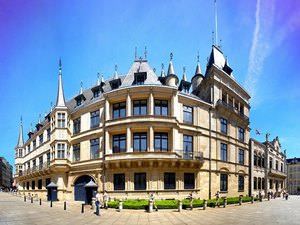 Luxembourg became a Grand Duchy in 1815. The Country has a system of constitutional monarchy. All legislation is carried out according to the Constitution, which was established in 1868. There were however significant changes made to the Constitution after it attained full independence. The administrative divisions of the country are the three districts of Luxembourg. The head of the country is the Grand Duke, his office is hereditary. He has among his rights; to approve into law, bills that are submitted to him for consideration, appoint officials into various posts including even the highest offices. Also, the Grand Duke is the commander-in-chief of the armed forces of Luxembourg. The Duke has the right to proclaim new social and economic rights and freedoms, as well as to implement his own government models.
National cuisine of Luxemburg - specialties, recipes and restaurants
Luxembourg is a dwarfish state in the heart of Europe, bordering Germany, France and Belgium. The cuisine of these countries had a decisive influence …
Read further
The main legislative body in the duchy is the Chamber of Deputies. This unicameral body consists of 60 deputies. Each of them is elected by means of general state elections. The term of office of each Deputy is 5 years. Each of the four districts of the Duchy is represented by a corresponding number of Deputies. It is worth noting that more than 100 years ago, all the voting rights for men and women were equalized. The main function of parliament is the adoption of laws. For the consideration of bills, special organizations have been set up, the so-called Sections. They give the first-hand assessment to any proposed bill, after which it is brought before the House of Deputies to be deliberated and voted on. After the bill has been approved by the Deputies, it is then passed on to the Duke himself for final approval. The bill is subsequently passed into law, and becomes effective three days after its printing. If however the bill does not receive the required number of votes, it is submitted for revision and later re-examined.
The head of the Executive Branch is the Government with the Prime Minister. They work together with the Head of State. The Prime Minister of the Country is elected, as a rule, from among the chairmen of the parties, who were able to obtain the largest number of votes from their Constituencies. Representatives of the executive power are responsible for the development and promotion of the Domestic and Foreign Policy of the Country. At the same time in Luxembourg, it is strictly prohibited for any member of the government to be simultaneously a Member of Parliament. Moreover, every department of the executive branch is responsible to the Chamber of Deputies for their decisions and activities. Copyright www.orangesmile.com
National traditions and mentality of people in Luxemburg
Luxembourg is a very calm country. Locals do not like excessive noise and lead a calm, measured life. It may seem that they are emotionally stingy and …
Read further
There is also a very important political unit in the country called the “State Council”. In addition to reviewing and analyzing draft laws and administrative jurisdiction, it is called upon to resolve all conflict and controversial situations, examine complaints from citizens against officials, monitor the work of politicians, and execute disciplinary punishments for politicians and government employees. At the moment, the largest Political Party in the Country is the Christian Social People's Party. It has been in existence for more than 50 years. 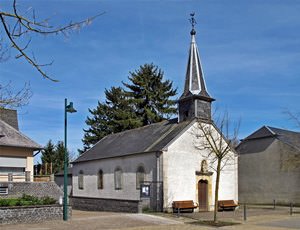 The Domestic Policy of the Country is aimed towards; the stability of the political situation within the duchy, the economic development and prosperity of the Country, the active work of the State in economic interests, as well as the reduction of the rate of inflation (price growth rate) within the Country. The Foreign Policy on the other hand is aimed at maintaining and increasing its influence in the world. At the moment, Luxembourg is considered one of the three main control centers of the European Union. Inside its capital there are various centers of international organizations. The Armed Forces of Luxembourg include the Army, and the Police. The annual military recruitment is about 3,000 men. Military expenditures do not exceed 0.8% of the country’s total GDP.

Photogallery of famous places of Luxemburg

Luxembourg
Luxembourg is famous for its colorful carnivals and festivals. On Easter here is organized an interesting celebration called Eimaischen. Its main event is a massive gastronomic fair, which is organized on a fish market. In addition to freshly baked pastries, seafood and sweets, visitors can buy interesting handicrafts, souvenirs and decorations for their homes. Burgsonndeg festival, which is held annually on February, is one more sourse of joy and entertainments for both locals and visitors. … Read more

Dudelange
That said, there are forbidden themes just like in any country. Of course, religion is one of these themes. It is better to talk about more interesting and important things. Not sure what theme to choose? Local people will surely let you know. It is better to keep in mind that local people are quite religious. They usually pray before eating, and Catholic holidays are very important to them. It will not be hard to understand local people because they usually speak three languages – French, … Read more