Religions and languages in Luxemburg 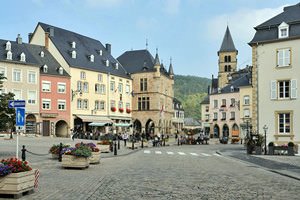 Despite the fact that the Duchy of Luxembourg has rather modest territorial dimensions, the legislation simultaneously approved three state languages. They are German, French and unique Luxembourgish. It is worth noting that the latter was only recognized in 1984. In all educational institutions, Children, from the very first class, learn both German and French simultaneously. The Luxembourg language on the other hand is paid very little attention. Also, students if they so desire, can in addition learn English, Spanish, Italian, or even Latin. To date, the Luxembourgish language can be attributed to individual independent languages, despite the fact that it is very similar to French and German, and is, in some way, their derivative.
When and where to 'hang out' in Luxemburg - festivals and celebrations
Traditionally, the most cheerful holiday of Luxembourg is Emeshen, held on Monday after the celebration of Easter. It is accompanied by numerous fairs …
Read further
At the same time, it is worth noting that native Germans or German speakers find it very difficult to understand those who speak pure Luxembourgish. Linguists note that a clear distinction has not yet been made between an independent Luxembourgish language and the similar German dialects. In everyday life, most Luxembourgers use exactly the same language. And in most of the settlements all the signs, as well as other printed literature are written in Luxembourgish. However, official documents are either written in French or German. It is worth noting that for a long time, the code of Napoleon operated in Luxembourg. Historically, it was from here that the official use of the French language began.
It is worth noting that the Luxembourgish language is one of the poorest languages ​​in the world. Its vocabulary is inadequate in cases when one wants to express colorful emotions, or explain certain actions. This is why the bearers of this unique language take many words from conversational French and literary German. Even fiction can be officially published in any one of the three official languages. Recently, there has been a large migration in Luxembourg. In accordance with this, some adjustments were made to the linguistic field of the country. Judging by the statistics, about one-fifth of all registered citizens of the country communicate in Arabic, Italian, Portuguese, and even Turkish. Copyright www.orangesmile.com
For active traveler - national parks, landscapes and nature of Luxemburg
The magnificent landscape and incredibly beautiful nature makes Luxembourg attractive for tourists from all over the world. The country has a mild …
Read further
As for the religious views of the local population in Luxembourg, Christianity dominates. About 70% of all citizens of the Duchy consider themselves Catholics. On the other hand, there are no more than 5,000 adherents of the Orthodox faith here. Protestants consider themselves to be about 3% of the population. With each year however, this figure is seen to reduce due to the unpopularity of this religious direction. All religious relations with the State began to be regulated 19 years ago. To this end, there are special conventions designed to regulate the relationship between existing religions and the State itself. At the same time, Luxembourg finances the maintenance of all Christian churches, houses of priests and clergymen, and the erection of new religious buildings. All that is spent annually to this regard is known to reach the sum of at least 60 million euros. 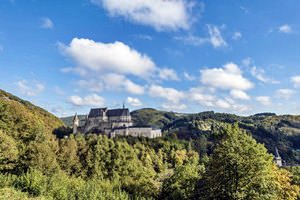 In some schools, the subject of the law of God is still introduced. All church officials receive salaries from the State budget. It is worth noting that these benefits are awarded only to Christian denominations. The Islamic community is absolutely deprived of the support of the Duchy. Modern Luxembourgers can hardly be called fanatical parishioners. Naturally, on the great church holidays all believing people go to one church or the other, and do not miss the opportunity to cleanse the soul before God. However, the younger generation is moving farther away from these beliefs, and there seems to be a progressive tendency towards exclusion from any religious denominations. Much of this attitude can be attributed to the influence on Luxembourg by the ideology of western countries, where atheism is rife.

This article about religions and languages in Luxemburg is protected by the copyright law. You can re-use the content, but only under the condition of placement of an active link to www.orangesmile.com.
Luxemburg guide chapters 1 2 3 4 5 6 7 8 9 10 11 12 13 14 15 16

Photogallery of iconic places of Luxemburg

Luxembourg
Luxembourg is famous for its colorful carnivals and festivals. On Easter here is organized an interesting celebration called Eimaischen. Its main event is a massive gastronomic fair, which is organized on a fish market. In addition to freshly baked pastries, seafood and sweets, visitors can buy interesting handicrafts, souvenirs and decorations for their homes. Burgsonndeg festival, which is held annually on February, is one more sourse of joy and entertainments for both locals and visitors. … Read more

Dudelange
That said, there are forbidden themes just like in any country. Of course, religion is one of these themes. It is better to talk about more interesting and important things. Not sure what theme to choose? Local people will surely let you know. It is better to keep in mind that local people are quite religious. They usually pray before eating, and Catholic holidays are very important to them. It will not be hard to understand local people because they usually speak three languages – French, … Read more

Luxemburg: traditions in the regions