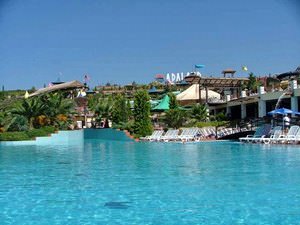 Kusadasi is a picturesque town with a rich history, where many interesting excursions and entertainment programs are waiting for its guests. The most striking historical monument of the town is the Kaleici Camii or Fortress Mosque, built in 1618 by order of Grand Vizier Okuz Mehmed Pasha. The total area is about 1800 square meters, more than 500 people can accommodate in its hall. The main decoration of the complex is the large dome of lead, which is supported by 12 columns. The mosque resembles a luxurious palace, its massive front door is made of wood and inlaid with mother of pearl, and the interior is decorated with artful painting.
Guide to Kusadasi sightseeing - things to see and to visit
Kudasasi is a Turkish resort located on the shore of Aegean Sea around 90 kilometers south of Izmir. The town is surrounded by popular antique monuments. Among which are such famous ancient …

Open
The castle on Guvercin Island is a striking monument of the Byzantine era, sometimes it is referred to as ‘pirates’ fortress.’ It owes its name to the legend telling that the fortress served as a refuge for Khair ad-Din pirate, who is better known as Barbarossa. Recently, a powerful fortification was completely renovated; some of its rooms host a historic museum.
Kale is considered the most interesting area for excursions. A walk there would become a real journey into the past. You would see beautiful houses, mosques and colorful bazaars there. It seems that life in these areas hasn’t changed within century; the district looks exactly the same as a few hundred years ago. Copyright www.orangesmile.com
Family holidays with kids in Kusadasi. How to entertain your child, things to show to children.
Kusadasi is a popular family resort with a lot of beaches and entertainment facilities. The city has several modern water parks in operation. One of the best is Adaland. In this water park, …

Open
The most famous natural landmark is located on the Dilek Peninsula - we are talking about the National Park. There are hundreds of tour itineraries on its territory; there is also the famous cave of Zeus there. The path to it goes through beautiful olive groves. Inside the cave tourists will be able to see the beautiful lake. The water that fills the lake has a sky-blue color; the depth of the lake is more than 10 meters. Many interesting legends are associated with these picturesque places. 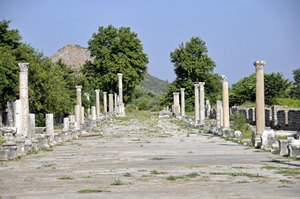 Famous thermal baths - Balçıova springs – are certainly worth visiting. According to historical data, the discovery of mineral springs was held back in the prehistoric era. For a long time they have being in disrepair, and have began to be used only in the second half of the 18th century. Today, a first-class fitness center is built near the springs. The healing properties of the hot springs made these places famous throughout the world.
Cuisine of Kusadasi for gourmet with top restaurants and cafe
Visitors of the town will enjoy local eating places, because every restaurant is ready to surprise guests with special treats. Far beyond the resort's famous international restaurant is the …

Open
The best way to get to know the local culture and admire its flavor is to visit Kusadasi Bazaar. Beautiful products made by local craftsmen, the general atmosphere - all this attracts hundreds of tourists immediately. And, of course, it's definitely worth bargaining with locals - no deal goes well without it. Of interest is another place ideal for exploring the local culture - namely, Çetin Maket Köy. Here you can discover an authentic village with a recreated household of local people's ancestors and imagine how their life could flow several centuries ago. 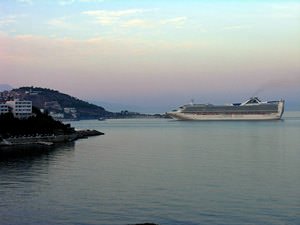 Among other museums in Kusadasi, Çamlık Buharlı Lokomotif Müzesi deserves special attention. A collection of thirty trains that once traveled on Turkish railways is displayed here. Here you can see the evolution of technology, take the opportunity to get inside and see how things work there. Ideally suited for walking on foot is Setur Kusadasi Marina Park where it seems one can walk for ages watching the arriving and departing vessels. No less memorable would be a walk through the cemetery Adalızade Mezarlığı. The reason is beautiful tombstones and an atmosphere of peace and tranquility reigning here.
Authentic traditions, festivals and lifestyle of Kusadasi inhabitants
Kusadasi is a beautiful old city with its interesting features and traditions. Its name can be literally translated as "Bird Island", pigeons have been its main symbol for hundreds of years. …

Open
In the vicinity of the city, you can find many ruins inherited from the ancient era. In particular, the ruins of the ancient city of Ephesus built by the Greeks in the 10th century BC are located not far from Kusadasi. Once it was a large port city, which was ruled by different peoples - Macedonians, Persians, Byzantines - for ten centuries. The city became completely abandoned by the 15th century, having lost its value in the 7th century. Be sure to explore Temple of Artemis (Artemis Tapınağı), once one of the Seven Wonders of the Ancient World. Here you can find thermae, a gymnasium, the ruins of houses, fountains. Of equally great interest is the majestic Celsus Kütüphanesi where gladiator games were once held. Many come to the ancient city of Ephesus for the sake of this building. 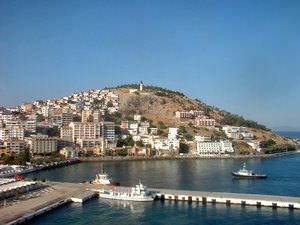 Nearby is the shrine of Meryemana, which is still a "place of power" for many people. The story goes that the Catholic nun Anne Catherine Emmerich had a vision that in this area one can find a house in which the Virgin Mary once lived until the end of her life. True or not, hundreds of pilgrims, just like locals, believe in it wholeheartedly. The shrine is a significant religious landmark for both Christians and Muslims - that's what makes it so interesting. Also, here you can find a souvenir shop selling memorable stuff, which can become tangible evidence of a great time spent in Kusadasi.

In the section below, you can get one of our excursion, activities or city discovery tours over Kusadasi and surroundings. Our website offers 10-30% lower ticket prices, when compared to the offline purchase on the spot.

City tours, excursions and tickets in Kusadasi and surroundings

This guide to cultural sights Kusadasi is protected by the copyright law. You can re-publish this content with mandatory attribution: direct and active hyperlink to www.orangesmile.com.
Kusadasi - guide chapters 1 2 3 4 5 6 7 8 9
Car rental on OrangeSmile.com

Photogallery of cultural heritage of Kusadasi

Excursions over cultural sights of neighbours of Kusadasi

Samos
The center of the city locates a marvelous street running along a seaside which main attraction is the Statue of Pythagoras. The island is a birthplace of many antique noble people, with Epicurus, Pythagoras, Aristarchus and Melissus among them. Natural attractions admirers will love to visit the Pythagoras cave which is formed in one of the stiff slopes. One can get to the ... Open »
Samos Island
Arrived on Samos, be sure to visit two large settlements, they are Pythagoreio and Vathy. The second one is the capital of Samos. Pythagoreio is a cultural centre of the island. When scientists arrived there to explore the land, they understood that the village was situated at the same place, where the first settlers lived in the third millennium BC. The interesting thing is ... Open »
Izmir
Start your exploration of the city by walking to Konak Square. This is the most large-scale square in the city, which overlooks the Gulf of Izmir. Several important tourist attractions are located in the immediate vicinity of the square. Here visitors will find a small old mosque and the tower of Saat Kule. The square is a great place for leisure walk. It is always very crowded ... Open »
Patmos Island
Patmos is known throughout the world as the "Island of the Apocalypse". It was here, as the legends say, where in one of the caves in the first century of our era John the Theologian received a revelation about the End of Times. The Cave of the Apocalypse is today a place of pilgrimage for many Christians from all over the world. Nearby is the temple of St. Anne and the ... Open »
Bodrum
Bodrum is a picturesque city, the history of which started more than two thousand years ago. In the territory of the city you will find numerous unique prehistoric places of interest that never cease to attract curious travelers from around the world. The local mausoleum is a striking monument of antiquity. Here historians and archaeologists have found a great number of ... Open »
Ikaria Island
One of the main evidence is the ruins of ancient Acropolis close to Agios Kirykos. However, the capital is famous not only for ancient ruins. Be sure to visit the Archaeological Museum of Agios Kirykos. There are exhibited weapons, household items and costumes of locals’ ancestors. The church of Agios Kirykos is a nice building. The Monastery of Mounte Evaggelismos ... Open »

Culture guide to Kusadasi. Which fascinating sights to visit once you are in Kusadasi: temples, churches, museums, theaters and castles. Recommendations (with addresses, phone numbers and links) on the places 'must visit' in Kusadasi. Plan your own city excursion by using this page info!