Cultural sightseeing in Egypt. What to visit - museums, temples, castles and palaces 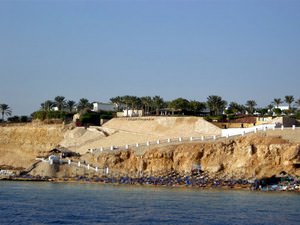 Tourists from all over the world come to Egypt to relax on the famous resorts' sandy beaches and plunge into the atmosphere of the Ancient World. Dynastic period structures and the ruins of necropolises, majestic palaces and mosques, colorful oriental bazaars and picturesque oases surprise and conquer with their splendor. Near Cairo on the desert plateau of Giza is a complex of pyramids. The history of their construction is full of mysteries. The ancient Egyptians used pyramids for the burial of the pharaohs. Their impressive size and ideal proportions boggle the imagination. The largest structure is the Pyramid of Cheops with a height of 146 m. The complex includes the pyramids of Khafre and Menkaure, the burial place of Egyptian queens.
For active traveler - national parks, landscapes and nature of Egypt
Egypt is a unique country lying simultaneously in two parts of the world. One part of the territory is in North Africa, and the other is on the Sinai …
Read further
The symbol of Egypt is the Great Sphinx. It has protected the peace of the pharaohs from time immemorial. The giant statue is a mythical creature with a lion's body and a human head. The face of the Sphinx is turned towards the Nile. Between the monument's forelegs, there was a sanctuary for sacrifices. Today, Egyptians call it "The Father Of Horror". On the banks of the Nile are stone Colossi of Memnon. Eighteen-meter statues depict the Pharaoh Amenhotep III. The ruler sits with hands folded on his knees, looking at the rising sun. The symmetry of the two sculptures' faces surprises with its accuracy.
Not far from Luxor, in a mountain gorge, is the Valley of the Kings - a monument of the ancient civilization. Sixty-four tombs of pharaohs are cut in the thick of the cliffs. The most famous tomb is the burial place of Tutankhamun. Another necropolis - Sakkara - is located south of Cairo. The length of the complex is 8 km. Walls of the tombs are decorated with Egyptian hieroglyphics. Of greatest interest is the Step Pyramid of Djoser. The Abu Simbel rock rises on the west bank of the Nile. Two temples are carved in it in honor of Pharaoh Ramses II and his first wife, Nefertari. On the river's eastern bank is the Karnak Temple dedicated to the sun god Amun-Ra, the goddess Mut, and their son Khonsu. Inside you can see ancient wall drawings. The Alley of Sphinxes runs along the temple complex. Copyright www.orangesmile.com
Unique sights of Egypt from our series 'Extreme places on Earth'
These spots really worth the attention of a real traveler-researcher. …
Read further
The Temple of Edfu was built in the 3rd century and became the second largest in ancient Egypt. Walls of the structure are dotted with hieroglyphics. In the center of the Nile is the sacred island of Philae, where according to the legend Osiris was buried. Originally, there was a temple complex on the island, which consisted of three monumental temples and an elegant pavilion. They were subsequently moved to Agilika Island. On the Sinai Peninsula, you will find Saint Catherine's Monastery. Founded in the 4th century, it is still operating. The monastery contains relics of the saint. In the 10th century, a mosque was built near the building. Tourists are recommended to visit the Great Mosque of Muhammad Ali Pasha erected in Cairo in honor of the Egyptian pasha. The example of Islamic architecture is adorned with two minarets and a dome. The mosque hosts public Friday prayers. 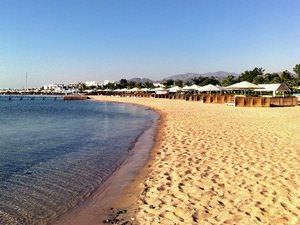 The building is located on the grounds of the Citadel of Salah Ed-Din, the main Cairo's attraction. The Inaccessible castle was erected in the 12th century by an Egyptian sultan. In the courtyard of the fortress, there is a statue of a lion. In Old Cairo, there is the most ancient Christian religious structure in Egypt - St. Mary's Coptic Orthodox Church. It keeps an iconostasis made of wood and ivory and over a hundred icons, the oldest of which date back to the 8th century. Al-Azhar Mosque is of great importance for Muslims around the world. It gave shelter to fugitives and pilgrims and served as a place for teaching Islamic doctrine.
Egypt sightseeing - top places to visit
Pyramids have always been the main symbol of Egypt. There are more than a hundred of pyramids in the country. Giza is the location of the most famous …
Read further
Several bridges lead from Cairo to the island of Rhoda where the Manial Palace is located. The building's architecture combines several different styles. The royal palace houses a museum, whose exposition is represented by the royal family's everyday objects. In Hurghada, there is the colorful Palace of a Thousand and One Nights. It was built especially for tourists who want to enjoy the culture of Egypt. Dance performances of men wearing traditional Tanura skirts regularly take place in the atmosphere of oriental fairytales. Be sure to explore Montaza Palace in Alexandria. In the early 20th century, the majestic structure served as the residence of King Farouk. Today, the palace is surrounded by a picturesque park ensemble with beaches on the shore of a cozy bay. 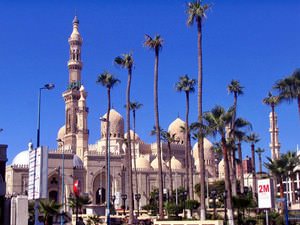 In the same place, there is a monument of medieval architecture - the Citadel of Qaitbay. The fortress was built in the 15th century on the site of one of the Seven Wonders of the World - the Lighthouse of Alexandria. The citadel had protected Egypt from the Ottoman Empire ships for more than half a century. In the 19th century, the Museum of Egyptian Antiquities was opened in Cairo on Tahrir Square. Among its exhibits are many ancient artifacts, including unique items. The museum exposition covers periods of the historical development of Ancient Egypt. On the site of the destroyed Alexandria library today you can see a modern building striking with its architecture. Bibliotheca Alexandrina is a complex of several museums, a reading room, and a cinema hall. The historical and cultural heritage of Egypt is collected in these museums. The reading room can accommodate more than two thousand visitors.

This article about cultural sites of Egypt is protected by the copyright law. You can re-use the content, but only under the condition of placement of an active link to www.orangesmile.com.
Egypt guide chapters 1 2 3 4 5 6 7 8 9 10 11

♥   Art museum 'Museum of Islamic Art' Cairo. On the map 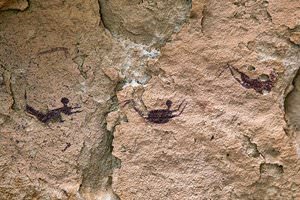 Swimmers’ Cave has placed on the territory of the Libyan Desert. There were found 6 000-year-old pictures of swimmers. The Hungarian explorer László Almásy was the first who has explored this cave and found these paintings. He came here in 1933 and then in 1994 the cave was detailed described in his book "The Unknown Sahara". As many others researchers László Almásy arrived at the conclusion that earlier the climate on the territory of the Sahara Desert was much better.

Near the Swimmers’ Cave several large rivers had flown. They were the main water source for the primitive people. Also, these rivers support all the plants and organisms. All in all, there were found about 1 000 paintings in various art styles and of the different periods. The researching opened us one more … Read all 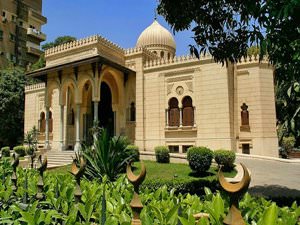 In Cairo, there is also an incredibly interesting Museum of Islamic Art, which collects historical artifacts and works of art all over the world. The museum in Cairo is very large, there are 25 galleries in its building, each of which represents artifacts of a certain time period. One of the most valuable exhibits of the museum is the gold key, inlaid with precious stones - this is the key to the doors of the Kaaba.

In the museum you can also see rare manuscripts of the Koran, more than 60 000 exhibits are presented in the museum. This unique cultural center is one of the oldest in the world, its opening was held in 1881. The variety of exhibits, presented in the museum walls, is amazing. Here you can see both ancient weapons, and ancient tombstones, and, discovered during … Read all
All unique sightseeing Egypt

Famous sites of culture and history of Egypt in photoset

Culture and monuments in popular cities of Egypt

Cairo
Hanging Church is a beautiful architectural monument. The first religious building on the site of the church appeared in the 9th century. The chair of the church is made of marble, and its hall is decorated with unique religious artifacts and icons. Every day hundreds of tourists come to the church to admire the beauty of the building and walk through the picturesque courtyard of the church. Bab Zuweila is a striking monument of the Middle Ages. The construction of the monument was completed … Read more

Hurghada
The monastery of St. Paul named after a local hermit is also notable. At the turn of 3rd-4th centuries of our era the hermit has lived in one of the local caves; later it was decided to found a monastery over there. The building is large and fortified; for many years it was used by monks as fortification and saved them from invaders. Currently, an interesting collection of ancient manuscripts, paintings and religious artifacts is kept within walls of the monastery. Several ancient freshwater … Read more

Alexandria
An interesting historic landmark is Villa Ambron where the famous writer Lawrence Darrell lived. Throughout its existence, the building has never been renovated, so now it looks very dilapidated. An important sightseeing facility is the Graeco-Roman Museum housing a huge collection of antique pieces of art. Forty thousand exhibits also include ancient statuettes, elegant vases, and paintings. Fans of walking in picturesque places should think about visiting Montazah Palace Gardens. A beautiful … Read more

Sinai
You can see the Chapel of the Annunciation built in the 4th century in the main temple of the monastery. You can get there only after the liturgy and for a short time, the temple is usually closed after the services. Pilgrims go barefoot on the territory of the chapel. There are 12 chapels in the monastery which you can visit and a local library which has a large number of treatises. At noon, the relics of St. Catherine are brought for people. However, even if you are not religious, you … Read more