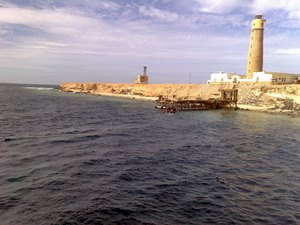 Hurghada offers many interesting landmarks to visit; the most attractive tourist object remains the Karnak temple. The name of the attractions can be misleading. The fact is that church in this case means a large-scale architectural complex of 1,500 by 700 meters. The temple is dedicated to the god Amun; its construction has being held for one and a half thousand years. Each Pharaoh tried to enrich it with new buildings and rebuild old ones. Sightseeing here would take more than one day.
Advices to travellers: what you should know while being in Hurghada
1. The most affordable and profitable way to make long distance and international calls is to use street phones. They accept special plastic cards that can be bought literally at any local …

Open
The monastery of St. Paul named after a local hermit is also notable. At the turn of 3rd-4th centuries of our era the hermit has lived in one of the local caves; later it was decided to found a monastery over there. The building is large and fortified; for many years it was used by monks as fortification and saved them from invaders. Currently, an interesting collection of ancient manuscripts, paintings and religious artifacts is kept within walls of the monastery. Several ancient freshwater sources have remained on its territory.
The nearby monastery of St. Anthony was founded on picturesque foothills in the middle of the 4th century. The monastery got its name in honor of the father of Christian monasticism; even today monks live in its walls. The monastery is open to public and all attendants can get acquainted with peculiarities of life of local monks. The monastery of St. Anthony houses a large collection of manuscripts numbering more than a thousand copies; an interesting collection of restored paintings is represented here too. Copyright www.orangesmile.com
Guide to Hurghada sightseeing - things to see and to visit
The city named Hurghada is located in the area that is generously warmed by sunlight all year round. During the coldest month (February), the water near the coast cools down to 18C - 20C. In …

Open
Vocal fountains represent an amazing tourist attraction; they are located near the Golden Five hotel complex. Every evening, hundreds of tourists gather around them to watch a spectacular show with a unique soundtrack and spectacular illumination. The Palace of One Thousand and One Nights remain indisputable leader among cultural and entertainment venues. It is a massive complex with a variety of trade stands and the arena. Every day it offers visitors an interesting program, including traditional dances and musical performances, as well as educational events dedicated to the local culture.

In the section below, you can get one of our excursion, activities or city discovery tours over Hurghada and surroundings. Our website offers 10-30% lower ticket prices, when compared to the offline purchase on the spot.

City tours, excursions and tickets in Hurghada and surroundings

This guide to cultural sights Hurghada is protected by the copyright law. You can re-publish this content with mandatory attribution: direct and active hyperlink to www.orangesmile.com.
Hurghada - guide chapters 1 2 3 4 5 6

What to visit during two-day excursion in Hurghada

The symbol of Egypt is the Great Sphinx. It has protected the peace of the pharaohs from time immemorial. The giant statue is a mythical creature with a lion's body and a human head. The face of the Sphinx is turned towards the Nile. Between the monument's forelegs, there was a sanctuary for sacrifices. Today, Egyptians call it "The Father Of Horror". On the banks of the Nile are stone Colossi of Memnon. Eighteen-meter statues depict the Pharaoh Amenhotep III. The ruler sits with hands folded on his knees, looking at the rising sun. The symmetry of the two sculptures' faces surprises with its accuracy. … Open

Photogallery of cultural heritage of Hurghada

Excursions over cultural sights of neighbours of Hurghada

Sinai
You should definitely find some time and energy to visit Nawamis. They are circular prehistoric stone tombs located in the Sinai desert which are of the same age as the pyramids and maybe even older. Tombs in the shape of wells of Sandstone plates with a diameter from three to six meters and a height of about two and a half meters with a single doorway – the handiwork of ... Open »
Aqaba
The next landmark is an important historic symbol for all residents of Aqaba. The Aqaba Flagpole is a 137-meter tall free-standing flagpole that is installed on a hill. The flag, which is 40 meters long and 20 meters wide, makes the construction visible and easy to notice. The flag was erected in 2017 when Aqaba celebrated the 100th anniversary of the Great Arab Revolt. ... Open »
Cairo
Cairo offers its visitors to attend various sightseeing objects. Among memorable places of the city travellers will find numerous colorful markets and ancient religious buildings, historic sites, museums, art galleries and unique natural reserves. Birqash Camel Market is traditionally very popular among vacationers. The market is located in Cairo suburbs, in a place called ... Open »
Al-Karak
The underground system of passages has always been a distinctive feature of this castle. This hidden element of the Kerak Castle has survived through the centuries without any serious damages. The fortress has a complex structure, so it may be not very comfortable to explore it alone. However, many tourists prefer to visit it independently and walk in the castle as long as ... Open »
Jerusalem
In addition to religious shrines, the city is famous for its modern architecture monuments. During a walk to Safra Square, visitors can see the building of City Hall, which was built in the beginning of the 90s of the last century. This architectural complex simply strikes visitors with its luxury. It was built in best traditions of the local culture. The building of Supreme ... Open »
Tel Aviv
The spiritual center of the city is picturesque Neve Tzedek; well-known artists have lived and worked here for centuries. Currently, the district is the center of art galleries and interesting museums. An important point for many excursions is the Ramat Aviv. It is a large archaeological area, where scientists have been working for many years. Everyone can admire the ruins of ... Open »

Culture guide to Hurghada. Which fascinating sights to visit once you are in Hurghada: temples, churches, museums, theaters and castles. Recommendations (with addresses, phone numbers and links) on the places 'must visit' in Hurghada. Plan your own city excursion by using this page info!