Nature of Egypt - national parks and reserves for active recreation 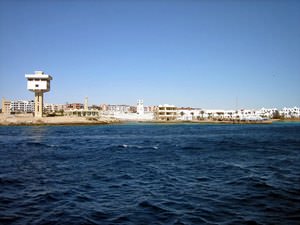 Egypt is a unique country lying simultaneously in two parts of the world. One part of the territory is in North Africa, and the other is on the Sinai Peninsula belonging to Asia. The Mediterranean coast is dominated by a subtropical climate, while the country's desert regions lie in a tropical zone. You can visit the country at any time of the year. However, in February, the air temperature is significantly reduced, and Khamsin desert wind blows in March. In summer, Egypt is very hot, which feels quite comfortable due to low humidity. It is often raining on the coast in the early spring. For the rest of the time, the country is clear and sunny. The Egyptian nature is full of contrasts: among sand dunes, there are green oases, and the Nile's delta shows an amazing diversity of flora and fauna.
National cuisine of Egypt - specialties, recipes and restaurants
Egyptian cuisine is a kaleidoscope of amazing tastes. Its richness and diversity impress even discerning gourmets. It harmoniously combines the …
Read further
The calling card of Egypt is the White and Black Deserts. Tourists visit them sequentially. The white desert is an ancient ocean floor, which is today a vast expanse of white sand and karst formations. Travelers often set up camps and spend nights in the desert to admire the extraordinary scenery at dawn and sunset. To do this, you need to dress as warm as possible - the temperature drops at night. The White Desert can be reached by car. Black Desert is actually dark brown, formed by volcanic ore as a result of the eruption. Tourists visit this place to see one of the most fantastic places on the planet. The desert territory is covered with quartzite mountains consisting of crystals sparkling in the sun.
One of the eternal symbols of Egypt is the great river Nile. To get acquainted with the main natural landmark of the country, you can go on a steamer cruise. Tourist vessels run from Luxor to Aswan, making stops in interesting locations. A week-long river trip is a great opportunity to discover the natural treasures of Egypt, as well as to see coastal villages and ancient temples. A popular tourist site is Mount Sinai also known as Mountain of Moses. 3 thousand steps lead to the top of the mountain. The most enduring travelers overcome them together with their guides. From the top, you can admire picturesque views of the Gulf of Aqaba and the Sinai Desert, as well as visible part of Saudi Arabia. Tourists can go on a tour to meet the dawn on the mountain. For an additional fee, you can make a climb on the back of a one-humped camel. Nearby is the famous Colored Canyon - a giant crack in the earth's crust. Its walls have an unusual color formed by mountain rocks of pink, lilac, golden, red shades. The canyon can be reached by an off-roader from Sharm El Sheikh. Copyright www.orangesmile.com
National traditions and mentality of people in Egypt
Egyptians are religious people. Most of the inhabitants of the country profess Islam, therefore life in Egypt is based on Muslim dogmas. Once the …
Read further
In the heart of Cairo is magnificent Al-Azhar Park - a green oasis in the midst of sophisticated urban architecture. Guests of the capital like to stroll in the shade of its trees, admiring the hills and fountains. The park accommodates orchards, alleys of palm trees, elegant pavilions, and a lake with canals. A panoramic view of the historical part of Cairo can be admired from the hills. The Mosque-Madrassa of Sultan Hassan and the Saladin Citadel of Cairo are clearly visible. In Alexandria, Al-Montaza Park rises right on the cliff. A palace of the same is hidden among its date palms and Mediterranean pines. It is a popular place for picnicking and sunbathing. There is also a beautiful bay with Venice Beach ideally suited for tourists. Through a pedestrian bridge, you can get to a small island in the sea. Near the Greco-Roman Museum, there is a small park - Shallalat Gardens with its palm trees, pavilions, bridges, and an artificial waterfall. Visitors can see the ruins of ancient fortress walls. 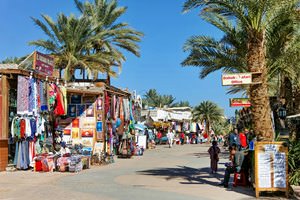 Tourists should also go to Aswan's Kitchener's Island. On its territory, there is a strikingly beautiful garden, the lush vegetation of which resembles real tropical thickets. Birds’ singing is heard in crowns of huge trees, and local cats walk among their branches. The garden houses more than four hundred plants from India, Africa, and the Far East. In the evenings, it is shrouded in the fragrance of sandalwood. Near Marsa Alam, Wadi El Gamal National Park stretches along the seashore. It attracts tourists with bizarre mangrove forests and sand dunes. Here can see the emerald mines, ancient ruins, and a dried riverbed. Guests of the park often meet wild gazelles and turtles.
Egypt cultural sights. What to see?
Tourists from all over the world come to Egypt to relax on the famous resorts' sandy beaches and plunge into the atmosphere of the Ancient World. …
Read further
Abu Galum National Park is desert expanses and a rocky coast, coral thickets, and a vivid underwater world. Abu Galum's attraction is the famous Blue Hole. This 80-meter-deep sea hollow attracts divers from all over the world. The most famous Egyptian reserve is Ras Muhammad National Park. Its pride is coral islands that rise above the sea surface. Flocks of colorful tropical fish swim between the reefs. Popular among tourists is the Magical Bay. Wishes of those who dive into its waters will necessarily come true. In NABQ Protected Area, you can see unique salt marshes located among the sands. The peculiarity of the park's flora is a mangrove grove, the trees of which convert salt water into fresh water. Travelers like to watch local birds - gulls, herons, storks.

This article about nature and national parks of Egypt is protected by the copyright law. You can re-use the content, but only under the condition of placement of an active link to www.orangesmile.com.
Egypt guide chapters 1 2 3 4 5 6 7 8 9 10 11

Famous places and sights of Egypt 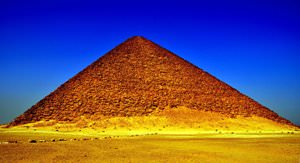 In Egypt, there are the unique sightseeing pyramids also outside of Giza. One of them, known to the general public under the romantic name of the Pink Pyramid, is located in Dahshūr. The third-largest pyramid of Egypt has the height of 140 meters and was built in the 27th century BC for Pharaoh Snefer. The main particularity of the pyramid is the use of stone blocks that are colored by the sun's rays in light pink color.

Some scientists believe that the pyramidal walls were originally covered with the limestone. Later, when the limestone began to crumble, the pyramid has gained the present appearance and the unique peculiarity. Within the pyramid are three huge rooms, the height of which is about 17 meters. Today they are open to visitors. Exploring the interior of the pyramid becomes … Read all 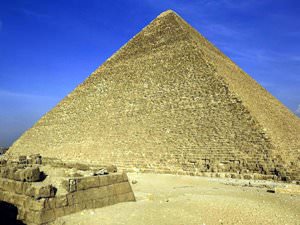 Cheops pyramid is the majestic Pyramid of Giza and the most famous, most recognizable and most visited object of this kind in the world. The giant Egyptian pyramid is a real world-wide - the only one of seven pyramids that has survived until the present. The pyramid has both the impressive size and the impressive age. The modern scientists believe that it was erected not later than the 26th century BC. Thus, the building's age is at least 5,000 years.

The length of the pyramid baseline is 230 meters, and its height today reaches 138.7 meters. Unfortunately, the pyramid did not retain its original shape after several thousand years. It is partially destroyed. Originally, the height of the grandiose building was more than 146 meters. The most famous Egyptian pyramid was built for Pharaoh … Read all
All unique sightseeing Egypt

Cultural sights in regions of Egypt

Cairo
Bab Zuweila is a striking monument of the Middle Ages. The construction of the monument was completed in the 10th century. Visitors of the building are welcome to climb the ramparts or one of the minarets – they feature wonderful panoramic views of Cairo and its suburbs. Townhouse Gallery is an interesting cultural institution. This is a beautiful three-story building, in which six artist studios are open, as well as a bookstore and library. The gallery has become the location of various … Read more

Alexandria
One of the most mysterious local attractions is the catacombs of Kom El Shoqafa. According to archaeologists, they were built in the 2nd century BC. This is a large-scale labyrinth of tombs on three levels. The catacombs feature a beautiful architecture. On the walls of the labyrinth, you can see inscriptions with words from old prayers. On the island of Pharos is Fort Qaitbay dating back to the end of the 15th century. The fort stands in the very place where the famous Alexandria lighthouse … Read more

Sinai
There is a town of Saint Catherine close to the Mount. It is usually visited by pilgrims and tourists. Those who want to feel the atmosphere of the medieval times should definitely visit Pharaoh’s Island. The island was explored almost three thousand years ago during the reign of Hiram I, who was the Phoenician king of Tyre. The ships of cedar traders moored here. Byzantines paid their attention to the island almost twenty centuries after and later it was inhabited by the knights of the … Read more

Egypt: Map of sightseeing in regions