Interactive map of The Hague - search touristic spots and services

Printable maps of The Hague 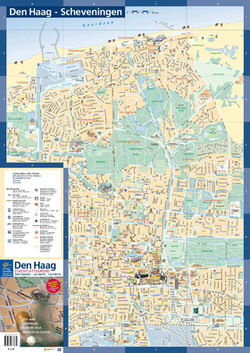 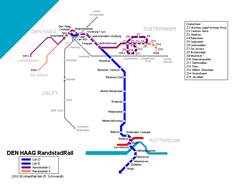 Interactive maps of hiking and biking routes around The Hague

1. You can zoom in/out using your mouse wheel, as well as move the map of The Hague with your mouse.
2. This interactive map presents two modes: 'Biking Routes' and 'Hiking Routes'. Use the '+' button on the map to switch between them.


Railway and landscape maps of The Hague area

This The Hague map has two modes: 'Railway Network' and 'Landscape & Rural Map'. Use the '+' button on the map to navigate.

Photogallery of The Hague sights

Our guide to The Hague

Fans of unusual holidays will be pleased with Capsule Hotel, which never ceases to attract fans of extreme. The owner, Denis Oudendijk, opened the hotel in bright orange life-saving capsules docked near the waterfront. Guests should be prepared to quite Spartan conditions (sleep in a sleeping bag, bio-toilet, and packed meal for breakfast), which, however, will be not that hard in the “suite” with a collection of … Open

NH Den Haag is located not far away from the central railway station. The hotel occupies a beautiful modern building. Its rooms are distinguished not only by stylish design but also by state-of-art technical equipment, including big TV panels and Xbox consoles with Kinect. The hotel’s restaurant, Nhube, is very popular in the city and serves Mediterranean cuisine and special chef’s dishes. This hotel has … Open

The Hague for children - what to visit

Travelers with older children should definitely head to one of the most unusual and mysterious museums of The Hague – Gevangenpoort. Nowadays that is a museum, but in the past a prison was located in the same building. Later, the historic monument was turned into a museum. Its visitors will have an opportunity to look at medieval prison cells and torture chambers, which still reflect the atmosphere of the past. The … Open

Interactive maps of The Hague neighbours