Preparing your trip to Constanta: advices & hints - things to do and to obey 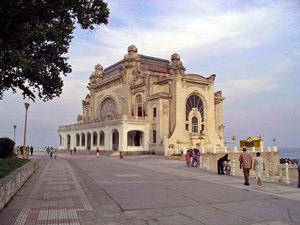 1. Summer months are considered the most favorable time to visit Constanta because of a pleasant sunny weather. The first snow usually falls in mid-October, so in late fall weather can disrupt holiday plans.
2. In addition to comfortable hotels, there are mass sanatoriums and resorts, some of which have become world famous. Don’t limit yourself solely by the hotels; resorts often offer tours at very attractive prices.
3. Tipping is customary to virtually all institutions, whether it would be a restaurant, hotel or beauty salon. Usually tip of 10% of total is quite enough. When paying a taxi driver or hairdresser, round up the result.
4. Be sure to drink only bottled water, which is sold in all grocery stores and supermarkets. Tap water is chlorinated and may contain hazardous microorganisms. Vacationers also go easy on ice drinks offered in bars and cafes.
5. Much of stores open at 9:00 am and serve visitors to 8:00 pm. There may be a lunch break in smaller stores. The town also has supermarkets and shopping centers, which operate 24/7. Copyright www.orangesmile.com
6. Local people are very friendly and hospitable, they are always happy to help and tell about points of interest. Travelers should not refuse to go for a cup of tea to a new acquaintance; refusal can be a serious cause for resentment.
7. Going to the local markets, it’s better to take many notes of small face value. Some sellers deliberately mimic the lack of change to raise the price. Bargaining in local markets sometimes helps to reduce the price up to 30%.
Guide to Constanta sightseeing - things to see and to visit
Constanta is the main city of Romania and a modern resort on the Black Sea cost. Nowadays the territory of the city is the place of building of new hotels and resorts. The largest and most …

Open
8. It’s most profitable to pay in the national currency; money can be exchanged at a bank or exchange centers. As a rule, the closer to the hotel the exchange point is, the less favorable conditions would be there. In banks exchange rates are about the same.
9. Main voltage is 220 V. If some appliances need adapters, you can ask for it in a hotel, or buy one in supply stores.

Preparing your trip to Constanta: advices & hints - things to do and to obey You can re-publish this content with mandatory attribution: direct and active hyperlink to www.orangesmile.com.
Constanta - guide chapters 1 2 3 4 5 6 7 8 9

What to visit being in Constanta - unique sights 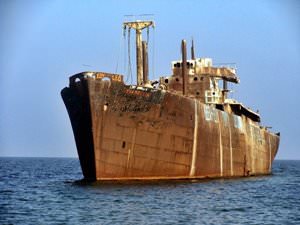 Distance from Constanta center - 24.8 km.
Evangelia is a one more mysterious wrecked ship. It ran upon the sands near the Romanian shores, not far from Costinesti town in 1968. There is some evidence that the ship got aground at the disposal of the owner. According to the rumours, he wanted to get the insurance proceeds. At that time when the catastrophe has happened, there was a fog-bank on the shore, although the sea was calm. After the accident, all ship equipment was thoroughly checked. No one failure was fixed. … Read further

As polite and hospitable as they may be, Romanians are not inclined to give way in buses and trains for ladies and elderly people.
Religious Romanians necessarily have wedding ceremonies in the Church. Rings in Romania are worn on the left hand.
National holidays are usually timed to the annual cycle of agricultural work. For example, the beginning and the end of crop sowing are celebrated by noisy public holidays, when all the residents go out into the street in national costumes. This tradition is especially strong in small villages.
Romanians are sensitive to their cultural heritage so you need to ask for permission before photographing any historical monuments. … Open

Tips for the cities around Constanta

Golden Sands
3. Smoking in public places is prohibited in the resort, so tourists should be very careful about the presence of prohibition signs. There are special areas for smokers close to all restaurants, shopping centers and government agencies. 4. Travellers are recommended to learn a few phrases in Bulgarian before their trip to the resort. This way they will not only show ... Open »
Varna
3. Currency may be exchanged in banks and specialized exchange offices. Extra attention should be paid to the amount of commission charged. As a rule, the smaller the amount of exchange is, the higher is the commission charged. 4. Items made of leather and fur are very popular on the local markets. Here you can find clothing by local manufacturers, and by famous Italian ... Open »
Sunny Beach
3. Holiday-makers should take into account that the whole beach area is divided into two areas, paid and free one. Paid zone is located in close proximity to water and is equipped with all necessary equipment. Free area covers 30% of the beach; there visitors can settle with their own beach equipment. 4. Travelers who are planning evening walks and expect to visit beachfront ... Open »
Nessebar
3. The best season for visiting Nesebar is considered to be from April till June, however the weather is rather favorable in September and the first part of October. The hottest months of the year are considered to be July and August, however for the beach recreation fans this summer heat will be rather favorable. 4. Tourists should better explore the historical center of the ... Open »
Bucharest
3. Local stores and markets usually accept euro in addition to the national currency. If you want to exchange currency, the best place to do it is in a state-owned bank. As a rule, such banks offer the most favorable exchange rates and charge a minimal fee. 4. Romanian wine remains one of the most popular souvenirs. You can easily purchase wine in numerous stores and wine ... Open »
Burgas
3. Don’t forget to bargain on markets as it is possible to reduce the price greatly. Fans of shopping should also keep in mind that Bulgarian clothes, shoes, and cosmetics are considered to be of the highest quality in the variety of items for sale. 4. Silverware and handcrafts remain the most popular souvenirs in Burgas. The best way to purchase silver items is to ... Open »

Travelling to Constanta - advices and tips. What should be provisioned in advance, the rules you might want to follow, and the things you better avoid doing in Constanta. We help you to make your trip smooth and easy, with no unexpected surprises.