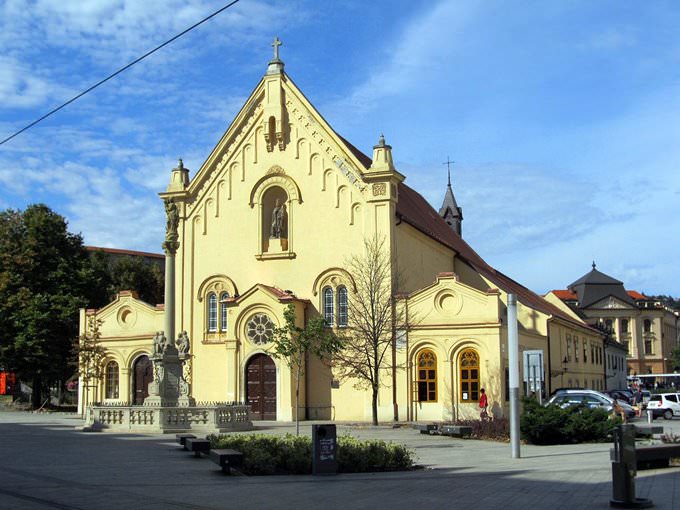 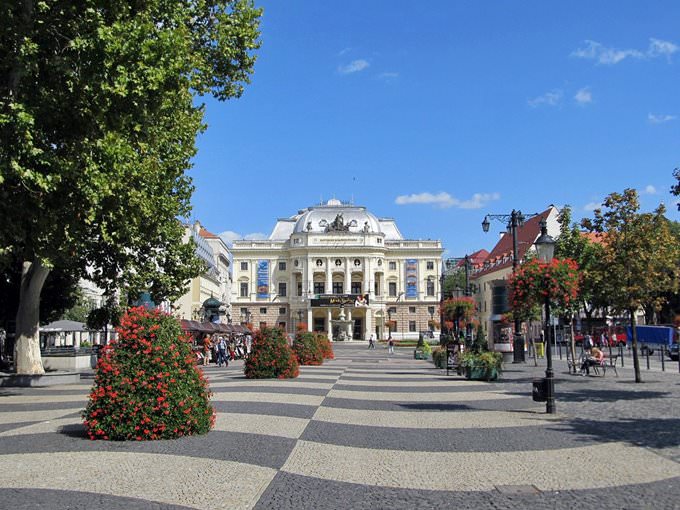 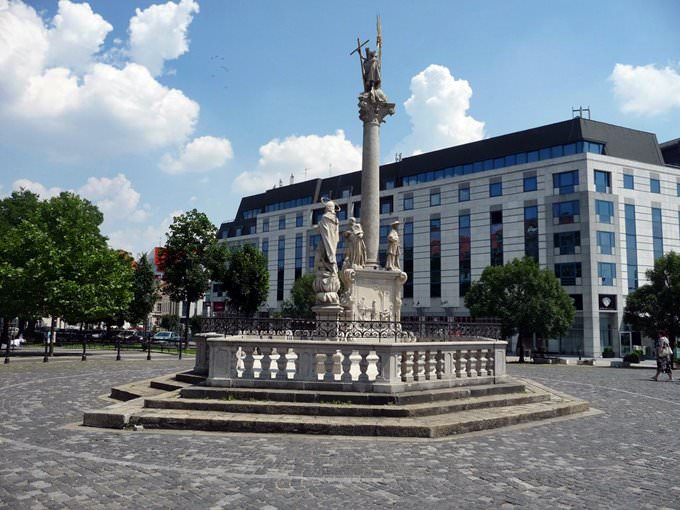 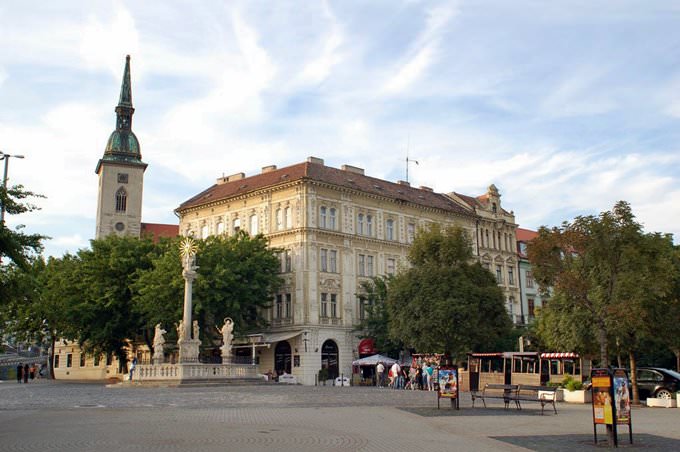 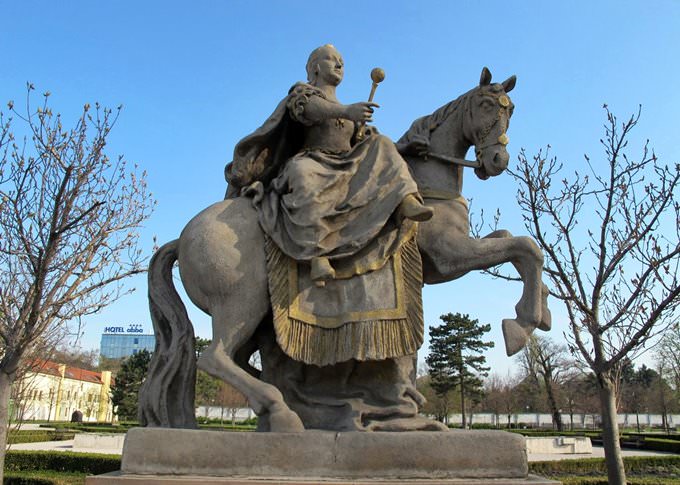 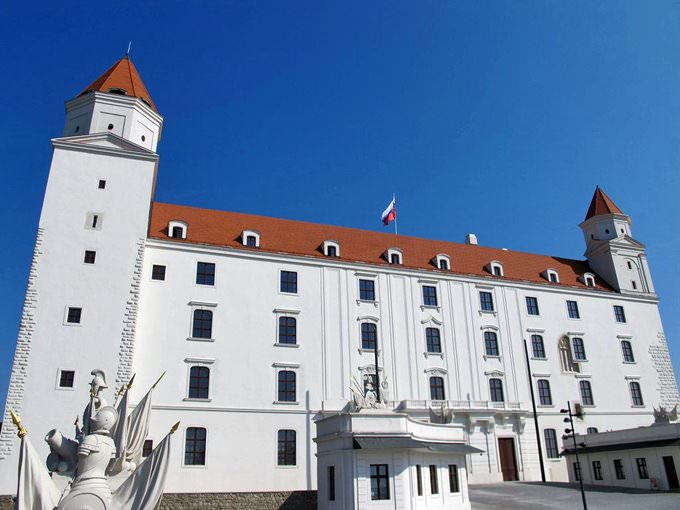 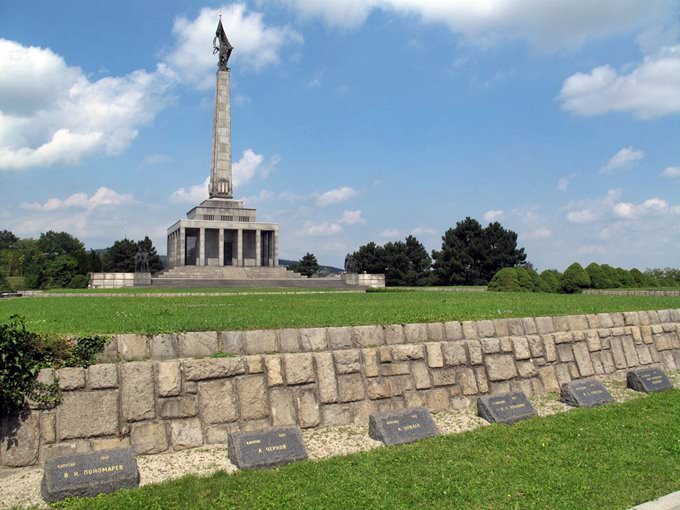 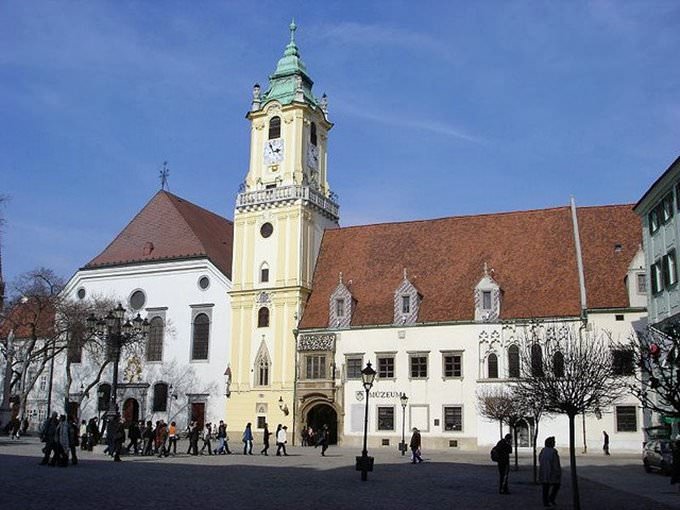 The central square of Bratislava is home to a famous landmark - Stará radnica. This is a whole complex of beautiful buildings constructed in different years. The main town hall building was constructed in the 14th century. Two more buildings were added after the reconstruction, which took place in 1599, so nowadays the complex features a beautiful combination of renaissance and baroque styles. The town hall was a witness to many important historic events. In the 19th century a cannon smashed into the wall of the town hall. The cannon has remained there till our days and keeps reminding visitors of the Napoleon wars. … Open

Chapters of the guide to Bratislava

Hotels with history of Bratislava

A couple of minutes walk from the Presidential Palace and other outstanding sights of the Old Town is Hotel Tatra that first opened its doors back in 1930. Over the years, the look of the hotel and its interior have changed significantly. However, the elegant atmosphere that reigned within its walls has remained unchanged. The hotel is still decorated with strict dark-wood furnishings as well as aristocratic … Open

10. Medical services are paid in Bratislava, so travelers are advised to make health insurance before the trip. 9. Local drivers differ by wonderful discipline, so visitors of the city should also be attentive to traffic rules. Pedestrians also need to be very careful as any violation of the rules may result in a large fine. 8. In order to rent a car, you will need a driver's license of … Open

Bratislava has many family-friendly entertainment centers. For example, places like Family Entertainment Center TOP FUN, Jump Arena and Team Up. Children will definitely like DinoPark Bratislava. And a real holiday will be a visit to Mackafe - a cafe where cats run the show. Needless to say, kids will be excited enough to forget about leaving this place. Another wonderful place where children are incredibly happy … Open

Weekend in Bratislava in original style

Do not want to take part in guided tours and jostle among inexperienced tourists? Go for a walk along Beblaveho Street (ulica Beblaveho) alone! It is one of the steepest streets in the city, so it is advisable to wear the most comfortable shoes you have for this walk. About 50 years ago, there was a red light district here, but today the street has nothing is reminiscent of the old times. Beblaveho is an ideal … Open

Festivals and events in Bratislava

At the end of May, a very original and colorful festival is held here - Rothenstein. This is a historical event taking place in the town of Pezinok located near Bratislava in a place called Hrad Červený Kameň. The festival is open to all fans of the era when knights fought in tournaments to win the hearts of beautiful ladies. The program prepared for the event is sure to impress even the most demanding … Open

On one of the pedestrian streets of the Old Town, you will find Skaritz Hotel & Residence, which is in great demand among couples in love and fans of relaxation in a romantic atmosphere. The hotel is happy to provide couples with elegant rooms furnished with high king-size beds. On the top floor of a historic building, there are wonderful attic rooms decorated with fabrics of soothing colors and well thought out … Open

Search touristic sights on the map of Bratislava

Photogalleries of neighbours of Bratislava