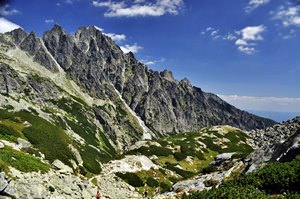 This small beautiful country is widely known for its magnificent alpine ski resorts and numerous natural and historic places of interest. The most famous historic landmarks are located in the capital of the country, the city of Bratislava. The oldest university in the country is also located here. This is Universitas Istropolitana that was open in 1465. Nowadays, only one faculty works in ancient buildings of the university - the faculty of scenic art. The Bratislava Castle is one more sight of the medieval period. First mentions of the castle belong to the 10th century. During its centuries-long history the castle was rebuilt several times and changed its design significantly, until it was completely destroyed by fire in 1811. The ruins remained untouched for more than a hundred years and restoration of the castle started only in the 20th century. These days, the castle provides space for treasury and the National Museum.
When and where to 'hang out' in Slovakia - festivals and celebrations
Slovaks are amazing good-natured people who know how to have fun and love to celebrate various holidays. Each city and village in the country has its …
Read further
The central square of Bratislava is home to a famous landmark - Stará radnica. This is a whole complex of beautiful buildings constructed in different years. The main town hall building was constructed in the 14th century. Two more buildings were added after the reconstruction, which took place in 1599, so nowadays the complex features a beautiful combination of renaissance and baroque styles. The town hall was a witness to many important historic events. In the 19th century a cannon smashed into the wall of the town hall. The cannon has remained there till our days and keeps reminding visitors of the Napoleon wars.
Magnificent churches remain the most famous landmarks of Kosice. The central street of the city is the location of St. Elisabeth Cathedral - the largest church in the country. The height of the main tower, which was built in the 11th century, is 59 metres. Beautiful gothic altar decorated with skillfully made drawings remains one of the most precious artifacts of the church. In the 15th century, St. Michael's Chapel was built near the cathedral. Inner premises of the chapel are no less interesting than its outer design as there are beautiful drawings and frescos that depict important historic events. Until the middle of the 18th century, a graveyard was located near the chapel. Later the graveyard was turned into a park. Copyright www.orangesmile.com
For active traveler - national parks, landscapes and nature of Slovakia
The Republic of Slovakia is a country located in the heart of the European continent. It does not have its own outlet to the sea. It has common …
Read further
Travellers should not forget to visit the ancient city of Trencin, which is mostly famous because of the Trencín Castle. The castle was built more than a thousand years ago during the reign of the Roman Empire. There is a small church in the territory of the castle, as well as several observation decks and spacious terraces. 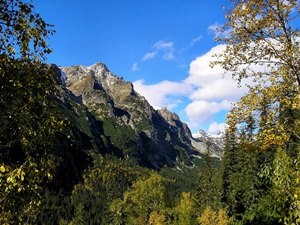 The territory of Slovakia started to be inhabited in the 6th century, in the Migration Period. At that time, the present country became a part of the large commonwealth of Samo that was consequently renamed as the Nitrianske Princedom. The country flourished in the 9th century and was named Great Moravia at that time. In the late 11th century, the war with Hungary led to the country becoming its part and being under it until the 14th century.
Top architectural sights of Slovakia
Monuments and architectural objects, notable for the history and culture of the country. …
Read further
Then, it was under Austria-Hungary but when it had been divided, the country united with Czech in 1918. Slovakia became an independent republic in 1938. During the Second World War, it was under Germany. After the end of the war, the country returned to the path of the socialist development. Since 1960, it had been a part of the Socialist Federal Republic of Yugoslavia. In 1993, as a result of the peaceful agreement, Slovakia seceded from the Union and became an independent country. 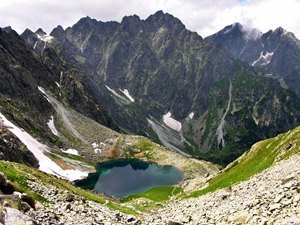 Today, besides unique historical monuments, the important value of the country is thermal springs. Near them, the first thermal resorts, the most popular of which is Dudince, are located. Adherents of the health tourism love visiting Bardejovské Kúpele. One of the most picturesque resorts is Piesťany. It is notable not only for its hot mineral springs, but also for precious deposits of healing muds.
National cuisine of Slovakia - specialties, recipes and restaurants
Slovakia is a small country in Central Europe, a land of magnificent castles and amazingly beautiful nature. Not less amazing are diverse and …
Read further
Slovakia will definitely impress fans of event tourism. During the year, a lot of interesting festivals and holidays are held here. In autumn, the traditional Jazz Fest is held. The brightest summer holiday is the Coronation Day. It always goes hand in hand with festive parades, as well as musical and theatrical performances in the open air. 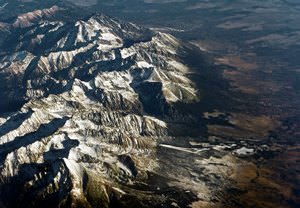 Every June, the interesting holiday is celebrated in Kezmarok. This charming historical town became a place where the biggest artisanal fair is always organized. In September, it is very interesting to have a vacation in Pezinka. At that time, the traditional festival of young wines is held. Slovakia also attracts a lot of travelers in winter, as there are several excellent ski resorts. The most famous one is Strbske Pleso where ski areas are equipped around the beautiful mountain lake.

This article about iconic landmarks and sights of Slovakia is protected by the copyright law. You can re-use the content, but only under the condition of placement of an active link to www.orangesmile.com.
Slovakia guide chapters 1 2 3 4 5 6 7 8 9 10 11

Castles of Slovakia
♥   Castle 'Bojnice Castle' . On the map

Palaces in Slovakia
♥   Palace 'Primate’s Palace' Bratislava. On the map

Famous and uniques places in Slovakia from our review series 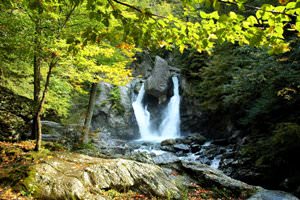 The picturesque Tatras are well-known to those travellers who have ever reached Poland or Slovakia. Here, on the territory of two States Tatra National Park stretches around the mountain range. The park was created in 1949 with an area of 738 square kilometres. Citizens in those countries became aware of the value of the exclusive territories in the 19th century, but their efforts to create a reserve ended in failure back then.

The main feature of the Tatra reserve are deep coniferous forests with a great number of rare species of plants. Silver fir, Siberian pine and European larch grow here. The National park contains numerous fauna species. More than 40 species of mammals and over 110 species of birds dwell in the Tatras. You can see wolves, wild boars, lynxes and bears in the dark … Read all
Country maps 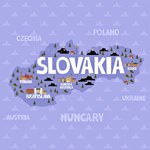 Sightseeing in popular cities of Slovakia

Bratislava
The most interesting architectural monument is the Grassalkovich Palace, which, from the time of its construction in the middle of the 18th century, bears the name of a famous Count's family. Count A. Grassalkovich arranged solemn receptions and balls in this palace, in the 18th century his palace was considered the most chic in Slovakia. A lot of interesting historical facts are associated with the beautiful palace, in 1772 an outstanding composer J. Haydn performed in its walls, and later it … Read more

Banska Bystrica
The area, which is now the territory of Banska Bystrica, was a perfect place for a prosperous city. The valley was incredibly rich in copper and some other materials, so the first mining attempts here date back to 2000-1700 BC. Moreover, the area was situated at the crossing of two important trading routes. During the medieval period, mining became a dominant industry in the region, and it was the main source of income for the city. Thanks to this generous gift of nature, Banska Bystrica … Read more

Vysoke Tatry
Travelers in search of excursions to important historic areas will find it very interesting to attend Bojnice Castle that is located nearby. Built yet during the Middle Ages, the castle has survived until our days in great condition. There are many mysterious legends about the beautiful castle. Local people believe that ghosts live there. History fans should not forget to explore the medieval town of Spis located nearby. It is easy to spend a whole day exploring fabulous landmarks of this … Read more

Kosice
One of the most beautiful architectural monuments of the city is the building of the Old Town Hall. It was built in the late 18th century and represents a unique combination of two styles - Baroque and Classicism. Like many years ago, the building amazes with a beautiful finish of its facade; it retains skillful balustrades and columns in antique style. On the historic street of Hlavná is a symbolic monument – Plague Column. The epidemic of plague hit the city in 1709 and claimed the … Read more

Poprad
No less interesting is the Church of St. Egidius, which is considered to be one of the oldest religious monuments in the city. The very first church on its site was built in 1245, and it was a spectacular Gothic-style monument. Throughout the centuries, the church has been rebuilt several times. Today its appearance retains some unique Baroque features. The last major reconstruction of the church was completed in 1998. Despite numerous renovations, unique 15th-century frescoes are carefully … Read more

Bardejov
First settlers appeared in the area during the Stone Age, but the history of the town itself started in the 11th century when the first Slavic settlement was established here. According to historical records, the first mentions of Bardejov date back to 1241. This is the time when an important trading path from the east to Poland and German principalities was paved in the region. When King Charles Robert I, who was born in Hungary, was the ruler of this land, German colonizers from Saxon … Read more

Kremnica
Starting from the Middle Ages, Kremnica has been one of the main gold mining centers in the world – the region’s mountains are rich in this precious metal. First mining activities in the region started yet in the 9th century. Naturally, such rich deposits of gold couldn’t stay unnoticed. In the 13th century, the everyday life of local people was totally ruined by a Mongol invasion. Many people died during the battle, and a large part of the town was destroyed. Hungarian kings decided to … Read more

Trencin
A bright baroque monument is the Church of St. Francis Xavier, located next to Peace Square. The construction of the church began in the middle of the 16th century and lasted for almost a hundred years. In the early 18th century, the interior decor was completely destroyed by a fire. Many unique religious values were destroyed. By the end of the 18th century, the church was completely restored, and has remained unchanged since then. The Zupny Dom is definitely worth highlighting among other … Read more