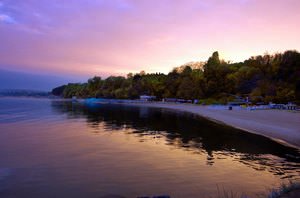 In Varna travelers will find a wide choice of unique historical monuments. A large part of the city’s attractions has been there since ancient times. The Roman baths, which are located in the southeast part of the city, are a striking example. This is the most massive ancient construction in the country. The total area of the baths is about 7 square kilometers. Among the fragments of the large-scale construction, which have survived till our days, are ancient columns, arches and stairway facilities, skilled mosaics and massive stone blocks. It should be noted that the purpose and function of certain premises are still unknown to scientists.
Cuisine of Varna for gourmet with top restaurants and cafe
Varna can be certainly proud of the widest choice of culinary institutions, restaurants and cafes present in the city. Simply every gourmet will easily find here a place to eat that will …

Open
You will also find several wonderful sights near Independence Square. Here is located the surviving part of the fortress wall that surrounded the city yet during the reign of the Roman Empire. Round Tower and magnificent Opera House are located just nearby. The tower was built in the beginning of Middle Ages and was an important part of the city’s fortifications. A person, who was on duty in the tower, was the first one to warn citizens of the city about the approach of a danger. Round Tower has survived till our days in its original form.
Bridge of Wishes is a very symbolic and interesting attraction. This place is particularly popular among couples. When you walk on the bridge, you should think of the most cherished wish and it will certainly come true. Cathedral of the Holy Assumption of the Virgin is a wonderful religious monument. The construction of the cathedral started in 1880 and lasted six years. Quite a notable fact – the cathedral was built by prisoners from the local prison. Every year thousands of pilgrims visit the church and worship priceless religious artifacts that are stored there. St. Anastasia Church, which was built in the 19th century, is a religious building of later period. The church differs by its unique architecture and luxurious decoration of inner halls. In the halls of the church you will see beautiful frescoes, icons and mosaics, but the altar installed here is a real artwork. Copyright www.orangesmile.com
Authentic traditions, festivals and lifestyle of Varna inhabitants
Varna residents cannot be reproached for inhospitality or ill-will. If tourists need any assistance, they will necessarily help with all their good nature. Naturally, the locals expect the …

Open
Varna Archaeological Museum is definitely among cultural institutions of the city which are worth visiting. The exhibition of the museum occupies 32 halls. Here you will be able to see priceless artifacts of ancient times, as well as findings from the Middle Ages and Renaissance period. A collection of ancient jewelry is considered the most valuable artifact of the museum. The collection was found during excavations on the outskirts of the city. Beautiful jewelry and utensils made of gold strike visitors with their beauty. 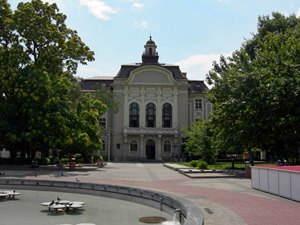 In the vicinity of Varna you can find a very nice place, which happens to be an authentic village (Antique Village). It offers a great opportunity to people, to get acquainted with the life of the locals in antiquity. Here you can shoot a bow, ride a horse, ride a chariot and of course, watch how the locals lived in the ancient times. Also, there is a museum on the territory, where sculptures, works of art, and interactive exhibits are showcased. In addition to the ancient village, there is also a Stone Age village here (Neolithic settlement). This kind of recreation particularly attracts the youngest visitors – they like to be here very much.
Your active city break in Varna. Attractions, recreation and entertainment - best places to spend your day and night here
Varna is a perfect place for active rest. Seaside Park, which is located along the coast, is among the most favorite places for wonderful pastime among both locals and tourists. Long …

Open
Bulgaria is famous for its “mysticism”, and many legends are connected with Varna as one of the largest city. One of them is associated with a place called Pobiti Kamani (Stone Forest). It is believed that the place has a very strong energy, and mystic lovers took a fancy of it – it is believed that if a person touches the stone, their dreams will surely come true, and as a result, hundreds of tourists visit the site, to participate in the ritual – and then, their dreams hopefully, will come true. The place is a complex of stone columns with a height of 5-7 meters, which arose for unknown reasons. It is believed that the reason for this was the accumulation of corals and algae, but after the sea dried up, the stones remained. 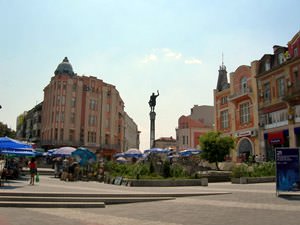 Among the religious monuments in Varna, there are also some interesting sights. For example, the Aladja monastery “Holy Trinity” attracts with its unique atmosphere. Here you can smell the light breeze of history that will cover the whole body. There is a beautiful park in front of the monastery, which further contributes to the attainment of peace. The religious monument is located on several levels. Strong energy also emanates from the place – at least, it is being considered so. Nature generously endowed Varna with beauty, which is confirmed by a place called Wonderful Rock. The thing is that here the rocks have a completely unusual shape. Besides, incredibly amazing views open up on the river and the surrounding area of ​​the city from this place.
Advices to travellers: what you should know while being in Varna
1. A significant part of local people can speak foreign languages - Italian, English or German, so communicating with them will be not difficult in most cases. Tourists who try to speak …

Open
A remarkable sculpture can be seen in “Primorski Park”. It is about the “Pantheon” composition. The monument which was built in the year 1595, by the architects Lyubomir Dapchev and Peter Kutsarov, is dedicated to those who fell in world wars. Here, in the park, you can also find monuments to famous people – Yuri Gagarin, for example, as well as memorial monuments in honor of those killed during the Second World War. In addition to the sculptural compositions, you can find a playground, restaurants, an oceanarium, museums, a zoo, an art gallery, and shops – as you can see, you can spend the whole day in the park and never get tired. The place is so universal.

In the section below, you can get one of our excursion, activities or city discovery tours over Varna and surroundings. Our website offers 10-30% lower ticket prices, when compared to the offline purchase on the spot.

This guide to cultural sights Varna is protected by the copyright law. You can re-publish this content with mandatory attribution: direct and active hyperlink to www.orangesmile.com.
Varna - guide chapters 1 2 3 4 5 6 7 8 9 10 11 12 13
Reference information
Map of all palaces

Art galleries in Varna and around
♥   Art museum 'Varna Archaeological Museum' Varna, 1 km from the center. On the map

Photogallery of cultural heritage of Varna

Excursions over cultural sights of neighbours of Varna

Golden Sands
Fans of exciting excursions will like their visit to Chiflika Exhibition Complex. It is located in a suburban area of Golden Sands, in the town of Batova. The museum offers its visitors to observe an interesting collection of ethnographic items, which will help visitors to get acquainted with traditions of life and living of local farmers at the beginning of the last century. ... Open »
Balchik
The Balchik Historical Museum is located near the central city square. Its first collection began in 1907. Archaeological research was already underway in the city and its immediate surroundings during that period. The tomb of a Roman physician priest became one of the most valuable finds. Today, among the museum exhibits are unique surgical instruments, ceramics, and glass ... Open »
Nessebar
The most visited cultural destination of Nesebar is the Archeological Museum. Its opening was held in 1994. Its scale exposition is placed in four halls. Apart from the archeological artifacts the museum exposition presents a unique collection of icons. Guests of the city will like the Ethnographical museum as it offers a unique collection of various artifacts. The collection ... Open »
Burgas
When it comes to describing religious landmarks of the city, it is important to mention St. Cyril and Methodius Cathedral. These saints are well respected in Burgas. It is believed that Cyril and Methodius worked over the creation of their first alphabet exactly in Burgas. The gorgeous cathedral was built in the first half of the 19th century and has many precious ... Open »
Constanta
Lovely church is quite different from those structures that were built in other European states in the late 19th century. After the discovery, it received beautiful frescoes, which still remains the most important religious artifact. There are also Muslim places of worship in Constanta. Carol I Mosque has perfectly preserved to this day. It was erected in 1900; the height of ... Open »
Bucharest
Revolution Square is a perfect place for walking. The square has witnessed many important historical events. You will also find many interesting excursion sites around the square. Royal Palace traditionally amazes visitors by its luxury. For a long time the palace remained the main residence of the Romanian monarchs. Today a part of the halls of the palace is dedicated to the ... Open »

Culture guide to Varna. Which fascinating sights to visit once you are in Varna: temples, churches, museums, theaters and castles. Recommendations (with addresses, phone numbers and links) on the places 'must visit' in Varna. Plan your own city excursion by using this page info!