Sightseeing in Sofia - what to see. Complete travel guide 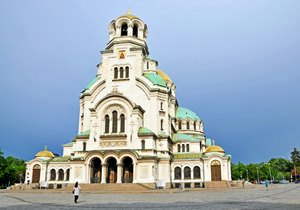 Bulgaria's capital, Sofia is a city rich in history, many notable places and spectacular natural landscapes.

In the center of town is located Slaveykov Square, from which diverge beautiful boulevards and avenues in different directions just like sun rays. The city’s downtown is a pedestrian zone, so nothing will prevent tourists and local residents from unhurried walks and enjoying the magnificence of the local nature. There are also several office buildings around the square. These are the real examples of modern architecture.
Authentic traditions, festivals and lifestyle of Sofia inhabitants
Local culture strikes with an abundance of beautiful customs and traditions, interesting festivals and rituals, many of which have pagan roots. An acquaintance with local culture is an …

Open
Those, who like shopping, should go to Vitosha Boulevard, which is considered the main shopping street of the city. In addition to shops and souvenir outlets you will find here several cozy restaurants and cafes. While walking, you'll be truly surprised to see such a large number of monuments right at every step.
St. George Church is the symbol of the "Old Sofia", which was built in the 6th century. During its 15 century-long history the building has been reconstructed many times. In the 16th century it was even converted into a mosque by the Turks. Today the church is decorated with magnificent frescoes, which imprint the most important historical events and images of saints. Alexander Battenberg Square is also the right location for visitors who enjoy seeing architectural places of interest. Church of St. Nicholas is surely the main decoration of this place. The building of the royal palace is located just opposite to the church. The palace is surrounded by gigantic trees and flower beds. This city is also home to one of the main Christian churches - St. Sophia Cathedral. The construction of this building was started by the Romans in the 7th century. Nowadays only the floor of the church decorated with mosaics reminds of those times. The facade and rooms have been rebuilt several times, leading to a unique combination of various architectural trends. Copyright www.orangesmile.com
Excursion over cultural sights of Sofia - 'must visit' points of interest
The historic district of the city strikes with an abundance of spectacular sights. Buildings of different eras have preserved in Sofia. There are also lots of museums in the city. Obligatory …

Open
Right in the city, there are several amazing antique attractions. Serdika Amphitheater is one of them. This Roman amphitheater was built in the 3rd century and is considered the largest one among the arenas discovered in Bulgaria. Serdika Amphitheatre is the second largest in size after the famous Colosseum. Ancient ruins were discovered only recently, in 2004, during the construction of the regular hotel. Nowadays, the Roman complex is open to the public. 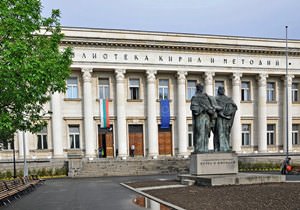 In the immediate vicinity of Sofia is an interesting religious landmark - the Boyana Church. In 1979 it was listed as a World Heritage Site. The erection of the church took place in the 10th century. For hundreds of years, it has been reconstructed several times. Despite a thorny destiny, many valuable artifacts have been preserved in it. Now visitors can admire the unique frescos of the 11th century and see fragments of medieval paintings. Somehow, the temple managed to survive thousands of years later.
Advices to travellers: what you should know while being in Sofia
1. Most tourists visit Sofia from May to October, as at this time there is always warm weather favorable for excursions. Winters in Sofia are warm and soft, so fans of festivals would be …

Open
One of the most visited cultural institutions in the city is the Archaeological Museum. It was founded in 1892 and occupies the same building as the Institute of Archeology. The archaeological museum is the oldest in Bulgaria. It keeps one of the world's largest collections of antiquities, found in various parts of the country. The building containing the museum was erected in the 15th century and used to be a mosque initially. It is of great historical value. 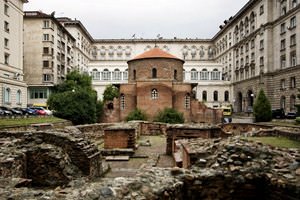 The Historical Museum of Bulgaria is situated in a beautiful park. Its opening was held in 1973. Today the exposition of the museum includes more than 600000 unique pieces. For the convenience of visitors, it is divided into several thematic halls. Visitors can enjoy collections of ancient weapons and coins, admire medieval decorations and antique furniture, made by the best masters of the country. Yet, they have an interesting collection of church utensils. Since 2000 the museum occupies a new attractive building.
Top touristic routes around Sofia: architectural sightseeing and landmarks
Discovering the architecture of Sofia from bird's eye view! Alexander Nevsky Cathedral, National Gallery for Foreign Art, National Art Gallery, Ivan Vazov National Theatre, Central market, Banya Bashi Mosque, Boyana Church, all those monuments are defining the image of Sofia …

Open
In the center of Sofia you'll find a picturesque park of Borisov Gradina. It is also a historical object founded in the late 19th century. The park is incredibly beautiful. Today, it represents a wonderful Japanese garden and a pond, a large rose garden, numerous fountains, and sculptures. In the middle of the 20th century, an observatory was opened there.

This guide to iconic landmarks and sights of Sofia is protected by the copyright law. You can re-publish this content with mandatory attribution: direct and active hyperlink to www.orangesmile.com.
Sofia - guide chapters 1 2 3 4 5 6 7

Shopping streets in Sofia
♥   Shopping area ' Vitosha Boulevard' Sofia, 0.2 km from the center. On the map

Survived castles around Sofia
♥   Castle 'Pirot Fortress' Pirot, 79.9 km from the center. On the map

National and city parks around Sofia
♥   Nature Park 'Vitosha' , 4.2 km from the center. On the map

Art galleries in Sofia and around
♥   Art museum 'National Archaeological Museum' Sofia, 1.6 km from the center. On the map

♥   Art museum 'National Gallery for Foreign Art' Sofia, 2 km from the center. On the map

Sights around Sofia from our guide 'Extreme places on Earth' 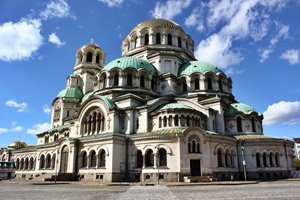 Distance from Sofia center - 1.9 km.
It is a great building made in Neo-Byzantine style. The inner decoration adores with its thoroughly made conception. The main entrance is made of rare Serbian oak, inside the cathedral is decorated with rare types of marble and onyx. The chandeliers were made especially for the church in Munich. The weight of the central chandelier is about 2, 5 tones. The floor also attracts people, it is made with rare Italian marble mosaic. Walls and the ceiling are decorated with an art painting. The best European masters hold their hands to this incredible beauty. … Read further

Search touristic sites on the map of Sofia

Sightseeing in regions nearby Sofia

Bansko
Fans of active pastime will be thrilled with virtually limitless opportunities for sports. At any time of the year, tourists can participate in exciting hiking tours to the most picturesque places, during which attendees can admire the beauty of the Pirin Mountains. Active recreation lovers will be pleased to know that the duration of the ski season in Bansko is the longest ... Open »
Plovdiv
According to one theory, first settlements in the territory of the modern city appeared more than 6,000 years ago. During the antique period, the prosperous city of Evmolpiada was located there. For many years, it belonged to Thrace, and in the first century B.C.E. it became a part of the Roman Empire. The city had an important strategic location, and that fact made it ... Open »
Skopje
It is believed that Skopje was founded in 518 by the order of Emperor Justinian I. However, the settlements on the territory of the modern city have existed before this, but the majority of those buildings were destroyed by the strong earthquake. The beginning of the city’s official history starts once it has been rebuilt by the order of the Byzantine ruler. The disaster, ... Open »
Kavala
Any street in Kavala will bring you to the top of Simbolo Mountain. The main sight of the town – a Byzantine fort – is located there. This fort is interesting not only by its medieval halls and high towers but also by a spacious park that surrounds the building. Numerous old houses can be found is the old part of the town. Everything in Kavala simply dives in greenery and ... Open »
Thessaloniki
Fans of beach rest will surely enjoy wide selection of entertainments. You can go to the central beach that is the location of numerous entertainment centers and restaurants, or go to one of remote bays, where you can enjoy the silence. Fans of outdoor activities and tourists with children should not forget to visit the new water park. It’s really hard to find such large ... Open »
Thassos
Temple of Apollo is another monument of antiquity located in Agora. Through the backdoor of the temple you can go down into the tunnel, which will lead you to the downtown area. According to archaeologists, this underpass was constructed in the 6th century BC. If the attractions of the city don’t seem enough for you, attend an excursion to the nearby town named Kavala. You ... Open »

All about Sofia, Bulgaria - sightseeings, attractions, touristic spots, architecture, history, culture and cuisine. Prepare your trip together with OrangeSmile.com - find out the 'must see' things in Sofia, which places to visit, which excursions to take, where the breathtaking views are waiting for you. Planning your trip with this travel guide will help your to get the most out of Sofia in few days.