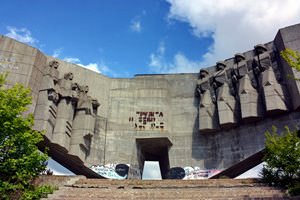 Varna residents cannot be reproached for inhospitality or ill-will. If tourists need any assistance, they will necessarily help with all their good nature. Naturally, the locals expect the same attitude towards themselves - courtesy and politeness. When inviting someone to dinner, they always try to create a nice family atmosphere so that the guest can feel comfortable. The family can safely be called the most important value in the life of local residents. Parents pamper their kids almost every day and on every occasion. And everyone wants the child to realize his/her full potential because this is another value in the life of Bulgarians.
Varna design-hotels for stylish travellers
In the central district of Varna you can find one of the most spectacular and luxurious design hotels - Graffit Gallery Design Hotel. Its rooms are designed in an aristocratic style, the …

Open
It's better to take into account some features when communicating with the locals. Everybody knows that the nod means denial while shaking the head from side to side is a gesture of consent here. But you will quickly get used for this, and after coming home you'll even find it confusing about why people agree with each other by the node. The natives are known for their superstition. Thus, they never allow a black cat (bad luck) to cross their path, and on Tuesday it is not customary to schedule any important matters. No Varna resident would ever let you light three cigarettes from one match - otherwise, misfortune is inevitable.
Local people are very fond of lavish feasts, "dancing till dropping", and noisy parties. Expressing emotions straightforwardly, they always say what they think. And that's what amazes tourists from the very first sight. They always try to keep their word, however, it must be said, this does not always work for them. The thing is that sometimes it's not easy for them to soberly assess their capabilities, although they try their best. Another feature of the locals is the high probability of being late for an important meeting. But that is not something you should take offense at since this is a long-established trait. In all other respects, it's a pleasure to share a foxhole with them. Local cuisine is rich in seafood and fish due to its proximity to the Black Sea. Rakia (strong Bulgarian fruit brandy) is another specialty worth trying. Copyright www.orangesmile.com
Top places to stay in Varna - most luxurious hotels
Grand Hotel Dimyat holds a special place among the hundreds of Varna hotels. The Grand Hotel has chosen a beautiful modern building with panoramic windows, just a couple of minutes walk from …

Open
In Varna, people have fun like nowhere else in the world. And you should definitely check it out. One of the most popular festivals in the resort capital of Bulgaria is the Varna Summer lasting 3 months between the end of June to the end of August at the Summer Theater, the Congress Center, the City Art Gallery and the Opera House. The event is devoted to classical music and its program includes choral, operatic performances, performing chamber and symphonic music. The festival is very multifaceted, which is evidenced by tourists coming here to this time, wishing to visit the event and then plunge into the Black Sea water. 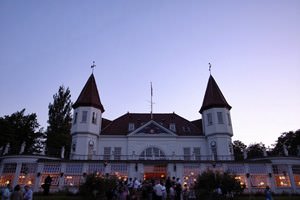 Another interesting Varna festival is dedicated to folk art. We are talking about the International Folklore Festival. People from different corners of the globe show their rich national traditions here, so you can look at the diversity of national traditions of other countries. Most teams and performers who demonstrate their skills are from Eastern Europe, but people from Asia, Africa, North and Latin Americas participate as well. Besides the music show, visitors have the unique chance to watch films about the traditions of certain countries and buy some products at the fair. The time is July-September, and the Summer Theater is chosen as the venue.
Old hotels keeping the history of Varna
The most famous and prestigious hotel in Varna is Grand Hotel London. This is the place where the atmosphere of the early 20th century reigns, everywhere you can see priceless antique …

Open
Three weeks in August are devoted to Bulgarica Fair where you can buy all sorts of folk products, handicrafts, and works of art. This is one of the largest festivals in the whole region, and therefore it is not surprising that all fans of this kind of events are looking forward to it with great anticipation. The traditional venue is the Seaside Garden. In addition to the fair itself, the audience can enjoy workshops where artisans show how to do this or that product properly, as well as music that sounds everywhere, while artisans themselves wear national costumes, which gives the festival more color. 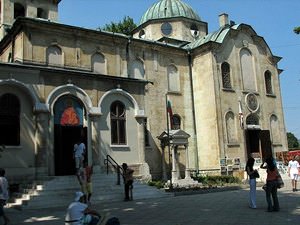 On the night between June 30th and July 1st, there is an event known as July Morning, which is often simply called "July". The festival dates back to the days when "Make love not war" was a call to action. Today it is one of the biggest events of this kind not only in Bulgaria but all over the world. On this fabulous night, hundreds of young people visit the village of Kamen Bryag for the sake of having fun and greeting the sunrise together. All the fun is in kindling fires, listening to music, singing songs, and, of course, meeting new friends. The atmosphere of the festival is very warm, just like the hippie slogan and a nature of the local residents.
Best hotel choice for romantic escape, wedding or honeymoon in Varna
Some hotels in Varna are distinguished by a special historical charm, and Plaza Palace Hotel is among them. Its cozy rooms in light shades are decorated with very beautiful designer …

Open
No less remarkable is Summer Salsa Festival, which is very appreciated among fans of dance performances. It is held in the open air in the middle of August in front of the Seaside Park so that no one could complain that one have to sweat in a stuffy hall while there is an option to go out and feel the light touch of the wind. Attending the festival as participants is a great honor for eminent and talented dancers. In addition to the dance program, all comers can participate in master classes held on the beaches in the form of after parties. 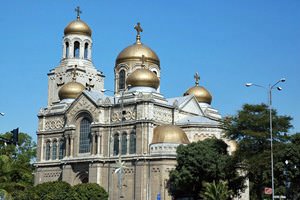 Between the end of September and the beginning of October, the resort capital of Bulgaria is turning into a venue for The Golden Rose Bulgarian Feature Film Festival. This film event is an important milestone in the festival year of Varna. During this period, the city is visited by famous Bulgarian directors and actors who present their documentary and feature films. Besides that, art exhibitions, music concerts, performances are organized as well. Visiting the festival is a great chance to get acquainted with the local culture.
Shopping in Varna - main shopping streets, outlets and boutiques
Guests of Varna have three excellent shopping centers, of which Mall Varna is ideal for a family visit. It has dozens of men's and women's clothing stores, specialized shops with goods for …

Open
Another festival dedicated to the cinema is scheduled for mid-September. Its specialization is animation. The primary venues are the Festival and Congress Centers of Varna where you can watch the newest Bulgarian animated movies. The event attracts many animation enthusiasts and is considered one of the best events of its kind worldwide, not only in Bulgaria, despite the fact that it is of national nature. Another interesting festival is dedicated to theatrical art and takes place in various city theaters in early June. A special interesting program is prepared for it, and the audience just cannot be dissatisfied - everyone here gets a portion of a positive mood.

This guide to traditions and festivals in Varna is protected by the copyright law. You can re-publish this content with mandatory attribution: direct and active hyperlink to www.orangesmile.com.
Varna - guide chapters 1 2 3 4 5 6 7 8 9 10 11 12 13

Colors of Varna in photos

Traditions and festivals in cities around Varna

Golden Sands
Local people are very communicative. They can easily talk on different subjects and like talking in general. They are also distinguished by a somewhat relaxed temper that people from northern countries may mistake for lack of commitment. That said, locals are definitely not irresponsible. If they promise something, they will surely do that. Besides that, locals try not to ... Open »
Nessebar
Considering local traditions one can not leave ethnic cuisine out of sight. In the heart of ethnic dishes one will find various vegetables and sea foods, meat dishes are rather rare, but are also well presented on the menu of local eating houses serving ethnic cuisine. The main secret of wellness and vivacity local people considered to be cultured milk foods as these are in the ... Open »
Burgas
When exploring the city on foot, it is often possible to see small papers with photographs and names of dead people. This is an old tradition in this region – local people tread their deceased relatives with great respect and keep them in their memory. It is prohibited to remove photographs of deceased relatives from house facades. Tourists should also keep in mind that ... Open »
Constanta
Constanta has many interesting symbols that tourists usually discover accidentally. Walking along the waterfront, one can find shops selling beautiful amber products. The traditions of its processing are more than a hundred years old, and now the city has several high-class workshops where they make jewelry and unique souvenirs. Here you can buy traditional amber jewelry or ... Open »
Bucharest
Grape remains one of main symbols of Bucharest. This is the place where the best Romanian wines are produced. Starting from ancient times the harvesting of grapes has been a very important and solemn event. September 13 is considered the festival of grape harvesting. Here we should note that many interesting events take place in Bucharest throughout the autumn period. Thus, ... Open »
Istanbul
Many national holidays, which the locals celebrate throughout a year, have a religious character. Typically, on these days of celebrations restaurants and cafes of Istanbul stop selling alcoholic beverages. A notable fact - more than 60% of the population of Istanbul is people under the age of 35 years, so there’s no wonder why Youth Day is one of the most popular and ... Open »

Cityguide on traditions, mentality and lifestyle of people in Varna. Learn the best periods to visit Varna to discover its soul - authentic festivals, events and celebrations. We will also reveal the interesting habits, attitude towards the world and to tourists in Varna.