Cuisine of Liege for gourmets. Places for dinner - best restaurants 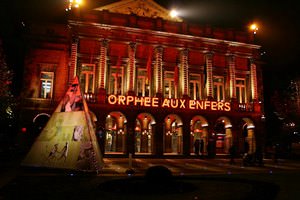 Liege is an ancient industrial city featuring specific gastronomic culture. The culinary traditions of this attractive city still amaze the gourmands. Annually this city is visited by cheese fans, Belgian beer friends and chocolate addicts. These treats are considered to be ethnic ones. The cheeses and chocolates of local production are often bought as souvenirs by tourists for their beloved ones. The beer fans should pay attention to numerous pubs and bars offering the widest selection of beer sorts. Genuine gourmands will get a chance to visit upscale restaurants serving Belgian cuisine and to try exclusive ethnic treats.
Extraordinary weekend in Liege - unusual places, services and attractions for travel gourmet
…

Open
Gastronomy thrill seekers and just fans of exotic dishes should order Herve soup which features ultimate taste and flavor. The fans of stiff drinks will love the Péquet potion which is produced by one of the local factories. The most favorite among refreshing drinks is apple wine, keeping the leadership for many years. Sweets lovers will like the wafers from local producers which one can buy in almost every café or cake shop. The most popular wafer sort is considered to be “lackmans” – these are crispy and flavored wafers being the favorite treats of local folk.
Among ethnic desserts the pastry holds the pride of place and each upscale restaurant of the city undoubtedly has its own bakery. The pancakes “bouquets” added with raisins and spiced with sugar powder are the most popular among city visitors. In 2007 Liege witnessed the opening of the L'Okapi restaurant which has quickly gained the recognition of tourists and city residents. Unlike many other city gastronomy establishments specializing in serving Belgian and French cuisine the L'Okapi restaurant offers to its visitors exclusive desserts. The inimitable dishes of African cuisine will amaze with original fusion of ingredients and unique taste and flavor. The house speciality is baked fish with spice which is added with roasted bananas before serving to guests. Copyright www.orangesmile.com
Shopping in Liege - main shopping streets, outlets and boutiques
Liege offers many interesting shopping centers and department stores. One of the most popular among city guests is Galerie Liege-Opera. This department store located near the Opera House is …

Open
Those wishing to know the Belgian cuisine better should surely set off to the Les Roches Grises restaurant. There one can try traditional dishes as well as the rarest delicacies. The Potato Grill restaurant is also worth mentioning. It is located right in the heart of Liege and attracts visitors with appealing pricing, vast choice of treats and the highest quality service. 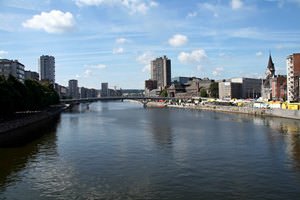 Liege offers restaurants of various formats, and Saveurs de Bulgaria represents classic Eastern European cuisine. Its menu will appeal to those who prefer hearty food. The restaurant serves wonderful meat dishes and local meat delicacies. Seafood lovers will have a chance to try shrimp and various types of fish cooked on the grill. The restaurant also prepares a lot of interesting vegetable dishes, so vegetarians are warmly welcome here too.
Top touristic routes around Liege: architectural sightseeing and landmarks
Discovering the architecture of Liege from bird's eye view! Church of St. Bartholomew, Church of Saint-Jean, Prince-Bishops Palace, Curtius Museum, Maurice Dyufran, all those monuments are defining the image of Liege …

Open
One of the best Italian restaurants in town is called La Cantinetta. It serves wonderful minestrone soup and various types of pasta with mushrooms and seafood. It is that that you must try authentic Italian risotto and beautifully decorated desserts popular in Italy. To complement meals, restaurant guests will be offered the best wines brought from various regions of Italy. 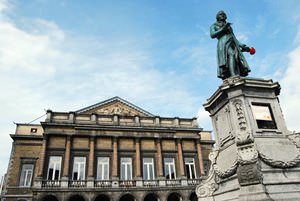 La Roussette de Savoie specializes in traditional Savoyard cuisine, which is an amazing combination of French and Swiss culinary traditions. Here you can taste interesting dishes containing different varieties of cheese, deli meats, and signature desserts, for the preparation of which they use the best Swiss chocolate.
Cultural vacation in Liege - fantastic architecture and monuments
Liege Cathedral, Royal Opera of Wallonia, St. Martin Church, Liege-Guillemins railway station, Eglise du Saint-Sacrement, as well as many others, they all become the world's cultural heritage objects and remain as iconic monuments for Liege …

Open
Traditional Belgian dishes can be tried in L'Ecuyer, one of the city's most popular restaurants. This restaurant serves pretty large portions, so many foreign guests order one dish for several people. Despite the huge popularity, this restaurant keeps prices at a very affordable level. 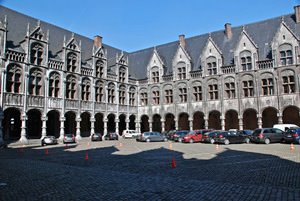 Popular Mediterranean and Spanish dishes are served at Le Zocco Chico. It is glad to please travelers who cannot imagine their meal without original fish dishes and other seafood. The restaurant's menu offers a large selection of vegetable salads, grilled vegetables, and spicy snacks.
Guide to Liege sightseeing - things to see and to visit
Liege is an amazing Belgian city, which is known as the largest city in the Walloon Region. Liege is also the third largest municipality of Belgium, with only Brussels and Antwerp ahead. …

Open
Liege's most popular steakhouse is La Charbonnade offering a great choice of interesting meat specialties. It serves various steaks with all kinds of sauces, not to mention kebabs of various meats. To complement the meal, guests are offered a glass of cold Belgian beer.

This guide to cuisine and restauraunt in Liege is protected by the copyright law. You can re-publish this content with mandatory attribution: direct and active hyperlink to www.orangesmile.com.
Liege - guide chapters 1 2 3 4 5 6 7 8 9 10 11

Michelin-starred restaurants in Liege
♥   Restaurant 'Sottopiano' Liège. Type - Italian. 0.2 km from the center. On the map

♥   Restaurant 'Maison Leblanc' Liège. Type - Meats and grills. 1.1 km from the center. On the map

Searching where to eat - restaurants and cafe on Liege map

Cuisine and restaurants in the neighbours of Liege

Maastricht
Witloof restaurant is a great place to order dishes from the Belgian cuisine. Mussels in pot and beef cooked in accordance with a special recipe are the most popular dishes among travellers. For desserts guests usually choose the restaurant’s own Belgian chocolate. There are restaurants in the city that serve Latin American cuisine. Probably, Casa Bassin is the most famous ... Open »
Spa
Spa cuisine is formed under the influence of French, German and Dutch cooking traditions. The French desire for maximum beauty of the dish and sophistication in serving is present in the town restaurants. But the portions are quite large here. Very tasty dishes are cooked in every restaurant because the competition between the culinary establishments of the town is very high. ... Open »
Kerkrade
Happy Italy specializing in Italian cuisine is in high demand among budget travelers. You can try different kinds of homemade pasta, enjoy authentic Italian pizza and signature desserts. In this vegetarian-friendly restaurant, meat is not used for cooking most dishes. One of the main Happy Italy's attractive features is affordable prices. One of the most luxurious ... Open »
Namur
One of the most famous restaurants in Namur is L'Essentiel that occupies a spectacular historic building. The restaurant’s hall has preserved original architecture and decoration, including a beautiful wooden ceiling. The upscale restaurant's specialization is Belgian and French cuisine. Its guests can try the rarest regional delicacies. In addition to specialties, they ... Open »
Leuven
Meat lovers will enjoy the kotmadam cake. Pie filling consists of minced meat and fruit; spicy blend of ingredients makes the taste of this cake just excellent. In addition to the favorite brand of beer, visitors of restaurants and pubs usually offer fonske sandwiches, which are made from freshly baked bread and minced turkey with an addition of herbs and spices. Oude Geuze ... Open »
Monchengladbach
Not far from the center, there is St. Vith Restaurant & Bar. It is situated in one of the beautiful historic buildings. It will impress visitors with a wide choice of German dishes and beverages. The interior of the restaurant is designed in the style of the past. In its hall, you can see a lot of antique things. The restaurant is a perfect place for festive differ, as well ... Open »

Travel notes on best cuisine and restaurants of Liege (Belgium) on OrangeSmile.com. Famous recipes and traditional dishes and courses in Liege restaurants. Where to eat - our recommendations on popular places in Liege, where you can taste delicious meal and also spend a good time with your friends.