Sightseeing in Protaras - what to see. Complete travel guide 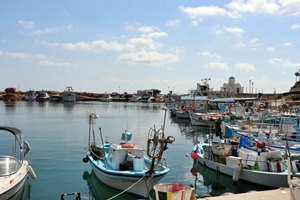 This is a young and promising resort preferred by lovers of peaceful rest. Protaras is located near the popular resort of Ayia Napa, famous for its loud partying and lots of nightlife. So if you want vacationers can easily reach the noisy discos and restaurants, and live with in a calm and peaceful atmosphere. Protaras is the ideal place for families with children, so many hotels are targeted precisely at family rest.
Extraordinary weekend in Protaras - unusual places, services and attractions for travel gourmet
…

Open
As for the beaches, Protaras Beach remains the most popular and crowded one. Here you will find sports equipment rental centers, entertainment clubs for children, and several cafes where you can eat and take a break from the hot sun. Green Bay Beach is more secluded and quiet. The main entertainment offered to guests here are underwater hunting, fishing, and scuba diving. The reason for that is in the fact Protaras is famous for its beautiful sea caves. Thousands of tourists go down under water to see this wonder of nature.
There are also several interesting sights in Protaras. An old chapel located on a hill is one of them. This place is very popular among honeymooners, and many people order a wedding ceremony in the chapel. You will be able to get acquainted with the inhabitants of the deep sea by visiting the aquarium named "Ocean Aquarium Park". Here you will see hundreds of types of fish, marine mammals and corals. We can also advise visiting the show "Singing Fountains" as evening entertainment. This is a truly magical spectacle that attracts visitors even from neighboring resorts. Vacationers can also participate in excursions to the neighboring cities Dherinia, Paralimni and Famagusta, where they will be able to visit many remarkable places and enjoy wonderful nature. Ayia Napa is the best destination for shopping and entertainments. Copyright www.orangesmile.com
Extraordinary weekend in Protaras - unusual places, services and attractions for travel gourmet
…

Open
One of the most visited attractions of the resort is Cape Greco. These places are famous for their natural beauty. The western part of the cape is full of many beautiful caves. They are really harmonious and give the impression of man-made objects. Cape Greco is considered one of the most romantic places on the island. In its western part is located the so-called Bridge of Lovers. That's what they call a beautiful rock that hangs over the water and resembles an original bridge. Valley of windmills is the most interesting place of the resort. In fact, it is a large agricultural area where the locals grow vegetables and fruits. Mill pumps fully compensate the lack of fresh water for irrigation. Several hundred wind generators have been built in the valley. The whole system looks incredibly impressive and attracts curious tourists. 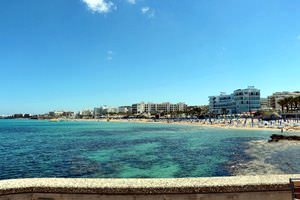 There is a Historical Museum in the city. It will tell visitors about the most interesting events that the city had to endure. The museum has a rich collection of archaeological finds, discovered by researchers on the island. A collection of vehicles is especially worth highlighting among the exhibits of later periods. You can also see ancient carts, used by local residents hundreds of years ago, and the most luxurious carriages formerly owned by the aristocracy. Among the religious attractions of Protoros is the church of Agios Elias. It was built in the 14th century. There is a church near the coast, on top of a cliff. To climb it, you need to overcome a narrow stone staircase. A wonderful church in Byzantine style preserved many elements of its old decoration. It has an ancient wooden altar, as well as painting on the walls. From the adjacent territory of the church opens a wonderful view of the coast.
Extraordinary weekend in Protaras - unusual places, services and attractions for travel gourmet
…

Open
In the immediate vicinity of the resort, is another interesting religious monument - the church of St. Barbara. The exact date of its construction is unknown. The first official mention of the church dates back to the middle of the 19th century. It is a vivid monument of traditional Mediterranean architecture. The facade of the church is rich in decoration. Beautiful arcades with columns complement the architectural monument.

This guide to iconic landmarks and sights of Protaras is protected by the copyright law. You can re-publish this content with mandatory attribution: direct and active hyperlink to www.orangesmile.com.

City tours, excursions and tickets in Protaras and surroundings

Sights around Protaras from our guide 'Extreme places on Earth' 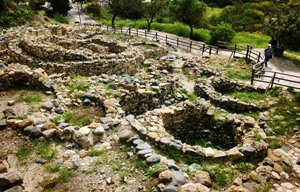 Distance from Protaras center - 69.1 km.
About 600 people lived in the ancient city during its heyday. Locals were engaged in farming and cattle breeding. Numerous studies have shown that the cult of the dead was widespread among locals. Burials were formed directly under the floor of residential buildings. Many items were found by researchers in the burial sites. These were jewelry, weapons, utensils, and other artifacts. The main attraction of the archaeological area is considered to be the foundation of ancient dwellings today. Researchers found human images on some stone fragments. They are the oldest found on the territory of Cyprus. … Read further

Distance from Protaras center - 15.4 km.
During this period, its area has grown substantially, and the population reached a record of 40 000 people. The city had a highly developed industrial sector. There were large factories producing tobacco, food, clothing, and transport equipment. The tourist industry raised significant funds too. In 1974, Turkish troops invaded the city. It was empty in a few days. Now it is slowly being destroyed under the influence of the moist sea climate. … Read further 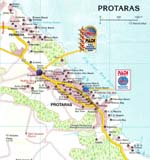 Search touristic sites on the map of Protaras

Sightseeing in regions nearby Protaras

Famagusta
Othello Tower is, without a doubt, one of the most notable buildings here. According to a legend the tragic events described in the famous play by Shakespeare have taken place exactly in this tower. City walls, the height of which reaches 17 meters, are the oldest structure that has survived till our days. The walls are in wonderful condition even nowadays. The purpose of ... Open »
Ayia Napa
Water Park remains one of the most visited places on Ayia Napa. Every day enjoyable performances, in which you can see trained dolphins, take place here. Each year several festivals and many carnivals are held in Ayia Napa, but the most famous and colorful remains the Festival of Ayia Napa, which takes place in the end of September. The resort is perfect for tourists with ... Open »
Larnaca
Larnaca is a city of Crete that occupies the third place in the list of largest resorts of the region. This is also a large port with fast developing industry and trading. This city is also known as one of the most popular resorts of the island. Larnaca is located on the south-east of the island approximately 70 kilometers away from Limassol directly on the coast. Larnaca is ... Open »
Nicosia
In order to diversify your holiday in this city, mix your rest on the beach and visits to restaurants with sightseeing. Moreover, there are so many attractions in Nicosia. On the territory of the city and its surroundings you can see numerous ancient monasteries and churches (Agios Iraklidios Female Monastery, Machaira Monastery, Agios Ioannis Cathedral, Church of Saints ... Open »
Kyrenia
There are many roads to Kyrenia from other cities in Northern Cyprus. Daily buses connect this city to Famagusta and Nicosia. Ercan International Airport is the closest to Kyrenia, but it serves flights from Turkey only. The flight lasts one hour. Upon arrival, tourists need to change to the bus that will take them to Kyrenia within forty minutes. It is also possible to get ... Open »
Limassol
Limassol has become widely known during the Crusades, when the English king Richard the Lion Heart married in the famous citadel to his bride Berengaria of Navarre. During the period when Limassol had been conquered by the British, a fort was built on the coast of the city. At that time in this region started developing wine-growing. Since that time Limassol has been chosen as ... Open »

All about Protaras, Cyprus - sightseeings, attractions, touristic spots, architecture, history, culture and cuisine. Prepare your trip together with OrangeSmile.com - find out the 'must see' things in Protaras, which places to visit, which excursions to take, where the breathtaking views are waiting for you. Planning your trip with this travel guide will help your to get the most out of Protaras in few days.