Cultural sightseeing in French Polynesia. What to visit - museums, temples, castles and palaces 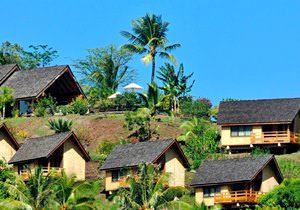 French Polynesia is rich in historical sites. The most interesting of them are the temples, museums and archaeological sites. They can narrate the history of the islands from the pre-colonizing period to the recent past. The culture of the indigenous people, merging with the cultures of foreigners, eventually formed something distinctive. The different stages of this process were recorded with the help of historical monuments. Polynesians treasure their every history, even down to the smallest piece of the past. Magnificent buildings, ancient statues, piece of art and old documents remind the islanders about how their society was created.
Unique sights of French Polynesia from our series 'Extreme places on Earth'
These spots really worth the attention of a real traveler-researcher. …
Read further
In Papeete, the capital of French Polynesia, there is an extraordinary Park called “The Square of the second of July”, which was formerly called the “Jacques Chirac Park”. This is not only a great place for walking among the greenery, offering a charming view of the harbor, but also a memorial to the victims of nuclear testing, expressing strong protest against the use of nuclear weapons. The name of the Park refers to the date of the first tests of nuclear weapons in the South Pacific. The commemorative inscription is dedicated to all the victims of nuclear testing in the world, and the totems in the center of the park reflect an unshakable thirst for life.
The tomb of Pomaré V, the last king of Tahiti, is in Papeete. Pomare V reigned for only three years, after which, in 1880, he relinquished the throne and completely transferred power to France. Even though this ivy-covered small coral structure in the form of a lighthouse which keeps a graceful Greek vase with the king’s remains does not provoke any dark thoughts about the transience of life, the king’s death story is rather sad: he died of alcoholism at the age of 51 years. An interesting fact is that the tomb was originally built for the mother of the king, but shortly before his death, he wished her ashes to be reburied, and he himself be buried in the tomb. There is a cemetery nearby, where the graves of four more persons of royal blood are located. Copyright www.orangesmile.com
French Polynesia sightseeing - top places to visit
Volcanic islands, dense tropic forests, unforgettable underwater world and many secluded places away from noisy urban life that are perfect for …
Read further
In Papeete is also where the Cathedral of the Immaculate Conception of the Blessed Virgin Mary is situated. It is one of the oldest places of worship for Tahitian Catholics. The cathedral was opened in the year 1875. In the architecture of the building, two mutually complementary styles can be traced: colonial and local. The building cannot be called large, but it certainly attracts attention. The beautiful stained glass fits perfectly into the neat interior of the church. Located in Rikitee, the Catholic Cathedral of St. Michael, opened in 1848, is a neo-Gothic building with strict geometric shapes. The altar of the Cathedral is decorated with black pearls and mother-of-pearl. 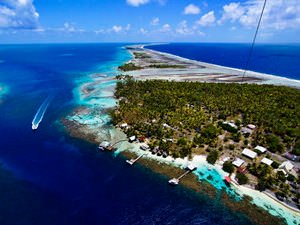 Curious guests of French Polynesia should definitely visit the archaeological site “Yipona” in the Pomauu Valley in the Marquesas Islands. These 18 well-preserved statues of unknown functionality can be seen standing at the foot of the cliff. Five of these statues are striking in their size, with the largest of them standing at two and a half meters tall. The statues were made from a single piece of wood or stone. It is believed that religious rituals took place here, and during some of them even human sacrifices were made. “Kamuihei” on the island of Nuku Hiva is an ancient place surrounded by banyan trees, the oldest of which is more than five hundred years old. A pit in one of the trees was used for sacrifices. There are also other pits here, with their purpose still a subject of debate.
National cuisine of French Polynesia - specialties, recipes and restaurants
French Polynesia is composed of more than a hundred islands that are united in five archipelagoes. Residents of each archipelago are proud of their …
Read further
The Pearl Museum of Robert Van at Papeete fully justifies its name. Its creator is Robert Wang, the pearl magnate. The beautiful collection includes black pearls and is supplemented with information on its mining and history. A pearl jewelry shop is also located here. The museum of Tahiti and the Islands is located in Nyu’uroa. It is divided into several sections that enlighten visitors about ethnology, society, everyday life, nature, culture and religion of the inhabitants of the islands. Many exhibits such as maps, statues, tools and documents, immerse visitors into the complex but glorious history of the islanders. 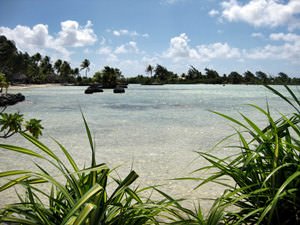 The house-museum of the remarkable American writer, poet and screenwriter James Norman Hall in Tahiti, was opened in 2001 in his honor. Hall has written many books about the islands, including “The Bounty Riot”. The writer has lived in this house since the 20s of the last century, and his home has not been subject to reconstruction. The house has a huge library with thousands of books, personal belongings of the writer and his family, and a tea room. The museum will be interesting even to those who have never heard of James Hall. Connoisseurs of modern art should visit the museum-shop “Bora Art Upstairs” in Vaytap. This is a gallery that sells paintings, wood crafts and other objects of art created by locals. It is a great place to buy quality souvenirs that can either be hanged on the wall or put on the shelf.

This article about cultural sites of French Polynesia is protected by the copyright law. You can re-use the content, but only under the condition of placement of an active link to www.orangesmile.com.
French Polynesia guide chapters 1 2 3 4 5 6 7 8 9 10 11 12 On the tiny Nuku Hiva island, that is a part of French Polynesia, have placed the Reptilian Statues of Temechea-Tohua. There depicted the creatures that bear only a passing resemblance to the human. They look like aliens from the thematic literature and descriptions. They have huge oviform heads, that don’t go with the bodies.

Several statues give the feeling that they are wearing the exposure suits. Nowadays we can see about several decades of the reptilian. They all are made of stone and have different sizes. It is still a mystery who made it and for what. Some researchers suppose that in the ancient times the aliens could lend their spaceships on this island. Also, they say that they got into communication with locals.

For aborigines such meetings played a great role. They could … Read all Among the islands of French Polynesia you must mention the romantic island of Moorea. When you look at this wonderful island from the height, their outlines remind of the heart. The exotic island is as found for the romantic recreation. Many couples choose it for honeymoon and wedding ceremony. For the couples, the incredibly beautiful ceremonial ceremonies are carried out on the island, and even the documents on the palm cortex are given. Although these papers do not have legal force, they are very popular among the romantic people.

The island of Moorea is an excellent place to relax and enjoy the water sports. Temae Beach is one of the most comfortable and popular beaches. The picturesque island is more than 133 square kilometers, so every holidaymaker can find a place where he can … Read all
All unique sightseeing French Polynesia

Famous sites of culture and history of French Polynesia in photoset

Culture and monuments in popular cities of French Polynesia

Papeete
The Avenue Bruat starts right near the Place. The street hosts astonishing office buildings and significant governmental institutions. The most beautiful architectural landmark of this district is considered to be the Presidential Palace and the High Commissioner Office. Another interesting spot of tourist interest to visit and explore is the General Post Office which is surrounded with the scale Bougainville Park. The Vaima Center is considered to be the main shopping area of the city. However … Read more

Vaiare
Ancient Polynesians from western islands were first inhabitants of Mo’orea. According to scientists, they appeared on the island approximately a thousand years ago. Nowadays, tourists can see signs of their presence, the so-called marae landmarks that look like stone rocks in the shape of pyramids. Some rocks have carvings that signify of sacrifices that were sometimes made on the island. Travelers keen on historic landmarks are recommended to visit the Afareaitu Marae, the oldest pyramid on … Read more

Moorea
The museum successfully encapsulates the atmosphere typical of local medieval villages. The village houses a wonderful folklore theater, as well as a number of craft stalls, specialty restaurants, and even a pearl processing farm. No less interesting is a tour to the Dolphin Study Center. The center runs fascinating entertainment programs and shows starring the cutest sea animals, making it especially popular with tourists that travel with their kids. There are also several unique … Read more

Manihi
It’s an interesting fact that even though various local tribes were honouring various gods, there still always were some common elements between them that you can notice while talking to people who live here. A «mana» concept, – a personal power – that was always connected with a tradition covering one’s body with diverse drawings, had been widely spread there for many centuries. Nowadays, tattoo art that has survived centuries of intertribal strifes and European persecutions is … Read more

Tahiti Island
This place is very interesting, here you can find a lighthouse that is one and only on the island; furthermore, you can enjoy a great view from the hill. Actually, the island has many places associated with pirates; therefore, you will have a chance to organize a thematic excursion in the footsteps of these legendary conquerors of the sea. You might want to visit Teti’aroa, the exquisite Polynesian atoll. It is rather difficult to get there on your own, but you will easily find a tour to … Read more