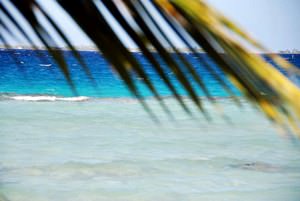 It's hard to call Manihi a densely populated territory. The last census showed that just about 800 people inhabit the island, and the main activity here is still fishing just like it was hundreds of years ago. And, of course, pearl collecting. Interesting fact: people have been inhabiting the island for quite a long time. Presumably, the first settlers came here in the period between the 7th and the 5th centuries BC. Ancestors of the current inhabitants used to grow edible plants and engage fishing. People weren’t aware of bows or arrows, writing and many other human inventions for a pretty long time. One couldn’t say that life on Manihi was easy, and still, nature managed to provide people with everything they needed. Far more islanders were dying owing to constant wars with neighbours than hunger even during the poorest harvests. Wars also used to be kind of a control tool to the social structure in society – slavery wasn’t something vicious for native Polynesians.
Guide to Manihi sightseeing - things to see and to visit
Manihi is one of the most beautiful islands of French Polynesia, which for many years has unjustly been neglected by tourists. Travellers began to actively visit it only recently, so this …

Open
It’s an interesting fact that even though various local tribes were honouring various gods, there still always were some common elements between them that you can notice while talking to people who live here. A «mana» concept, – a personal power – that was always connected with a tradition covering one’s body with diverse drawings, had been widely spread there for many centuries. Nowadays, tattoo art that has survived centuries of intertribal strifes and European persecutions is still one of the so-called sights of the local culture. Anyone can actually try this ancient craft themselves, as local absolutely don’t mind it.
It’s essential to point out that despite the fact there is almost nothing left from the original Polynesian settlements, there are still a few maraes on Manihi. The word marae can be translated as «a flat area, cleared of weeds». However, it’s actually a small rectangle bordered with stones. There were statues of gods in the corners in the former days, unfortunately, they haven’t survived until today, so now there are just rectangular and multistage ahus that used to be central stones for the sculptures. Marae was a social and a religious centre for the islanders. In the present days, some of them are deserted. On the other hand, a few ones are still used directly. Copyright www.orangesmile.com
Family holidays with kids in Manihi. How to entertain your child, things to show to children.
If you’ve decided to travel to Manihi together with your children, you should be very careful about choosing a hotel. The island is quite small and sparsely populated, that explains …

Open
So, the Turiaoa residents are quite similar to Polynesians. It seems like time has no hold on the lost in jungles settlement. Certainly, nobody’s wearing banana leaves skirts or attacking travellers with spears here or something. But locals still fish right the way their ancestors used to, cook in underground ovens and have never forgotten about ancient memories. Manihi settlements are real open-air museums where people can see a true mode of life, architecture and traditions of Polynesians that have almost not changed since the French governance. 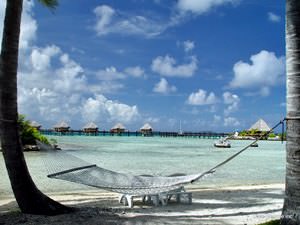 Everyone who comes to Manihi literally has to visit the local pearl farm. Today it’s owned by Robert Wang, just like many other sights of the French Polynesia times. It’s a family business. An enterprising Chinese with European roots called Wang once came to Tahiti and his attention was caught by a peculiar colour of local pearls. It was clear that it was all about local shells. The businessman decided without any hesitation that it would not be smart to leave all those black pearls which were highly valued in Europe just to chance. He built the first plantation where shellfish were grown and manually filled with sand grains which would become pearls in several years. Today, one of this type of farms is located on Manihi. Local Polynesians as well, as Chinese people (who are known for their diligence), work there. On the farm, you can find out about the whole process of pearls creation and what difficulties might appear during the process. A guide will also tell you how to distinguish qualitative pearls from fake ones and how to take care of pearls. In addition, you can learn lots of fascinating things about the place of pearls in the Polynesian culture and stories connected with its extraction and wearing. Each tour ends with visiting the shop on the territory of the farm.

This guide to cultural sights Manihi is protected by the copyright law. You can re-publish this content with mandatory attribution: direct and active hyperlink to www.orangesmile.com.
Manihi - guide chapters 1 2 3 4 5 6 7 8

French Polynesia is rich in historical sites. The most interesting of them are the temples, museums and archaeological sites. They can narrate the history of the islands from the pre-colonizing period to the recent past. The culture of the indigenous people, merging with the cultures of foreigners, eventually formed something distinctive. The different stages of this process were recorded with the help of historical monuments. Polynesians treasure their every history, even down to the smallest piece of the past. Magnificent buildings, ancient statues, piece of art and old documents remind the islanders about how their society was created. … Open

Photogallery of cultural heritage of Manihi

Excursions over cultural sights of neighbours of Manihi

Tahiti Island
No need to say that special attention is paid exactly to the period of the artist’s life spent in Polynesia. The exhibits include artworks, Paul Gauguin’s original documents, letters, photographs, reproductions, sculptures, engravings, and gouaches. You might want to start your excursion by visiting a souvenir shop where it is possible to buy thematic postcards, stamps, ... Open »
Papeete
A major part of historical and cultural landmarks and sights of the tourist destination was destroyed in the end of the 19th century by an extensive fire. A ruinous cyclone battered on Papeete in 1906 badly damaged the city as well. However the city of Papeete has preserved numerous cultural objects which will be of great interest for all the tourists to explore. The best point ... Open »
Vaiare
Vaiare is a picturesque small settlement on the island of Mo’orea that was formed approximately 2 million years ago. The former volcano gave the island a truly fabulous view – it is a small piece of land with several gorgeous bays and the highest point, Mount Tohi’e’a, in the middle. There are several communities on the islands, the largest ones being Piha’ena, ... Open »
Moorea
The museum successfully encapsulates the atmosphere typical of local medieval villages. The village houses a wonderful folklore theater, as well as a number of craft stalls, specialty restaurants, and even a pearl processing farm. No less interesting is a tour to the Dolphin Study Center. The center runs fascinating entertainment programs and shows starring the cutest sea ... Open »
Aitutaki Island
Aitutaki Island can’t boast for its great number of cultural monuments and ancient architectural buildings. On the other hand, people appeared on the island a long time ago. According to scientists, first Polynesian canoes came to the local coats about the 5th century AD or maybe even earlier. Unfortunately, there is no material evidence of what was happening at those days. ... Open »
Avarua
The city has a very unusual catholic cathedral, St Joseph's Cathedral, which is strikingly different from most churches that can be seen in other modern cities. It is housed in a one-story modern building. The cathedral was designed in keeping with the beautiful traditions of past years. It features graceful wood finishing and handcrafted wooden furniture. The best local ... Open »

Culture guide to Manihi. Which fascinating sights to visit once you are in Manihi: temples, churches, museums, theaters and castles. Recommendations (with addresses, phone numbers and links) on the places 'must visit' in Manihi. Plan your own city excursion by using this page info!