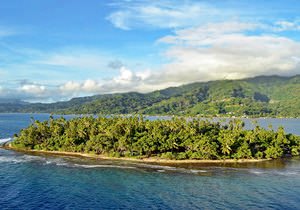 French Polynesia celebrates Christmas on the night of December 24-25th along with the entire Catholic world, and this date falls on the hottest and rainy season. A large Christmas market is opened in the capital, where you can buy presents and festive food. Many stores sell artificial Christmas trees. The residents of the island can be seen happily decorating their homes. Families gather at richly laid tables, in which you can see traditional European dishes like turkey, and food cooked in an underground furnace. At midnight, Catholics attend services in churches, and children wait for gifts from Santa Claus, who travel by canoe and enter houses through the windows that have been left open.
Unique sights of French Polynesia from our series 'Extreme places on Earth'
These spots really worth the attention of a real traveler-researcher. …
Read further
On New Year’s Eve, on the islands like in many other countries, fireworks are launched, as if tropical flowers were blooming in the sky. Earthly flowers adorn the hair and clothes of singers and dancers. In February, the Chinese New Year is celebrated. This is not a public holiday, but it is celebrated with great pleasure not only by the Polynesian Chinese, but also by all the other inhabitants of French Polynesia. In the cities there are great parades, live music, songs and dance performances. There is also the serving of traditional Chinese dishes.
Missionary Day in French Polynesia is celebrated on the 5th of March. This date marks the arrival of English Protestants on the islands in the year 1797. This is a public holiday, so most of the Polynesians get a day off. Services are held in Protestant churches, concerts are held in public places, and wreaths are laid at the tomb of the first Christian king, Pomare II. According to legends, the Polynesian pagan priests predicted the arrival of a new religion, so most of the local people voluntarily adopted Christianity, although this was accompanied by separate uprisings. Copyright www.orangesmile.com
French Polynesia sightseeing - top places to visit
Volcanic islands, dense tropic forests, unforgettable underwater world and many secluded places away from noisy urban life that are perfect for …
Read further
Easter is one of the favorite holidays of the Polynesians. As in the United States and many European countries, eggs are painted and exchanged on the islands. Labor Day is celebrated on May 1st. In some places of the country, workers’ parades are held, and the whole of French Polynesia honors the contribution of ordinary citizens of all nationalities to the prosperity of the country. May 8th, is when the islanders celebrate European Victory Day. On this date, another public holiday, which is also a nationwide holiday, is observed. It is celebrated as a remembrance to those who died in World War II, while also rejoicing over the victory that was not easily obtained. 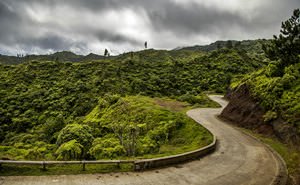 The dates of the May and June Ascension, Pentecost and Spirit Day celebrations may vary. Polynesian Catholics and Protestants actively attend churches and temples and pray at home, glorifying the Holy Trinity, noting the ascension of Christ to heaven and the descent of the Holy Spirit to the apostles. On these days, sermons and liturgies are held. On the 29th day of June, the Day of autonomy is marked. In 1880, King Pomare V transferred the rights to rule the islands to France. Officially, autonomy was obtained on the 8th of September, and on this day a festival is held annually. There is in connection with the date in the government, and politicians who advocate full independence from France propose that June 29th be considered as a day of mourning.
National cuisine of French Polynesia - specialties, recipes and restaurants
French Polynesia is composed of more than a hundred islands that are united in five archipelagoes. Residents of each archipelago are proud of their …
Read further
The first week of July in Tahiti is full of music and colors. On these days, begins the Heiva festival, which lasts for almost a month. Polynesians from all over the country invariably come here. On some islands, festivals are also organized, but in smaller scale. Locals dress in traditional costumes, adorn themselves with flowers and celebrate their culture and life on the beautiful islands. Many hundreds of musicians, singers, dancers and artists compete with each other in workmanship. Fire shows are held, and all interested people can walk on red-hot stones. Bastille Day, or National Day, is celebrated on July 14th along with France. 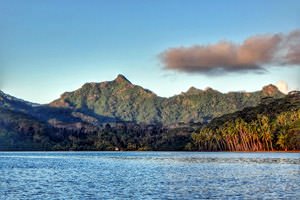 All Saints Day is a public holiday marked on the first of November, when Catholics, Anglicans and Protestants honor their saints. Every four years on the Marquesas Islands is held an enchanting festival of art and culture. The festival falls on different dates, but it invariably celebrates the culture of the indigenous people. Guests from New Zealand and the Hawaiian Islands come here during this event. Every year, the Marquesas Islands receive about two thousand participants. The festival revives the ancient traditions of dance, singing, language, tattoos, woodcarving, among others things. This festival is a great opportunity to immerse yourself in the local culture.

This article about national fests and celebrations of French Polynesia is protected by the copyright law. You can re-use the content, but only under the condition of placement of an active link to www.orangesmile.com.
French Polynesia guide chapters 1 2 3 4 5 6 7 8 9 10 11 12

Attractions and entertainment in top cities of French Polynesia

Papeete
The market offers the vastest assortment of goods among which tourists will find original souvenirs and adornments as well as fresh foods and popular ethnic treats. A popular souvenir hunted by the city guests is still pearls and jewelry with pearls. However these should be bought only in specialized stores. The most popular jewelry shops are located in the Le Quartier du Commerce district. Another popular jewelry store is located close to the Black Pearl Museum. Those tourists looking to get … Read more

Vaiare
The best way to get acquainted with peculiarities of the local nature is to make a walk to exotic tropical forests. Vacationers are also welcome to participate in exciting safaris, during which they will see Opunohu Valley and Cook’s Bay. During a walk along the mountain ranges, vacationers will see beautiful pineapple plantations, various exotic trees, and incredibly beautiful flowers. Tiki Village is one of the most interesting excursion destinations for tourists. In the settlement, … Read more

Moorea
At this time of the year, these fearsome sea predators come back to the island’s nearshore waters. There are several professional clubs on the island that specialize in arranging shark-seeing tours. Bali is arguably the most reputable club of the bunch. The club offers its clients a wide selection of entertainment options, including boat tours, night fishing and spearfishing trips. The island is a perfect vacation destination for all romantic souls as well, as it has a lot of spa centers and … Read more

Bora Bora
Bora Bora will definitely impress fans of beach recreation and water entertainments. There are excellent conditions for surfing and diving. The most attractive diving site is Lagoonarium. Here, even the beginners can dive and admire beautiful dwellers of the sea depths with an experienced guide. One of the most romantic and beautiful beaches is Matira Beach. It is surrounded by palms and is perfect for sunbathing and leisurely strolls. The beach of La Plage is also very popular. It will … Read more

Manihi
Those who’re fond of sea fishing should like the island in particular. Locals had been getting themselves food supplies right in the sea, there are not many locals who don’t know how to fish or don’t have their own fishing pole and tackles. It’s highly easy to find an instructor here who can tell you about each feature of fishing in the Manihi’s water area. In addition, there are also no troubles in renting tackles and boats. You don’t have to have a license to fish near the island … Read more

Tahiti Island
In Tahiti, tourists will be able to dive in the lagoon, where the wrecks of the sunken ships and airplanes can be observed at the bottom of the ocean. The dives are performed in the company of skilled instructors and last from 30 to 40 minutes. If you are an experienced diver, be sure to bring your certificate with you since the safety rules are observed very strictly in Tahiti and in the absence of the document confirming your level, you will have to start from scratch. Much of the … Read more

Map of fun in French Polynesia