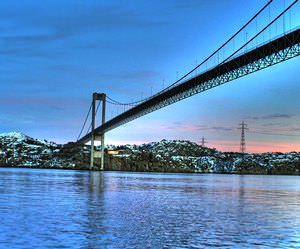 Among the attractions in Bergen you will surely find many internationally famous sites. Bergen’s Hanseatic waterfront is definitely one of them. The name of the embankment appeared in honor of the important events that took place in the 14th century. During that period the merchants of Baltic and European cities signed Hanseatic League, which was a major step in the development of trading relations between the countries. Currently, the embankment is a favorite place for walking among both citizens and tourists. You will also find a huge number of various shops, souvenir shops and restaurants along it. The embankment is also the location of another important architectural place of interest - Rosenkrantz Tower. The construction of the tower was completed in the first half of the 16th century. Nowadays the tower is known as the oldest stone building in Bergen. The top of the tower is equipped with observation platforms that feature dramatic views of the bay and harbor. In order to get to the observation deck, visitors of the tower need to pass a long spiral staircase.
Family holidays with kids in Bergen. How to entertain your child, things to show to children.
Bergen with its variety of attractions and entertainment will be a great place for a family holiday. Many guests of the city first and foremost, go to the Bergen Aquarium. This is an amazing …

Open
Not far away from the tower you will find another sight - an ancient Bergenhus fortress, the construction of which also took place in the 16th century. During the Second World War the fortress was seriously damaged – the ship that was carrying ammunition exploded right under its walls. Today the building is fully restored and never ceases to amaze curious visitors with its grandeur. Nowadays the luxury halls of the palace have become a permanent venue for ceremonies and concerts of classical music. There are also gastronomic attractions in the city, such as Fish Market. Many people visit it in order to buy fresh seafood and other delicacies. That is a place where you can always find excellent lobster and octopus, as well as several species of shrimps. However, you will surely not find squid because of one simple reason - the locals do not eat it.
St. Mary’s Church is a truly unique attraction. The beautiful cathedral was built in the 12th century. Surprisingly, the building has managed to preserve in its original form till our days. If the appearance of the building hasn’t been changed within 800 years is a wonderful example of Romanesque style, its inner premises have been remade several times during the history of the church. The latest changes took place in the 17th century, so nowadays visitors are welcome to admire a beautiful Gothic interior. Bergen is the location of one of the oldest European Aquariums, the opening of which took place in the middle of the 20th century. Large swimming pools have become home to seals and carps, several species of reptiles and crocodiles, as well as other representatives of marine flora and fauna. Copyright www.orangesmile.com
Cuisine of Bergen for gourmet with top restaurants and cafe
Restaurants in Bergen feature widest selection of various dishes that will perfectly suit either discerning food connoisseurs or people who follow a vegetarian diet. Of course, adherents of …

Open
Bergen has a great many interesting museums. The Gamle Bergen Museum is one of them. It replicates the life of the locals as it was in the 18th-19th centuries. The “living” museum simply cannot but be loved by everyone. Since the main craft of the city is fishing, there is a museum in Bergen dedicated to this craft, and you can get to it in the Embankment of Hanseatic. There is also a remarkable museum here located in the former leprosorium. Among the exhibits here are photographs, furniture, household items. You will find it remarkable to learn the fact that it was here that Ganzen once discovered the causative agent of leprosy. The house-museum of the most famous native of the city, Edvard Hagerup Grieg, located in the vicinity of Bergen in Troldhaugen, is also worth a visit. 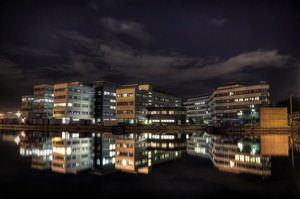 The most unique complex in Bergen is perhaps the Pepperkakebyen, a real gingerbread tale and the largest gingerbread city in the entire world. Locals and those who wish to bake gingerbread (both adults and children), and later build houses from them, can visit this place. The spectacle is magnificent, especially for the kids, although adults enjoy it as well as. If you choose to visit Edward Grieg’s hometown during or before Christmas, then you can completely lose sense of reality – or maybe she herself went somewhere, giving way to a fairy tale?
Authentic traditions, festivals and lifestyle of Bergen inhabitants
Local residents are distinguished by very calm and balanced character. They are very patient and reasonable, and so they can even seem to be a bit slow to some visitors. The locals remain …

Open
Johanneskirken stands out from the rest buildings with its magnificent view. It is visible from anywhere in the city, being some sort of lighthouse. The acoustics in the building are simply amazing, thus the building is often used as a venue for concerts. Visiting this place during a performance is just a dream come true, as such leisure will bring only the most positive emotions. Nevertheless, a stay in the building brings peace and tranquility. Another interesting cathedral worth visiting is called Domkirken, which is notable for the fact that it was built in the 12th century and survived many historical events. For example, there is a wall with a cannonball stuck in it from the time of one battle which took place in the 17th century. The interior decoration is very modest, but no less charming. 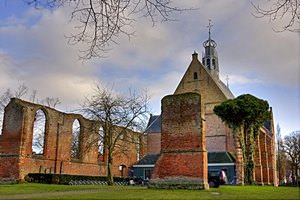 There is another church which is remarkable for its unusual appearance. It is distinctive in that it is built of wood. Although the interior of the church is modest, the church is simply amazing. It became famous thanks to Varg Vikernes, a member of the legendary group Burzum, who burned it down in 1992. In its place was built another sanctuary, a copy of the burnt church. It is worth noting that there are several interesting monuments in Bergen too. First of all, it is worth mentioning the monument built in honor of the sailors, which is located on Torgallmenningen Street. The “Monument to the Human” – a bronze sculpture of a man, standing at the entrance to the bank – also deserves being cited. The sculpture is remarkable because everyone sees their own meaning in it, and it sometimes comes down to very fierce disputes.

In the section below, you can get one of our excursion, activities or city discovery tours over Bergen and surroundings. Our website offers 10-30% lower ticket prices, when compared to the offline purchase on the spot.

City tours, excursions and tickets in Bergen and surroundings

This guide to cultural sights Bergen is protected by the copyright law. You can re-publish this content with mandatory attribution: direct and active hyperlink to www.orangesmile.com.
Bergen - guide chapters 1 2 3 4 5 6 7 8 9 10 11 12 13

What to visit during two-day excursion in Bergen

Photogallery of cultural heritage of Bergen

Excursions over cultural sights of neighbours of Bergen

Alesund
Aalesunds Museum is open in a beautiful building with a bright orange façade. This is the main museum in Alesund. A significant part of the museum’s collection is dedicated to the beginning of the 20th century. This is when the town was restored after the fire. You will learn how the town literally rose from ashes and see an interesting collection of items dedicated to ... Open »
Molde
It was destroyed in the period of World War II. The main cathedral in the city was restored after the war. At the site of the old building, a beautiful basilica with white walls was built. Its bell tower was 60 m high. It was constructed under the guidance of Finn Brill in accordance with the beautiful traditions of the past. The exterior of the construction is really ... Open »
Lillehammer
On the outskirts of the city, you will find the unique ethnographic museum Maihaugen. The cultural facility recreates an old Norwegian village, the vast territory of which has over 200 old houses that were built in different periods. Here you can see traditional fishing huts and homes of wealthy farmers, as well as several historic churches. Each house stores a collection of ... Open »
Larvik
The old Fulehuk lighthouse has been preserved in one of the quietest and most remote areas of Larvik. Once it was the main navigational aids for local sailors and ships arriving at the port, but over the years the lighthouse has lost its original significance. Nevertheless, Fulehuk is well preserved, as well as some outbuildings next to it. Now the lighthouse is open to the ... Open »
Oslo
Government House is one of the main symbols of Oslo. The building was built in 1958. It is characterized by severe and stately look; Government House has full right to be called a model of high style. Among the cultural institutions of the city visitors are recommended to visit a popular Viking Ship Museum, which is located on Bygdoy Peninsula. The museum exhibits a unique ... Open »
Trondheim
Speaking of city culture it's worth to mention the Ringve National Museum dedicated to national music. It hosts interesting collection of national music instruments, folklore costumes and other accessories associated with national musical tradition. Built in late 18th century, Stiftsgarden royal residence is a truly unique landmark. It is the biggest wooden palace in the ... Open »

Culture guide to Bergen. Which fascinating sights to visit once you are in Bergen: temples, churches, museums, theaters and castles. Recommendations (with addresses, phone numbers and links) on the places 'must visit' in Bergen. Plan your own city excursion by using this page info!