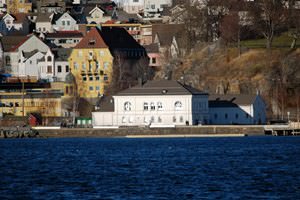 Larvik was founded in the 17th century, one of the oldest buildings preserved in the city is Herrgården estate. It was built in 1677 and belonged to a wealthy graph after whom it was named. The estate has been able to preserve its unique architectural appearance for over 300 years. It is considered one of the most beautiful baroque monuments in Norway. Herrgården occupies a vast territory, a beautiful landscape park is planted around it.
Guide to Larvik sightseeing - things to see and to visit
Larvik is a relatively small resort-city on the south of Norway. This is also a port on the west coast of Bohus Bay. The population of the city estimates approximately 40 thousands of …

Open
The city has many interesting museums. Thus, Larvik Museum introduces visitors to the history of Larvik and traditions of its inhabitants. It houses a diverse collection of exhibits, including old furniture, works of art, traditional costumes and household items. The city has always been famous for its craft traditions, therefore a significant part of the museum's exhibits are devoted to various spheres of handcraftsmanship.
In the 17th century, shipbuilding started its development in the city. A famous native of Larvik is the famous naval architect Colin Archer. Today, on one of the central streets you can find Larvik Sjøfartsmuseum whose exposition is devoted to the history of shipbuilding. Among its most valuable exhibits are models of old ships that were once assembled in a local port. The museum also stores an interesting collection of old shipboard equipment and nautical charts. Copyright www.orangesmile.com
Family holidays with kids in Larvik. How to entertain your child, things to show to children.
You can organize a wonderful family vacation in Larvik. This city is simply created for active entertainment. In the warm season, the Foldvik Familypark is a favorite holiday destination for …

Open
Near the town, there are several interesting archaeological areas, which can be visited as part of excursions. The most interesting one is Skiringssal where a large trading town was located many years ago. During the tour, you can see the ruins of ancient buildings, which were built over a thousand years ago. Researchers have managed to restore some of the old structures partially. The archaeological area is situated in a very beautiful natural area, several authentic villages are located nearby. 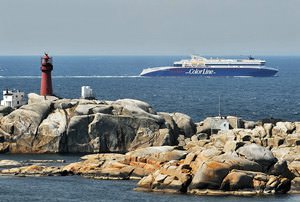 The old Fulehuk lighthouse has been preserved in one of the quietest and most remote areas of Larvik. Once it was the main navigational aids for local sailors and ships arriving at the port, but over the years the lighthouse has lost its original significance. Nevertheless, Fulehuk is well preserved, as well as some outbuildings next to it. Now the lighthouse is open to the public, everyone can climb to its top and enjoy the panorama of the rocky coast.
Cuisine of Larvik for gourmet with top restaurants and cafe
Guests of Larvik will have the opportunity to try delicious fish dishes, which are the key element of local cooking. Salmon dishes are especially popular with tourists. Salmon is used to …

Open
The city also boasts several beautiful historic churches. From an architectural point of view, Fredriksvern is of the greatest interest. This miniature church is remarkable for the colorful decoration of its facade, which is painted in various shades of red and yellow. The bright building looks more like an old mansion housing a valuable collection of religious relics within its walls. The church has been active since its construction; divine services are held here it even today. 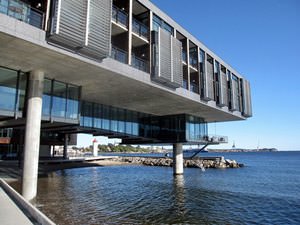 The city's main temple is Larvik Church that features a refined exterior. After its construction, it has long been the tallest building in town. The church has preserved its high clock tower, it is also distinguished by a very sophisticated interior design. Now the church can be found in a picturesque park where century-old trees grow and several interesting monuments stand.
Authentic traditions, festivals and lifestyle of Larvik inhabitants
Larvik is a very beautiful modern town, which does not prevent its inhabitants from preserving rich cultural and historical traditions. The townspeople are distinguished by a very restrained …

Open
A very symbolic attraction of Larvik is an old house of the famous navigator - Colin Archers House. Thanks to Colin Archer's work, the city became one of the largest shipbuilding centers in 17th century Europe. The situation of past centuries is restored within the walls of the house as accurately as possible. An interesting collection of the famous shipbuilder's personal belongings is kept here. Among the valuable exhibits are ancient drawings and manuscripts of Archer, only original antiques were used for designing the thematic museum. 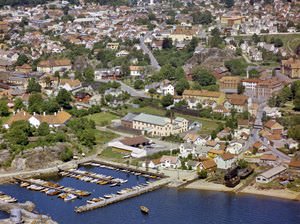 In the outskirts of the city, there is a very interesting historical site - The Hall of Remembrance. This is the name of a small art gallery located on the top of a hill dating back to 1918. This gallery has gathered thematic paintings dedicated to the victims of the First World War. All the artworks were made by special order by the best artists. The pyramid-shaped building itself is a valuable historical monument, it has not changed at all since its construction. On the hilltop, you will find a small park and several natural observation points offering a panoramic view of Larvik.

In the section below, you can get one of our excursion, activities or city discovery tours over Larvik and surroundings. Our website offers 10-30% lower ticket prices, when compared to the offline purchase on the spot.

This guide to cultural sights Larvik is protected by the copyright law. You can re-publish this content with mandatory attribution: direct and active hyperlink to www.orangesmile.com.
Larvik - guide chapters 1 2 3 4 5 6 7
Car rental on OrangeSmile.com

Photogallery of cultural heritage of Larvik

Excursions over cultural sights of neighbours of Larvik

Oslo
Oslo is the most interesting city of the country from the excursion point of view. On the territory of the city you will find widest selection of grandiose historical monuments, beautiful parks and museums. The local city Hall (Oslo Rådhus) is a prominent architectural monument. This is a building made of red brick and notable for its strict lines – a true elegant ... Open »
Goteborg
You will find Slottsskogen (Palace Park) not far away from the fishing port. This is the most large-scale and beautiful park in Gothenburg. During a walk through the picturesque alleys of the park travelers should definitely not forget to visit Marine Tower, the top of which is equipped with a beautiful viewing platform. The height of the tower estimates 62 meters. Its top is ... Open »
Alborg
Aalborg's most important historical symbol is Aalborg Kloster Monastery. It is located in the very heart of the city among picturesque historic streets. The history of the monastery begins in the 15th century when it was originally founded as a homeless shelter. In the 15th century, Aalborg was one of the richest and most prosperous cities in Europe. The richest people from ... Open »
Lillehammer
In summer, the museum regularly hosts beautiful holidays dedicated to traditional culture. Historical reenactments are carried out here along with vivid parades of national costumes, musical and dance performances. The open-air ethnographic museum is located in an incredibly beautiful natural area, so lovers of pristine nature will surely appreciate the tour. One of the ... Open »
Bergen
Among the attractions in Bergen you will surely find many internationally famous sites. Bergen’s Hanseatic waterfront is definitely one of them. The name of the embankment appeared in honor of the important events that took place in the 14th century. During that period the merchants of Baltic and European cities signed Hanseatic League, which was a major step in the ... Open »
Arhus
Among the numerous museums of Aarhus, an outstanding one is the Moesgaard Museum acquainting visitors with the ancient history of the region. The museum's exposition features archaeological exhibits discovered during the study of East Jutland, including some unique Stone Age artifacts. In 1952, the museum was replenished with a unique exhibit, which drew the attention of ... Open »

Culture guide to Larvik. Which fascinating sights to visit once you are in Larvik: temples, churches, museums, theaters and castles. Recommendations (with addresses, phone numbers and links) on the places 'must visit' in Larvik. Plan your own city excursion by using this page info!