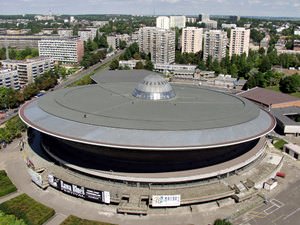 Poland’s economic situation is recognized as a true world phenomenon. Within the global crisis and incredibly complex financial problems, Poland managed to build a powerful and effective developmental program. The dynamics of development is improving every year. Even at the end of the twentieth century, the country’s GDP was gradually decreasing, although most European countries had a quite stable economic situation during this period. Everything however changed dramatically right after the Republic was admitted to the European Union. Perhaps, this is the first country that was able to adapt as quickly as possible to all the features of this Union and to extract the maximum benefit from it. According to data for the last year, the ratio of Poland’s GDP compared with that of other European countries exceeds seventy percent.
Oldest hotels in Poland with a rich history
Poland can boast a huge number of palaces and castles that house the most beautiful and spectacular hotels. This fact can significantly change the …
Read further
It cannot be said that the global crisis of 2007 did not affect Poland in any way. However, GDP in this country did not fall, but instead made meager increments of 0.1%; but it increased. It is worth noting that the local population of Poland over the past two decades has developed a fundamentally different attitude towards the state’s financial situation as well as their own. Now every citizen is trying to get as much profit as possible from various changes in the external and domestic economy. Optimal conditions have been created in the republic, even for the development of medium and small scale businesses. This also yields a commensurate benefit when calculating annual GDP. According to the World Bank rating, Poland is ranked 25th in the world rating of countries for optimal business conditions. Please note that only 7 years ago, Poland ranked 80th in the same poll.
Industrialization is at a fairly high level in Poland. Its main branches are mechanical engineering, ferrous metallurgy, coal mining, as well as the textile and chemical sector. Oil products are actively produced in the country and also, various cars and marine vessels are being built (the largest centers are located in Szczecin and in Gdansk). A fairly large percentage of the total number of manufactured machines and other industrial equipment goes into world exports. In the country, you will see that there is a gradual growth in the development of industrial production. In comparison with the data of ten years ago, the level grew by about 5.5%. It should be noted that the country has fairly large deposits of brown coal, copper ore, zinc, lead, and sulfur. Also as of today, food grade sodium and natural gas are actively extracted. Due to the large number of forests, the wood processing industry and logging are also flourishing. Copyright www.orangesmile.com
When and where to 'hang out' in Poland - festivals and celebrations
Poland is a deeply religious country, and therefore, its residents have a special attitude towards such holidays as Christmas and Easter. The whole …
Read further
About forty percent of the total number of citizens lives in rural areas, and most of them are involved in the agricultural sector. Despite the fact that the importance of agriculture since the accession to the European Union gradually began to decrease due to the quota, this sector remains the main priority for many regions. In total, there are about three million peasant farms in the republic. This is so because the private form of ownership in still prevalent. Agrarian production is rather unstable; it is mostly due to unpredictable weather conditions. For example, during a warm spring, some days may be accompanied by unexpected frost. As a result of this, most farmers lead a mixed type of agricultural production and are engaged not only in farming, but also in animal husbandry. 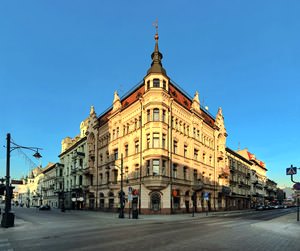 Now, agriculture accounts for no more than five percent of GDP. Nevertheless, most of the agricultural land generates products exclusively for domestic consumption. Dairy products, meat, beets, potatoes and grain are exported. The lion’s share of agricultural imports is occupied by wheat and vegetable oil. Since the end of the last century, much attention has been paid to the marine industry in Poland. Recently, the Baltic Sea makes it possible to increase the country’s total freight transportation. The annual catch of fish and seafood is about seven hundred thousand tons.
For active traveler - national parks, landscapes and nature of Poland
The third of the Polish territory is occupied by forests that are protected by the state. In this country, people highly value the nature and take a …
Read further
Poland’s energy sector is also quite profitable. About 90% of electricity is produced at state-owned thermal power plants. The greater part uses coal as fuel, while the smaller part uses lignite. Wind and hydroelectric power plants generate less than three percent of electricity. The country’s oil reserve is about two million tons. However, all domestic needs of the country are being met solely thanks to importation. Also, most of the natural gas is imported, as gas produced in the country is able to meet only a third of domestic demand. Most of the banks that are located in Poland have foreign owners with a huge deposit base. This brings quite a big profit to the country. The banking system is so far strong, stable and continues to improve. 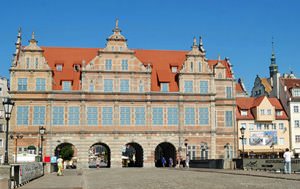 Unemployment rate in Poland reduces yearly and now makes up just over seven percent of the total able-bodied number of citizens. The gross product per capita is about 12 thousand dollars. The country’s economy also owes much of its development to the high literacy level of her population. The country also has a high level of social activity among her citizens. The poverty rate of the population is very low, and the average life expectancy borders around 65 years of age. Crime rate is also minimal, with the violence being only 3.3% despite the fact that these data take into account the disorders associated with migrants. Judging by the data of world economists, Poland is in the prime of its economy and will continue to develop in the coming decades.

Krakow
You can spend an excellent day in Krakow Plaza shopping and entertainment center as well. Here, dozens of interesting clothing and footwear stores are concentrated. They also offer excellent perfumes and cosmetics of European brands. Among other things, there is a wide choice of facilities. This place has billiards, bowling, and a dance hall where dance lessons are organized for everybody. There is also a popular cinema and lots attractions for children. Numerous interesting specialized shops … Read more

Warsaw
Young people and those who prefer a modern style, attend Galeria Mokotów trading center. It attracts with a variety of fashion boutiques, among which Cropp Town store, large Calvin Klein and Versace pavilions. There are rather expensive shops and boutiques suggesting affordable prices, which are especially loved by local youth. This shopping center will be interesting for a family visit. There are many playgrounds for children. Frugal travelers can explore Factory markowa moda, the largest … Read more

Wroclaw
Local residents adore Auchan Bielany. On its ground floor is located city's largest Auchan supermarket. In total, the shopping center employs about 80 stores, including Decathlon. Apart from traditional clothing and footwear shops, there exist trade pavilions with household goods, some large furniture stores and pavilions with electronics. In the beautiful modern skyscraper, whose height is 212 meters, Sky Tower Wroclaw shopping center settled down. It occupies several floors of a high-rise … Read more

Gdansk
Manhattan shopping complex is worth mentioning, as well. It unites 70 popular stores. This place is interesting for purchasing cosmetics from world-class manufacturers. There are several excellent sports shops, as well as pavilions with hobby products. Matarnia shopping complex is notable not only for the variety of clothing stores, but for its gastronomic pavilions, as well. They sell national delicacies of local production, which can not be bought in other shopping centers. Go there in … Read more

Lodz
An equally original shopping center is Manufaktura that occupies a beautiful historic building and a large adjacent area. This mall boasts popular stores of famous global brands, great jewelry stores and shops selling homeware products. Tourists will also be attracted by small stalls presenting souvenirs and all kinds of inexpensive accessories. The most interesting time to visit Manufaktura is on the eve of major celebrations, as fairs and entertainment activities are often held on the square … Read more

Katowice
Rawa Park shopping center is a no less interesting place. It also offers gorgeous souvenirs and items in the national style. For travelers, it may be interesting to pay their attention to handmade clothing and accessories, as well as attractive clothing and home textiles made from natural materials. There are several food shops that offer popular national delicacies. There is another great place to shop for delicacies in Katowice - BioBazar Huta Baildon. This is a popular farmer’s market … Read more

Lublin
Although Orkana Gallery is far from being the biggest in town, it is still popular among both locals and foreign visitors. You can find goods of all possible kinds in its 50 stores. Modern clothes and shoes, stylish accessories and perfumes, household goods and souvenirs - this is just a partial list of all the goods presented here. Near the shopping gallery is the popular supermarket Tesco. Olimp is one of the largest malls not only in the city but in the country. It has more than 200 … Read more

Bialystok
One of the largest and most unusual shopping centers in Bialystok is Park. Park unites a complex of buildings, built around a beautiful fountain. It's very convenient to walk around the shopping pavilions with a separate entrance for which. You can go here In a search for original designer clothes, quality shoes and souvenirs. On a hot summer day, it will be difficult to find a more attractive place for shopping. Budget travellers should definitely visit Hetman commodity market, which will … Read more