Sightseeing in Poznan - what to see. Complete travel guide 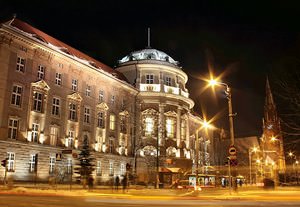 It is not only a major industrial and economic center, but also the present "cultural heart" of Poland. Such large number of historic buildings, monuments and iconic sites is simply hard to imagine, and they all are truly unique and amazing.
Authentic traditions, festivals and lifestyle of Poznan inhabitants
The Poznan’s holiday calendar involves various festivals and celebrations. Every year there are different cooking events, festivals of art in the city and also important historical …

Open
The library of Rachinsky is one of the most beautiful modern buildings of Poznan. This is a classic building with strict lines which is decorated with tall columns. The courtyard in front of the library is also very beautiful, and you can see several statues and fountains depicting Greek goddesses. Walk down the avenue, and you will reach the National Museum, one of the most important cultural institutions of the country. Founded in the beginning of the 20th century, it has five branches, among which are Museum of Musical Instruments, Museum of History, Museum of Applied Arts, Museum of Ethnography and Military Museum. The exhibition of each one is priceless and unique.
In this city you will also find numerous old memorable areas, the most famous of which are Adam Mickiewicz Square and Liberty Square. Here you can see the commemorative memorials and statues; not far from A. Mickiewicz Square is located the main university of Poznan also named after the great poet. The assembly hall of the university often hosts concerts and theater performances, because this hall has excellent acoustic properties and is considered one of the best concert halls in Poland. Copyright www.orangesmile.com
Excursion over cultural sights of Poznan - 'must visit' points of interest
Poznan is the city with rich cultural and historical heritage. The great number of stories and legends are connected with every square and building of the city, one of the notable monuments …

Open
Among the old buildings of Poznan we should mention the Prussian Castle built in the early 20th century. It has been damaged badly during the war but was rebuilt and today its rooms often host large meetings and receptions. Near the Wilson Park you can find Exhibition Square. It is always very crowded, and you will see here numerous vendors and street musicians. Local craftsmen will gladly offer you to buy beautiful crafts and souvenirs, as well as to taste homemade sweets and wine. 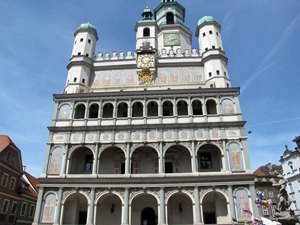 The Imperial Castle built in 1910 for the German Emperor Wilhelm II is an outstanding architectural monument. The construction of the chic palace in the neo-Romanesque style required huge costs and the most modern and beautiful materials of that time. The unique historical building presently houses a multifunctional cultural center with a cinema, exhibition halls, a puppet theater and a restaurant.
Your active city break in Poznan. Attractions, recreation and entertainment - best places to spend your day and night here
Poznan is very popular not only among the trips lovers, but also among the travelers who prefer sportive entertainments. One of the most essential resting places for Poznan’s guests is …

Open
A walk in Citadel, the city's largest park, can also turn into an exciting tour. The area of this park is more than 100 hectares, its formation began in 1963 and ended in 1970. Today, during a walk in the park, you can see a lot of symbolic monuments, the preserved part of old fortifications, the Military Museum, as well as an old military cemetery. 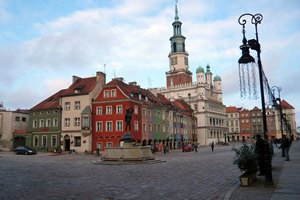 Tours of the Cathedral Island (pl. -Ostrów Tumski) is extremely popular among travelers. This picturesque island framed by the Warta River's arms accommodates many interesting attractions. Many beautiful buildings built during the Middle Ages have survived here, including the Archbishop's Palace, the Archcathedral Basilica of St. Peter and St. Paul, and the Church of the Blessed Virgin Mary. In one of the island's beautiful historic buildings, you can find the Archdiocesan Museum presenting many unique religious artifacts.
Advices to travellers: what you should know while being in Poznan
1. Travelers who arrive to the railway station “Poznan Main” and plan to use taxi service need to remember one important feature. They can call taxi to main entrance absolutely free in …

Open
In the heart of the city, one of the beautiful old buildings houses the Archaeological Museum, the collection of which began to form in 1857. During the Second World War, a unique collection of antiquities was miraculously saved. The museum building was completely restored by 1968. Now its visitors can see incredible finds belonging to the Stone Age, as well as a very interesting collection of coins. 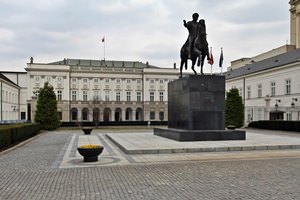 One of the most beautiful and interesting places for walks would be the Botanical Garden, which is part of the research center at Adam Mickiewicz University. The garden occupying an area of more than 20 hectares contains more than 7,000 species of plants typical for different climatic zones. In the Botanical Garden, you can also discover an exhibition complex regularly hosting interesting photo shows and all kinds of thematic events.

This guide to iconic landmarks and sights of Poznan is protected by the copyright law. You can re-publish this content with mandatory attribution: direct and active hyperlink to www.orangesmile.com.
Poznan - guide chapters 1 2 3 4 5 6 7

Survived castles around Poznan
♥   Castle 'Imperial Castle' Poznau, 0.7 km from the center. On the map

National and city parks around Poznan
♥   National Park 'Wielkopolski Park Narodowy' , 15.7 km from the center. On the map

♥   Landscape Park 'Rogaliński Park Krajobrazowy' , 19.1 km from the center. On the map

♥   Landscape Park 'Park Krajobrazowy Promno' , 22 km from the center. On the map

♥   Landscape Park 'Park Krajobrazowy Puszcza Zielonka' , 23.2 km from the center. On the map

♥   Landscape Park 'Lednicki Park Krajobrazowy' , 33.2 km from the center. On the map

Art galleries in Poznan and around
♥   Art museum 'Poznań' Poznań, 1.1 km from the center. On the map

Search touristic sites on the map of Poznan

Sightseeing in regions nearby Poznan

Wroclaw
Wroclaw is a unique city, a town of twelve islands that are connected through a system of bridges. There are 112 bridges in total here. Wroclaw has managed to keep the beauty of medieval architecture up to our days. Here you will find, for example, Town Hall – a magnificent building referred to gothic times or Leopoldina Hall that is famous as the largest building in the ... Open »
Lodz
Numerous cultural events traditionally take place in Lodz. Among them are the festival of Polish and international techno music groups that is organized here each September; Lodz is also often called "the capital of Polish cinema." Such architectural complexes as Kindermann Villa, "Ksiezy Mlyn" and many other palaces add unforgettable charm to this place. The majority of them ... Open »
Szczecin
The first advantage is a well-developed transport infrastructure. Besides this, the city has achieved the highest level of reception organization. The level of service here is comparable with best tourist centers of Europe. Large number of attractions and beautiful nature provide guests of this city with amazing rest and the possibility of getting an unforgettable ... Open »
Liberec
Liberec is an important center of textile industry. Here are well-developed the production of woolen, silk, cotton and other fabrics. Machine building and car manufacturing are also on a high level in Liberec. In this city are often conducted fair trades devoted to textile. Tourists, who come to Liberec, may find particular interest in city’s Town Hall, which 65-meter tall ... Open »
Berlin
The Berlin Wall. During approximately 30 years citizens of Berlin were separated by The Berlin Wall. It served as a boundary between the communist East and the capitalistic West. Nowadays, the largest part of the wall was disassembled, but sometimes you still can see the marks on the pavement. These are the places where the wall used to be located. The Berlin Wall was ruined on ... Open »
Gdansk
Gdansk is a large port on Baltic Sea. This is also an industrial center with well-developed machinery building and petrochemistry. Moreover, ships building and food industries are other specialties of this city. Such spheres as electronics, telecommunications, pharmaceutics and cosmetics are yet at the stage of formation. Amber processing is also an important segment of ... Open »

All about Poznan, Poland - sightseeings, attractions, touristic spots, architecture, history, culture and cuisine. Prepare your trip together with OrangeSmile.com - find out the 'must see' things in Poznan, which places to visit, which excursions to take, where the breathtaking views are waiting for you. Planning your trip with this travel guide will help your to get the most out of Poznan in few days.