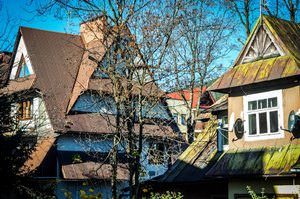 The traditional cuisine of Poland is diverse; it was influenced by several different countries, including France, Russia, Austria, and Ukraine. Polish treats are rich in carbohydrates. Legumes, potatoes, cereals, and wheat are main ingredients. The cuisine is rich in the unsweet bakery, porridges, and side dishes. Such an abundance of carbs is associated with historical peculiarities of agriculture. For centuries, there were forests instead of pastures. Therefore, the local people ate a food that could be bred in the fields and in forests. Meat dishes are cooked mainly of pork and game; rabbit meat is common too. Polish national cuisine has its own recognizable taste. The dishes are often quite salty and acidic. Sour ingredients and hot spices are added.
Things to do in Poland - active leisure
Poland has the richest natural resources. The coast of the Baltic Sea is to the north. About a third of the entire territory is occupied by …
Read further
You can find a wide variety of soups in Polish cuisine. Quite unexpected products, including nettles, sorrel, and dandelions are used in cooking. One of the most unusual soups is czernina. Its taste may seem too extravagant if you are not prepared in advance. The soup is cooked with goose giblets and blood, vegetables and spices. Another unique soup is chlodnik. Its basis is beet kvass, to which eggs, cucumbers, greens and sour cream are added. It is customary to add dumplings in classic beetroot soup in Poland. Due to this, the dish gets a fundamentally new taste. There is also white borsch. It is cooked on basis of green vegetables, with sausage and eggs. Be sure to taste the mushroom soup, which is served in a bread pot.
The classic treat is bigos, which absorbed the whole palette of tastes of the national Polish cuisine. There are many ways to cook this dish. The main ingredients are meat and stewed cabbage. Garnish is most often mixed. Sauerkraut, meat, sausages or pork can be used as a meat component. Parts of a stew are cooked separately. They are mixed only on the final stage. Forest mushrooms, spices, prunes give the spicy taste to the dish. Another classic second course of Polish cuisine is kolduny. These are small pelmeni made from soft and plastic dough, into which an egg is added. Kolduny can be stuffed with meat, vegetable or a sweet filling, which is, most often, cottage cheese or fruit. Another variety of kolduny is potato balls fried in vegetable oil. Copyright www.orangesmile.com
What you need to know about Poland prior to visit - advices
1.Poland is a part of the European Union, but the country has its own currency - the Polish zloty. A small coin is a Polish grosz. 2. You can exchange …
Read further
A unique dish of potatoes, which emphasizes the commitment of the Poles to the vegetarian menu, is kopytko. Finely grated potatoes are mixed with flour and spices to make a thick dough. The latter is formed in diamonds or small hoofs or kopytka. The dish is served with a creamy mushroom sauce or as a side dish to meat. Poledwiczki wolowe, which is smoked beef loin, has a saturated taste. Most often, it is served as a sausage. That's one of Polska's favorite snacks. Beef is the most common meat; pork or horse meat are served less often. Also, it is worth to try parzybroda, which is another kind of bigos. That's a smoked bacon with stewed cabbage. 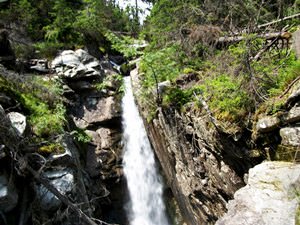 Treats of freshwater fish deserve a special attention. The classic method of cooking fish in Poland is frying or stewing in a sauce with a garnish. The herring cooked in a sour cream sauce, fish meatballs with cornichons and baked fish with horseradish have a very special taste. Polish sweets are considered one of the most delicious in the world. Most of the desserts are made of short pastry. A multi-layered shortcake made from sandy dough with jams of different tastes is very popular. Another national treat is galaretki, which is fruit jelly with whipped cream. Fresh black and red currant juices, fruit kissels, and kvass are very popular. It’s customary to serve local vodka at large feasts, as it helps to digest carbohydrate food.

♥   Restaurant 'Butchery and Wine' Warszawa. Type - Meats and grills. On the map

Cuisine and restaurants in popular cities of Poland

Krakow
Cherubino restaurant is located in the center of Krakow. In addition to large selection of national dishes, visitors are offered to try widest choice of drinks and cocktails. Next to the restaurant is located a bar with the same name. This is truly a great place for evening relaxation. Braised veal and stuffed duck are considered the specialties of Chimera restaurant. The spacious restaurant’s hall is perfect for special occasions. Here you can arrange a wedding or a birthday banquet. Fans of … Read more

Warsaw
Belwedere restaurant is very famous among luxury dining facilities of the city. This restaurant is located in a beautiful park. The restaurant is open in an elegant historic building. The menu of Belwedere consists mostly of popular dishes of international and Polish cuisines. Among signature dishes of the restaurant are such delicacies as venison in plum sauce, beef with marinated mushrooms and dumplings with raspberry. The opening of beer restaurant Browarmia Królewska took place in 2005. … Read more

Poznan
There is not any lack of different restaurants and cafes in this city. One of the most popular Poznan’s cafés is Kociak, everyday hundreds of people who love aromatic coffee and hot chocolate visit it. Young visitors will appreciate the unique desserts and a great assortment of ice-cream. Among restaurants of national cookery it is necessary to note Pod Pretekstem. This restaurant offers the most popular local dishes; as for potato with curd, the clients regard it as the most notable dish. … Read more

Wroclaw
Modest and elegant restaurant of Casablanca is famous for its amazing home cuisine. This place will be liked by fans of simple and healthy food, as well as by visitors who are keen on fine wine. There is also a beautiful ballroom in the restaurant, and in the evening guests are able to watch an interesting entertainment program. Darea restaurant, which specializes on Korean cuisine, has prepared for its visitors a huge choice of amazing delicacies and wonderful oriental dishes. Among the … Read more

Lodz
Devote fans of Irish beer will find a proper place to restore and enjoy the favorite drink. A cozy pub Irish Pub offers to its guests the most popular beer sorts and a good selection of snacks and specialities. The evenings in the pub are always accompanied with live music and cozy and home like atmosphere. The special attention should be given to the Soplicowo Restaurant among all other restaurants of Polish cuisine. This is exactly the place to try the most popular ethnic treats cooked after … Read more

Katowice
Fish and meat dishes occupy an honorable place in the national menu. All kinds of poultry dishes are no less popular. Salads and baked potatoes are often used as a side dish. It should be noted that potatoes are one of the most common ingredients. Potatoes are used for cooking soups or can be used as a standalone dish. Some culinary facilities offer to order a few boiled potatoes in addition to a first course dish instead of traditional bread. This is also a part of the local culinary … Read more

Lublin
Besides wonderful pastries, the regional cuisine is also distinguished by a variety of first courses that remain relevant at any time of the year. A very unusual soup is Forszmak, the name of which coincides with the name of the famous fish snack. This meat soup is cooked with salted vegetables so the taste turns out to be very interesting. The traditions of serving the first courses are also pretty interesting in regional restaurants. Some soups are usually served exclusively in bread bowls. … Read more