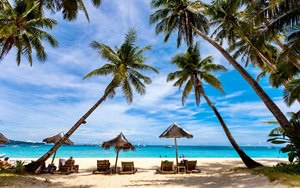 The Philippine islands are well known as a popular beach resort, but the archipelago can be proud not only of its beautiful nature because this country is home to many interesting historical landmarks and amazing old buildings. Fort Pilar, which is located in Zamboanga City, has become a signature sight of the country. The fort was built in the beginning of the seventeenth century in order to protect the city from attacks of pirates and other hostile tribes. The complex is surrounded by a tall stone wall, there are also traces of a ditch on perimeter. The fort has been transformed into a museum that currently exhibits a large collection of architectural findings. Don't forget to visit the chapel of Virgin Mary and the garden that is also located in Fort Pilar. This place is a favorite destination of rest not only for tourists but also for locals, who enjoy charming and cozy atmosphere of the fort. There are many wonderful parkways and benches, where one can seat, relax and enjoy birdsong.
For active traveler - national parks, landscapes and nature of Philippines
More than 7,000 Philippine Islands are located in the tropical marine climate zone. Summer, characterized by heat and dry weather lasts from January …
Read further
Taal Volcano remains one of the most famous natural landmarks of the country. This volcano is also known as the smallest active volcano in the world. Its height is only 350 metres, and there is a lake in the spiracle. Travelers are welcome to climb up to its top and enjoy stunning panoramic views of the area.
The most famous religious landmark of the Philippines is located in the capital of the country, Manila. This is San Agustin Church, the building of which was finished in 1607. The church's arc is decorated with magnificent sculptures of lions, and its spacious niches are decorated with statues of saints. The magnificent ceiling made by famous Italian masters remains the biggest attraction of the church. Copyright www.orangesmile.com
Unique sights of Philippines from our series 'Extreme places on Earth'
These spots really worth the attention of a real traveler-researcher. …
Read further
The Orchid Gallery is one more famous attraction of the capital. This park is located right in the heart of the city. The gallery was founded not long ago - yet ten years ago this place was nothing but an ordinary parking lot. Nowadays, the park features numerous winding cozy roads, charming observation decks, bridges, flower beds and trees. There are also several miniature waterfalls, fountains and man-made lakes in the park. Beautiful fretted benches, sculptures and arbors - this magnificent place is really worth visiting. When you visit the park, don't forget to attend the pavilion of butterflies that was open by initiative of internationally famous company Nokia. 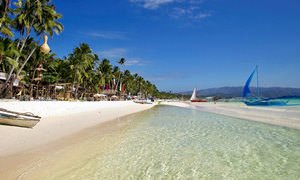 When you're done with Manila, it's time to move to another beautiful place - Cebu. The vicinity of this city is home to Taoist Temple, a beautiful Chinese monastery that was open in 1972. The building is located on the top of a hill, from which visitors will enjoy stunning panoramic looks of the coastline and neighbor islands. The monastery is quite unusual from an architectural point of view - it's made out of colorful stones and its facade is decorated with traditional Chinese dragons.
National cuisine of Philippines - specialties, recipes and restaurants
The uniqueness and exoticism of the cuisine of the Philippines is due to the mix of cultures of the peoples living in the country. The culinary …
Read further

In the course of archeological researches, it was found out that the territory of the Philippine Islands had been populated by representatives of different ethnicities and cultures until the 5th century AD. In the 5th century, the islands were settled by the people of Southern China. In some written sources, there are references that the islands were regularly visited by Chinese merchants in the 8th century. The important point in the history of the archipelago was the first Arab visits in the 14th century. 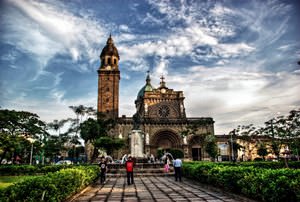 The European discoverer of the islands was Ferdinand Magellan. His team was the first to board one of the islands in 1521. At that time, the islands were under Rajas. On the archipelago, there had been quite a self-contained internal governance system even before the Europeans’ arrival. The first Spanish settlements in the islands were formed in 1565. They were preceded by a series of bloody battles between colonizers and local residents.
National traditions and mentality of people in Philippines
The culture, customs, and traditions of the Philippines have been influenced by the peoples living here throughout the country's history. Aeta is the …
Read further
The archipelago had been under Spain for almost 200 years. In 1762, as a result of the big battle, Manila was conquered by British troops. Spain managed to regain its rights in no time. Already at the end of the 19th century, as a result of the Spanish-American War, the archipelago came to the USA. The Philippines gained independence from the USA in 1946. 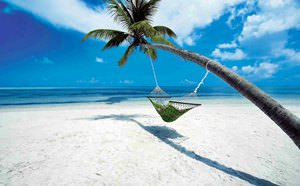 At present, besides luxurious beaches and tropical landscapes, the Philippine Islands are notable for their upscale dive sites. There are over 7 000 sites on the archipelago. In addition, the islands are perfect for surfing and other sports. Divers come here from all over the world to admire rare corals, exotic sea dwellers and beautiful shells. The most favorite place of divers is Manila. It will be also interesting for them to visit Mindoro.
Philippines cultural sights. What to see?
Attractions in the Philippines are very diverse. They are represented by colonial-era buildings, natural attractions, and indigenous villages. You can …
Read further
Those who prefer surfing visit the island of Catanduanes. Its main attraction is the Puranan Beach that is famous for constant strong waves. The coast of La Union is very popular with beginners. Professionals will certainly see the true value of the beach of Balabog. For many years, it has been a place where international surfing competitions are regularly held. In the Philippine Islands, you can combine beach recreation with admiring historical and cultural attractions.

This article about iconic landmarks and sights of Philippines is protected by the copyright law. You can re-use the content, but only under the condition of placement of an active link to www.orangesmile.com.
Philippines guide chapters 1 2 3 4 5 6 7 8 9 10 11

National and city parks of Philippines
♥   National Park 'Aurora Memorial' . On the map

Palaces in Philippines
♥   Palace 'Palacio del Gobernador' . On the map

Famous and uniques places in Philippines from our review series 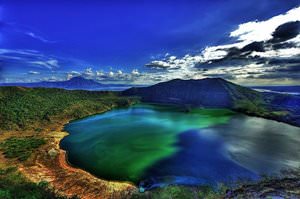 The Philippines has an active volcano too. It is one of the well-known and visited touristic place of the whole archipelago. The smallest supervolcano that has formed on the planet 500 000 years ago. The volcano’s caldera has a wonderful lake, which changes after every eruption. After the last, the lake has received a new 23 square kilometres island.

Taal Volcano is one of the most active volcanoes in the world. The scientists keep an eye on it from 1572. Since that time, it has erupted more than 30 times. The last large eruption was in January 1911. It has taken 1 335 lives. The last eruption was in 1975 year and 200 people lives were ended. In the 1990s the volcano began to show some actions of activity. Until now their number continues to increase.

Unfortunately, it is quite hard … Read all 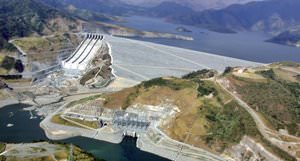 San Roque Dam in the Philippines is one of the biggest rock-filled dams in the world. It is placed on the Arno River. This dam is in a list of 20 largest dams of the planet. Its high is 200 meter and width – 1 200 meters. The dam composes a large artificial lake, which area is about 12 000 square meters.

Year by year the lake engorges with water during the rainy season. Then this water is used not only for electricity output but also for irrigation of the nearby fields. The dam was finished in 2003 and now its water is enough for all year-round irrigation of 700 square meters area.

Earlier it was quite difficult for locals to service the agricultural crops. The Philippines climate is quite drought. During this time, it is very hard to maintain the necessary moisture level on fields. … Read all 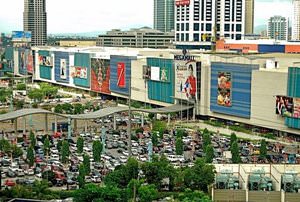 SM Megamall is the biggest mall in the Philippines and one of the biggest in the world. It is situated right in the centre of Manila. 800 thousand people visit this mall every year, most of them are tourists. The shopping mall was opened in 1991 and contained of two huge halls - "A" and "B". The mall is appealing to people not only for the variety of shining shop-windows but also for cozy cafes and restaurants, among which there are the exclusive one.

On the first floor, basically, you will find gastronomical and entertainment shops. And also, there are some areas with rides and arcade machines for children. On the second floor the visitors can find exclusive expensive restaurants and of the same level shops. In these shops people can buy clothes and accessories of the world leading … Read all
All unique sightseeing Philippines

Sightseeing in popular cities of Philippines

Manila
The most visited cultural site in the city is the Ayala Museum. Its opening was in 1967. Now within the walls of the museum, there is a rich collection of archeological and ethnographic exhibits that were brought here from various regions of the Philippine Islands. The most unusual exhibits are hand dioramas, on which the most important moments from the history of the Philippines are captured. Fans of unusual attractions will like the Shoe Museum, which bears the name of the famous actress … Read more