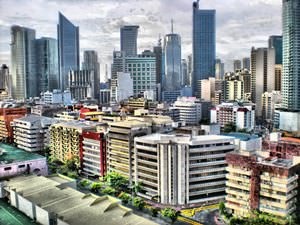 The uniqueness and exoticism of the cuisine of the Philippines is due to the mix of cultures of the peoples living in the country. The culinary traditions of Spaniards, Koreans, and Indians formed the basis of the local cuisine. Some dishes are obviously influenced by Chinese, Arabic, and French cuisines. The basis of the diet is rice, as in many Asian countries. It is cooked as a separate dish, used as a side dish or instead of bread. Rice is fried, boiled, and added to appetizers and salads. Boiled rice is often used as a side dish for fish, seafood, and vegetables.
What you need to know about Philippines prior to visit - advices
1. You should get travel insurance for the entire duration of your trip to the Philippines. You can do this through any travel agency or insurance …
Read further
Rice with cocoa is one of the most unusual side dishes. Cocoa is added to boiled brown rice along with starch. This rice is usually served with fish. Locals love fried rice "morisqueta tostada". It is served with seafood. The dough for local dumplings is made from rice flour. Lontong is rice sausages cooked in banana leaves. This is the traditional food of the peasants. It is convenient to carry the dish in this form for them. In addition, this rice is stored for a long time.
It is believed that noodles are introduced to the culinary traditions of the Philippines from Chinese cuisine. It is made from various ingredients: rice, wheat or buckwheat flour. Pancit is noodles made from rice flour. It is cooked with the addition of various ingredients: meat, fish, and seafood. There are about 16 types of pancit, including the recent invention of pancit bihon. This dish is not familiar to the Chinese. It's a typical Filipino dish. Pancit bihon is made from noodles. It is fried with meat, chicken liver or fish meatballs, carrots, beans, and cabbage. Copyright www.orangesmile.com
What to see and what to visit in Philippines with children
The Philippines is a real tropical paradise and an opportunity to please your child with the sun and sea during the cold winter months. The period …
Read further
The most popular meat is pork and poultry. Many dishes are cooked on their basis. Lechon baboy is an entire suckling pig roasted on a spit. This dish is considered festive. Lechon manok is a chicken cooked in the same way. It is pre-marinated. Lechon Kawali is pieces of pork fried on coals and then deep-fried. It is served with a special spicy sauce. Pancit Molo is a casserole of pork and/or chicken meat with the addition of mushrooms and broth. Tsitsarong is fried pig skin. Adobo is made from finely chopped marinated pork and chicken, adding rice and vegetables. 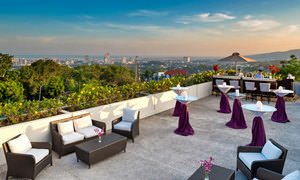 The popular tinola soup is made from chicken. Papaya and Moringa leaves are also included. A large amount of ginger is a feature of the dish. Monggo is another soup loved by Filipinos. It is made from green lentils, onions, garlic, meat, and Moringa leaves. Filipino housewives but not only chefs in restaurants love to cook this dish.
Shopping in Philippines - best shopping places, what to buy?
Many products from China and Taiwan are sold in the Philippines. Prices are very low here. So it's better to take a bigger suitcase with you. Many …
Read further
Filipino cuisine is quite spicy like most Asian national cuisines. The Spanish influence softened it only a little. Spices, seasonings, herbs, and sauces are used actively and variously. Vinegar of various types is used for making sauces, gravies, and marinades. Soy sauce, coconut milk, curry, and lime juice are very popular. Many dishes are abundantly flavored with onions, garlic, and ginger. 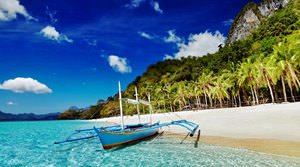 Some of the dishes include unusual components. For example, the leaves of the Moringa tree are part of many dishes. They contain huge amounts of calcium, vitamin C, vitamin A, potassium, iron, and magnesium. Sweet potato leaves are used to make a dish called Laing. They are stewed in coconut milk with spices and chili. In addition to meat and vegetables, an unusual component – plantain (vegetable banana) is added to Pochero.
When and where to 'hang out' in Philippines - festivals and celebrations
Holidays which are usual for the whole world, and local holidays, which are unknown in Europe, are celebrated in the Philippines. This is due to the …
Read further
The locals eat a lot of fish and seafood. Bangus is made from milkfish. It is extremely simple to cook this dish. Cleaned and marinated fish is fried in oil. Garlic rice, fried egg, and papaya are served with it. Kinilaw is reminiscent of Spanish and Peruvian ceviche. This is a popular snack of raw fish (less often – lightly fried meat) with a sauce of vinegar, ginger, onion, and coconut milk. 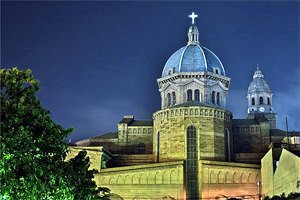 Most desserts are made from numerous local fruits. Halo-halo, an unusual local cooling dish is made on their basis. It is a mixture of ice, fruit, and local condensed milk. It is considered local ice cream. Dulce de Leche (sweet milk) came to the local cuisine from Spain. It is extremely similar to condensed milk. It is eaten separately or added to other dishes. Ginataan is made from coconut milk. There are many varieties of this dish. For example, this is a sweet soup or rice balls. An unusual sweetness is made from glutinous rice with coconut milk, cream, and banana leaves.
For active traveler - national parks, landscapes and nature of Philippines
More than 7,000 Philippine Islands are located in the tropical marine climate zone. Summer, characterized by heat and dry weather lasts from January …
Read further
Filipinos drink a lot of lemonades from local fruits, iced tea, and ginger tea (salabat). Coffee is also popular here. Its Filipino variety is called barako. It's pretty strong. Beer, rum, palm wine, and fermented coconut milk are popular alcoholic beverages in the Philippines. Many Filipino dishes are eaten with hands or with a spoon and fork at the same time.

This article about national cuisine of Philippines is protected by the copyright law. You can re-use the content, but only under the condition of placement of an active link to www.orangesmile.com.
Philippines guide chapters 1 2 3 4 5 6 7 8 9 10 11

Cuisine and restaurants in popular cities of Philippines

Manila
Those looking for solitude and quieter ambience are advised to visit the Pepato restaurant. Its spacious hall can comfortably host a large company of friends. The speciality of the eating house is considered to be unique Parma starter. It is a plate of mixed frozen fruit pieces wrapped in the thinnest slices of parma ham. Among main courses carbonara pasta is in the focus of gourmands. Dainty fruit desserts and refreshing ice tea will be a perfect addition of the meal. Genuine Spanish dishes … Read more